Rick Sebak recounts the time the singer played a free show in the Steel City. 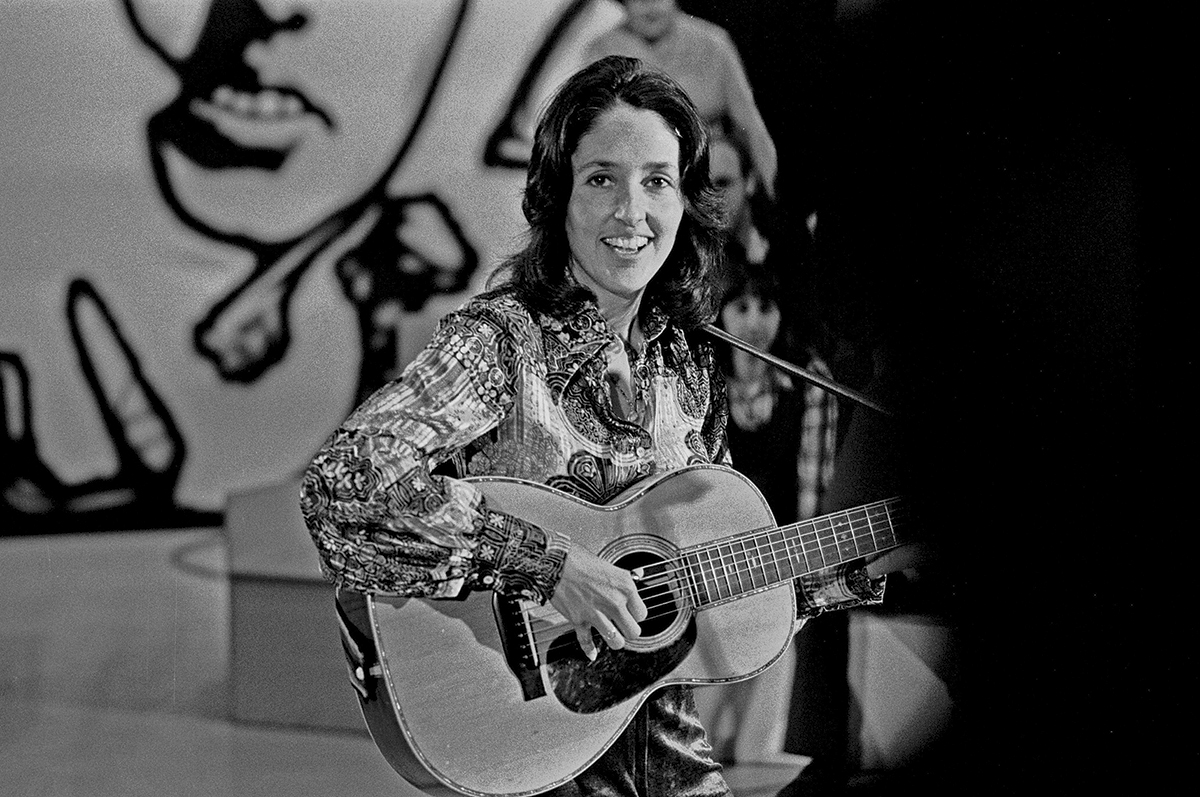 On Friday, Aug. 29, 1969, Joan Baez gave a free concert at Point State Park. On a simple stage set up on the fountain side of the Interstate portal bridge that crosses the park, she accompanied herself on guitar. She was five months pregnant, and her clear voice rang out over a crowd of about 7,000 fans.

I was 16 years old, and I was there with friends for the first half of the concert. I remember it as a beautiful, exciting and powerful performance.

America then was fighting the seemingly endless Vietnam War, and Baez’s husband, David Harris, went to prison the month prior for resisting the draft. Two weeks before this Pittsburgh concert, Baez had been the closing act on the first night of Woodstock. Her appearance here connected us to the wider world — to political movements and to the biggest musical event of the decade.

It wasn’t Joan Baez’s first appearance in our town. On Nov. 2, 1962, the Music Guild of Pittsburgh booked the 21-year-old to perform at the Carnegie Music Hall in Oakland. She had cut three very popular LPs by the time she came to Pittsburgh. Baez returned to perform two shows at the Syria Mosque in 1965, on a tour she shared with her then-sweetheart — a young folk singer named Bob Dylan. Since 1963 she had helped to boost his fame by including him and performing with him at many of her concerts. They would perform together many times over the years, but those Pittsburgh appearances at the Syria Mosque were their last as dual headliners.

Through the Civil Rights era and Vietnam War, Baez became almost as renowned as a political activist as she was a singer. Her appearance at Point State Park in ’69, sponsored by the Pittsburgh Students for Peace and Pittsburgh Draft Resistance, was as much a rally as a concert (although the Pittsburgh Post-Gazette would report the next day that “The majority of more than 7,000 who attended came to hear her voice in song, and were less interested in causes and politics.”).

I remember that as Baez came on stage, a line of police officers appeared along the bridge above the stage. The P-G reported: “The policemen who were on hand to control the crowd were almost unanimous in their praise of the orderliness of the audience and the cooperation the police received.”

I recall her singing “Joe Hill” and the powerful sound of her voice. I know she also sang “Suzanne,” “Kumbaya” and “We Shall Overcome,” which she had sung at the Lincoln Memorial as part of Dr. Martin Luther King Jr.’s 1963 March on Washington. But I didn’t get the chance to listen to Baez sing those three classics.

My friends and I left halfway through her show because we had tickets to see Iron Butterfly and other acts that evening at the Civic Arena; unlike the free Baez show, we had paid for the tickets to the arena. We considered this free Baez concert an appetizer, but something was very wrong with the arena’s sound system that night: The crew couldn’t amplify any of the vocals for the bands, so it was all instrumental rock. I’ve always regretted leaving Joan Baez early.

Special thanks to Cindy Ulrich at the Carnegie Library’s Pennsylvania Department and Rich Engler for their help with this column.

This article appears in the August 2014 issue of Pittsburgh Magazine.
Categories: Rick Sebak