The mad scientist of Big Science Music is making noise—with anything he can find.

A man, his guitar, soft ambient lighting … and the roar of a lawn mower? It’s just another day in the studio for Jay Green, owner of downtown-based Big Science Music. After working in the advertising business for more than 20 years and producing music for thousands of radio spots and TV commercials, Green has mastered the art of the 30-second single. A more versatile, real-life version of Charlie Harper from CBS-TV’s “Two and a Half Men,” he creates catchy jingles by tickling the ivories of his vintage pump organs, shaking maracas and even strumming ukuleles.

Green and his handful of Big Science team members have produced plenty of catchy tunes for clients like Kennywood and Sheetz, but it’s the music Green has composed for TV advertisers like the Pittsburgh Zoo and Xbox that is earning him awards and international attention. At this year’s Pittsburgh American Advertising Awards, Big Science picked up two golds and two silvers for music composed for the Pittsburgh Zoo & PPG Aquarium, the Children’s Hospital of Pittsburgh, IC Light and the Pennsylvania Department of Health. Big Science also took home two Gran Prix Lions at the Cannes International Advertising Festival for its 2008 composition for the ad campaign promoting the blockbuster Xbox video game Halo 3.

One look at Green strumming his six-string behind his booth of scattered notebooks and vintage Fender amps, and you can tell the whole “award thing” doesn’t faze him. “I quit school in ninth grade to become a rock star,” says Green, who grew up in Braddock.

“I intended to make a living by making music. And I am.” 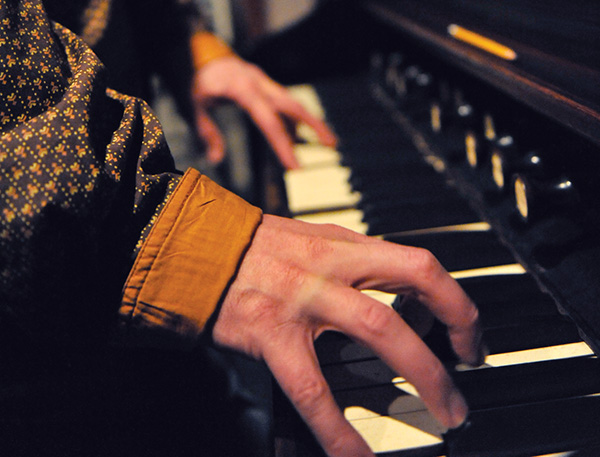 He’s certainly keeping the rock ‘n’ roll alive, from the leopard-print stairs leading down into the Big Science studios to his after-hours gig as a guitarist for local band Meeka in Jail (playing at a bar near you). Green’s 12 to 16 hour days in the studio have him experimenting like a mad scientist in a playground of traditional instruments and random noisemakers like vacuum cleaners, golf balls, pop bottles and, yes, even lawn mowers. Big Science’s arrangement for a commercial promoting the Xbox video game Gears of War features raw, starkly haunting war-drum beats worthy of a Hollywood horror score. But the always-resourceful Green simply used a small toy drum to record the percussions, hammering away with plastic drumsticks late one night in his empty studio. “Music is music,” he explains. “Sometimes you can get the biggest sounds out of the smallest, most unusual instruments.”

Big Science’s studio space itself is a work of art, rivaling any professional gallery with its eclectic mix of pop art and antique treasures. “They all tell a story, you know?” Green says while gazing at his wall-sized, retro Isaly’s sign, which he stumbled upon during a drive through Meadville to pick up a vintage Vespa scooter for his collection.

The unconventional composer understands the power of stories. By telling compelling tales with only a half-minute of sound, Big Science Music continues to make noise on the national advertising scene. Not bad for steel-town kid with a love for rock ‘n’ roll. Now if only he could find where he put that ukulele.

This article appears in the June 2010 issue of Pittsburgh Magazine.
Categories: Community Feature