Jay-Z Takes an Iconic Selfie at The Andy Warhol Museum 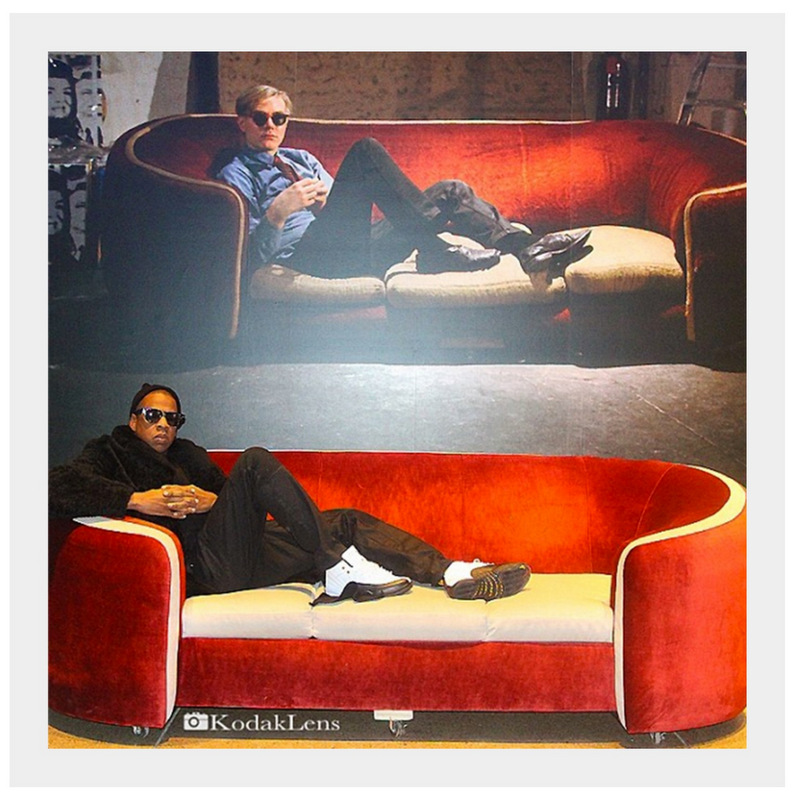 For those who wonder how seriously Jay-Z takes himself, the rapper was nice enough to clear that up during a Tuesday visit to The Andy Warhol Museum. In a picture that photographer Lenny S. posted on Instagram, Mr. Shawn Corey Carter posed as the late pop artist.

“I got Warhols on my hall’s walls,” Jay-Z rhymed back in 2008. He reiterated his credentials in 2013, rapping, “I'm the new Jean-Michel, surrounded by Warhol, my whole team ball."

Self-promotion notwithstanding, Jay-Z’s pose is G-rated compared to many of the other activities that have taken place on The Factory couch, which starred in a 1964 short film directed by Drella himself. 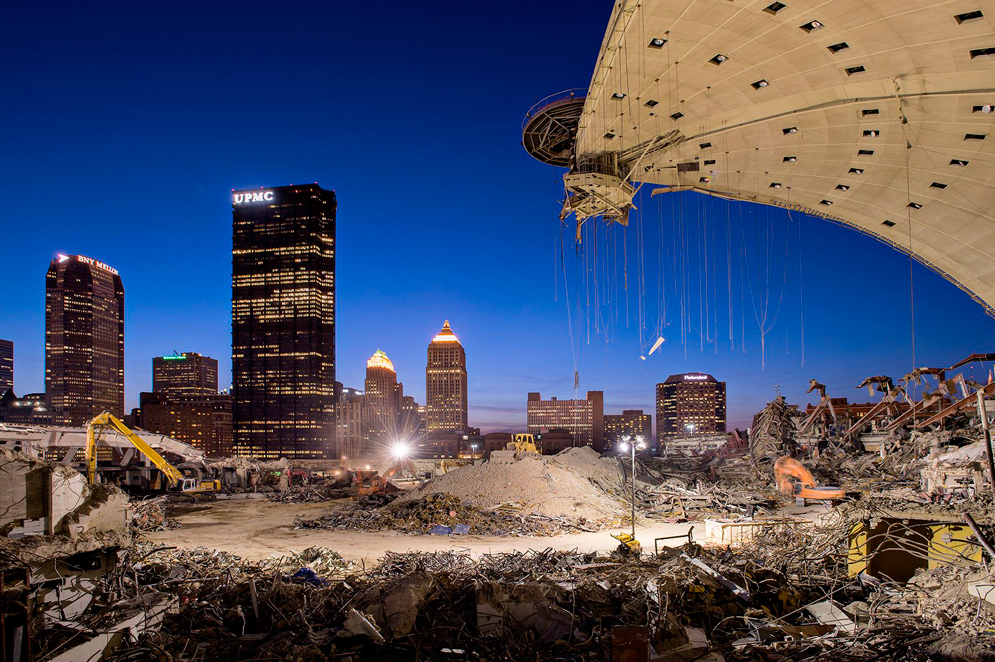 
While Lenny S. was taking a portrait of the artist as a rapper, an exhibit across the Warhol Bridge was decidedly more deconstructionist — literally speaking.

A 707 Penn Gallery showing by local photographer David Aschkenas documents the last days of the Civic Arena, which closed in 2010 and was subsequently torn down. Aschkenas, the only photographer given full access to the arena during its demolition, took more than 10,000 photos, some of which he also published in a book last year.

“Remembering the Igloo” will be on view through March 2. Access to the Pittsburgh Cultural Trust gallery, located at 707 Penn Ave., is free to the public. 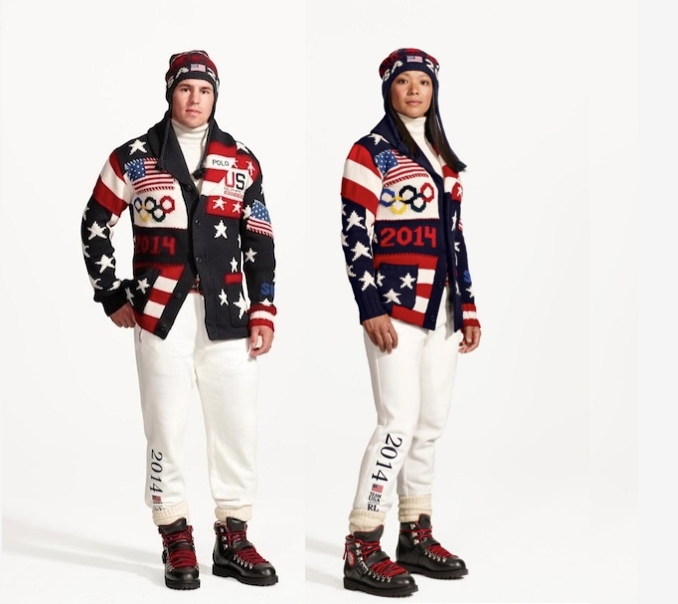 
Some critics have compared Team USA’s uniforms for the upcoming 2014 Winter Olympics opening ceremony to “granny sweaters,” and it’s easy to see why. But it’s more fun — and patriotic — to think of them as a post-Cold War take on Apollo Creed’s fight outfit. Diplomacy is a little murkier, and we have to temper our brazenness with a little irony.

While most of the reactions from Twitter users and others online have been negative, Team USA’s Pittsburgh athletes — including Lauryn Williams (see our February issue for more on her) and Penguin Paul Martin — have been silent on the uniforms.

It’s safe to say everyone’s jealous of the Norwegian curlers’ uniforms, which make the athletes look like they were sentenced to hard labor in a penal colony overseen by Willy Wonka.