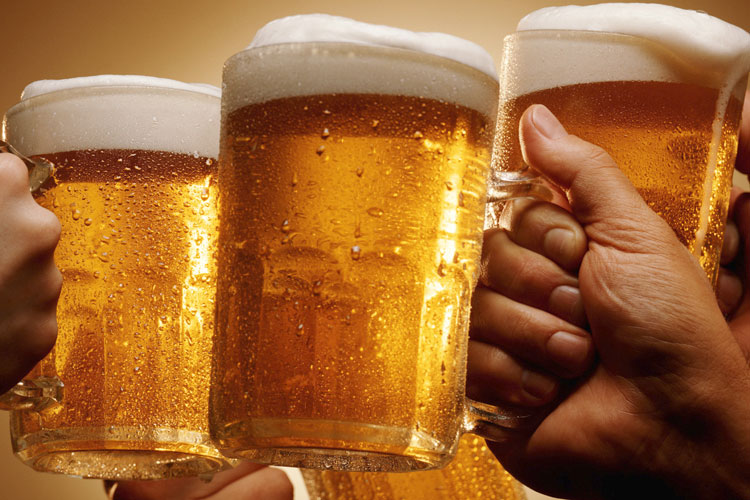 Runners spend months prepping for marathons, a race that stretches human endurance like a rubber band. For me, several decades hoisting beers is barely prep for Denver’s Great American Beer Festival, a three-day bender worthy of a Hemingway book.

The bacchanal, now in its 35th year, fills the sprawling Colorado Convention Center with 780 breweries serving some 3,800 beers, from pungent IPAs to cucumber-infused sours, doled out by the ounce.

This might seem measly, barely enough to inebriate a chipmunk. But consider GABF as a massive ice cream shop. Several plastic spoons of vanilla swirl and chocolate peanut butter are easy to lick. Multiply that by 300 and, well, ick.

In Denver’s mile-high air, where alcohol hits harder than a heavyweight’s left hook, one is the booziest number.

Getting drunker than Ryan Lochte isn’t my GABF goal. Instead, my Olympian task is strolling the concrete floor, chock-full of 60,000 revelers outfitted with pretzel necklaces, and make sense of the latest flavors and scents.

Trend winds forever gust in unexpected directions, and this year’s festival swirled with pilsners, Oktoberfest-ready lagers, and coffee everything, while German-inspired sours swam with fruits right at home in a Florida time share’s fridge.

Here are the trends that will take over American beer in 2017.

Fall Into Lager
This year’s gourd backlash has seen brewers hit the pumpkin brakes. Into the potpourri-scented void came beers infused with maple syrup and my pick for fall’s new darling, the märzen. This might seem like old news, as these Oktoberfest-ready lagers—märzen is German for March, when the beers were brewed and stored till fall—have endured for centuries. Small wonder: The style’s collision of crispness, caramel sweetness, and food-pairing mojo (sausages, pretzels, fried chicken) has Revolution Oktoberfest, Left Hand Oktoberfest, and Hi-Wire Zirkusfest poised to recapture fall’s throne.

Juice Is Loose
The IPA is no longer the ’roided-up wrestler pile-driving palates with bitterness. It’s as soft as soufflé, fruity and tropical as ambrosia salad (the secret sauce: hops such as Citra and Mosaic), a hazy dreamboat that smoothly sails down your throat. The beers are downright juice, a phrase that was loose at GABF describing Great Notion’s Juice Jr., Alvarado Street Brewery’s Contains No Juice, Left Coast’s Hop Juice, and Sam Adams Rebel Juiced, the brewery’s latest brand extension. It was revealed during a morning press conference, during which I fittingly partnered the IPA with OJ.

This article appears in the January 2017 issue of Pittsburgh Magazine.