The East Allegheny jazz club now offers discounts to guests who put away their phones on Wednesday nights. 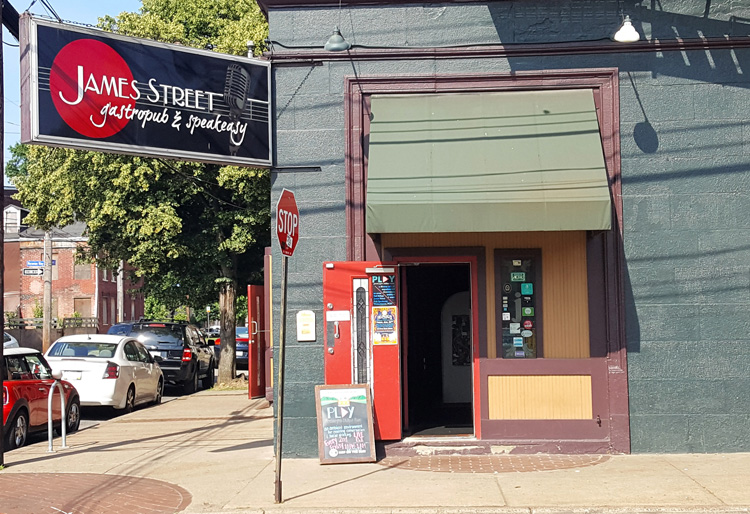 The social faux-pas of handling your phone during a night out rather than immersing yourself in the environment and in-conversation with those surrounding you is something that's increasingly dominating contemporary culture.

James Street Gastropub and Speakeasy, on Foreland Street in East Allegheny, wants to shake things up. The pub, which has a reputation for booking some of the best jazz acts in the city, hopes to be known for something else — offering guests the option to go phoneless during their meals.

“We found ourselves doing the same exact thing. Sitting at the bar liking each other’s pictures on Facebook and Instagram when we were sitting right next to each other,” Saftner says.

We kind of just laughed and said, we should do a night where we don’t let anybody have cellphones.”

Shortly after that, Saftner and Co. created their ‘cellphone-free’ nights at the restaurant.

On cellphone free nights — each Wednesday — servers will give guests the option to have their cellular devices taken and moved to a safe location at a table away from patrons. Their objective is to not only encourage more personal interactions but also remove the distraction the devices cause fellow patrons and performers at the establishment.

“There were a few people that didn’t make it all the way through,” Saftner says about the official launch on June 8. “There was an older, elderly couple that lasted about five minutes, which was surprising. I figured they would’ve been the best at it.”

Guests who decide to partake in the restaurant's ‘hands-free’ environment will receive a twenty percent discount towards their check. Not a bad incentive for the anti-tech trailblazers. After all, sometimes it is best just to hide the technology and enjoy your night out.