In a league of his own making, the famous writer cast himself as the skipper of a (fantasy) Pittsburgh ball club. 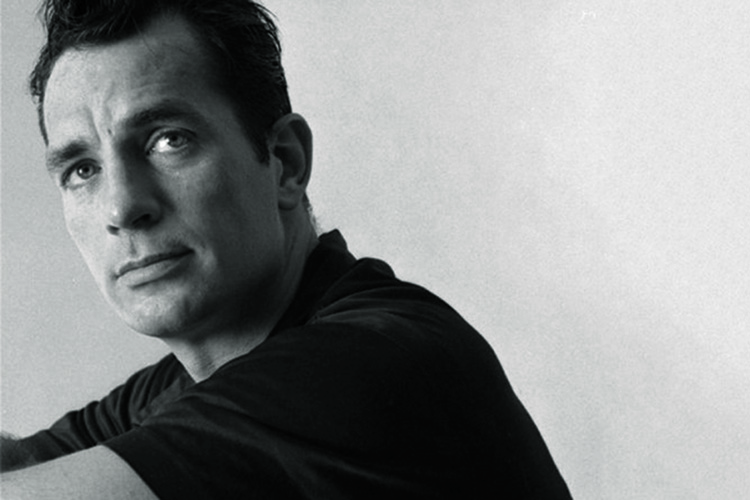 Sometimes the line between fact and fantasy can be blurry. So is the case of Jack Kerouac’s largely dreamy connection to Pittsburgh.
Recently, I went to the Carnegie Library to get a copy of Kerouac’s 1957 classic “On The Road.” I forgot that it was a novel; the librarian set me straight. The beat-era classic feels like a memoir — but a fictional character named Sal Paradise narrates the rambling-around-America tale, not Kerouac (although they often seem very similar).

It gets more confusing when you look at “On The Road: The Original Scroll,” the “legendary first draft” published in 2007. In the original, typed 1951 version — described as “rougher, wilder and racier than the 1957 edition” — the names of the people such as the “holy con-man” Neal Cassidy and the poet Allen Ginsberg haven’t yet been changed to Dean Moriarty and Carlo Marx, respectively, and Kerouac himself is the first-person narrator. It’s closer to non-fiction.

In the 1957 version, there are chapters; in Chapter 13, after spending some time out west, Sal Paradise catches a ride in a new car driven by “a fiddler for a California cowboy band … It was the fastest, whoopingest ride of my life,” Sal says, before he’s dropped off in Hollywood. “Then I bought my bus ticket to Pittsburgh. I didn’t have enough money to go all the way to New York. I figured to worry about that when I got to Pittsburgh.”

In both versions, Jack/Sal meets a female passenger on the bus; “we necked all the way to Indianapolis,” he reports. She gets off in Columbus, Ohio; our narrator then writes, “I slept all the way to Pittsburgh. I was wearier than I’d been for years and years. I had three hundred and sixty five miles to hitchhike to New York and a dime in my pocket. I walked five miles to get out of Pittsburgh and two rides, an apple truck and a big trailer truck, took me to Harrisburg in the soft Indian Summer rainy night.”

In his journals, “Jack Kerouac: Windblown World,” he writes about another frugal visit to Pittsburgh in 1949: “In a hot noon I got off the bus to wait for the Chicago coach. Walked in downtown Pittsburgh to find a cheap lunchroom. Was already weary from the night’s traveling. I found a lunchroom and had two 5 cent cups of coffee with some of my sandwiches.”

Although Kerouac seems to be often weary in Pittsburgh, he also has an interesting connection to the city through a fantasy baseball league he created in Lowell, Mass. He imagined an elaborate national sports league with teams named after cars and colors; he made up the Boston Fords, the New York Chevvies and Philadelphia Pontiacs, among others. He created players and statistics, using cards, marbles and darts to determine the outcome of invented games. He listed himself as manager of the Pittsburgh Plymouths, with players like Paul “Sky” Tibbs, Rob Sokolka and Gus Texas, among others. He apparently kept playing through this imaginary league all his life.

This unusual, somewhat secret activity, which The New York Times called a “hobby,” was explained and celebrated in the 2009 book “Kerouac At Bat: Fantasy Sports and the King of the Beats,” written by Isaac Gewirtz, a curator at the Jack Kerouac Archive at the New York Public Library.

Kerouac passed away in 1969 at age 47; he was famed as an author, but sadly unrecognized for his fantastical connections to Pittsburgh’s sporting scene.

This article appears in the March 2018 issue of Pittsburgh Magazine.
Categories: Rick Sebak