It's Spring Carnival Time at CMU 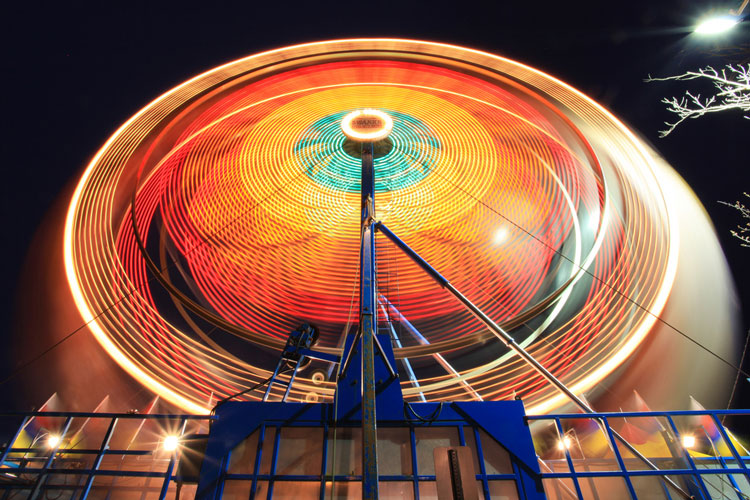 CARNEGIE MELLON HOSTS 101st SPRING CARNIVAL
Buggies, bots, booths and a bit of a bottleneck — not much has changed for Carnegie Mellon’s 101st spring carnival. Plans for this year’s version of the annual carnival, which will run Thursday through Saturday, include on Friday and Saturday morning the 95th anniversary of the Sweepstakes buggy race, a competition in which teams of student organizations (such as fraternities and sororities) build and race composite vehicles. The buggies — pushcarts with a driver inside — travel up to 35 miles per hour on the 4,400-mile course, which spans Tech Street, Frew Street and Schenley Drive. At noon on Friday, the 21st edition of Mobot Races begins. In this event, students and alumni race hand-built robots. New booths based on the theme “Living Library” will be on display on Midway, the center of the carnival, starting at 3 p.m. Thursday. The carnival will cause detours on several streets in Oakland:
Forbes and Morewood avenues will be closed near the campus intermittently from 6 to 11 p.m. Friday;
Margaret Morrison Street, Tech Street, Frew Street, Circuit Road and Schenley Drive (including Panther Hollow and Schenley bridges) will be closed from 5 a.m. to 12:30 p.m. on Friday and Saturday.

Most of the carnival events are free to the public.

PITT NAMES NEW DEAN OF BUSINESS SCHOOL
Arjang A. Assad has been named dean of the University of Pittsburgh's business school, effective July 1. When Assad assumes his role as the Henry E. Haller Jr. Dean of the Joseph M. Katz Graduate School of Business and the College of Business Administration, he will bring more than 20 years of experience in acclaimed research. Assad is in his seventh year as the dean for the school of management at the University at Buffalo, and he also has worked at the University of Maryland’s business school. Assad’s academic and research work also includes serving as a member of the editorial board on such scholarly journals as Operations Research, Transportation Science as well as Production and Operations Management. He takes over at Pitt for John Delaney, who will assume a faculty position after serving as the business school’s dean for nine years.

RACHEL CARSON FILM PART OF EARTH DAY EVENT
As part of its Earth Fair, Duquesne University will show a film on renowned Pittsburgh environmental scientist Rachel Carson. The screening of the 52-minute film, “The Power of One Voice: A 50-Year Perspective on the Life of Rachel Carson,” is scheduled for April 22 at the Earth Fair in Duquesne’s Mellon Hall. Panel discussions will follow, held by Dr. Patricia DeMarco, the movie’s producer; Dr. John Stolz, director of the Center for Environmental Research and Education; Dr. Brady Porter, associate professor of biological sciences as well as Lauren Drumm, president of the the Duquesne Ecology Club. The event is free and open to the public.

This article appears in the April 2015 issue of Great Minds.
Categories: Great Minds