It's a Hockey Weekend in Pittsburgh

Watch the return of Sid and company at our favorite hockey bars. 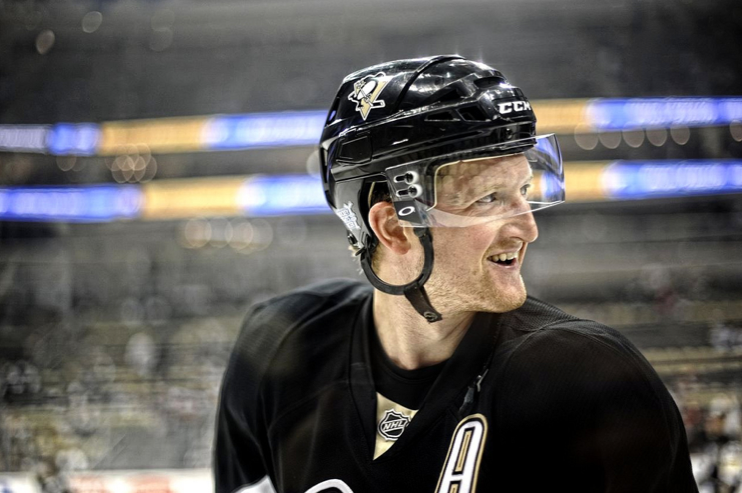 Hockey Nights Return
We’ve told you how to get by without it. We’ve told you how to prepare for it. Frankly, we’ve done a few tap dances to distract you from it. Finally, at precisely 3 p.m. this Saturday, NHL hockey will come back to life in the city of Pittsburgh. Well … on TV, anyway.

Unfortunately, your 2013 Pittsburgh Penguins will begin their abbreviated campaign on the road, opening the season with games at Philadelphia (3 p.m. Saturday, airing on NBC) and New York (7 p.m. Sunday, airing on Root Sports). You may want to take up residence on your favorite couch for these first showdowns, but if you'd like to celebrate with fellow puckheads, PMweekend would like to remind you that our favorite bars for hockey are The Smiling Moose, Hough's and Sharp Edge Beer Emporium; grub and brews from any of the three are sure to leave you smilin’ like a butcher’s dog, as Mike Lange might put it.

To showcase everyone’s hard work, Take A Shot At Changing the World became a digital media competition for middle- and high-school students across the region. This year, at the third annual contest, more than $10,000 will be given away to student participants — plus, attendees will celebrate the life and legacy of Martin Luther King Jr. on Saturday during the contest kick-off event at the Sen. John Heinz History Center. The festivities will feature a special screening of acclaimed documentary The People Speak.

Latitude 40 is Swiss Army Nightlife
Latitude 40 is a massive two-story entertainment complex tucked in the Pointe at North Fayette (within close proximity to The Mall at Robinson). It’s the second effort from a company called Latitude Global, whose M.O. is to fit so many activities into a building that everyone within 100 miles will be drawn in by something. Bowling, drinks, food, movies, comedy, music and more — all under one roof. But is it worth the trip? Get the whole story in this week’s edition of After Dark!

In Theaters: New films coming to Pittsburgh this weekend include Broken City, Mama and The Last Stand — and none of them were screened for local audiences, so PM Film Critic Sean Collier has got nothin’ on ’em. He’d suggest, then, that this is a fine weekend to get an early start on catching any Oscar nominees you may have missed. Sean’s favorites are Zero Dark Thirty, Argo and Les Miserables; multicategory nominee Beasts of the Southern Wild is also back for a return engagement at the Harris Theater tomorrow.

The Magic Moment Wedding Sale, which is going on all weekend at the Pittsburgh Mills Mall, offers brides-to-be a chance to buy everything new in one spot. Click here for more info.

Pittsburgh Restaurant Week gives you an excuse to visit eateries you've been dying to try for months. Click here to see the list of participating businesses.