It’s a Hockey Wedding in Pittsburgh

This Pittsburgh couple was brought together by their love of hockey — and what better way to celebrate their New Year’s Eve wedding than with an outdoor game? 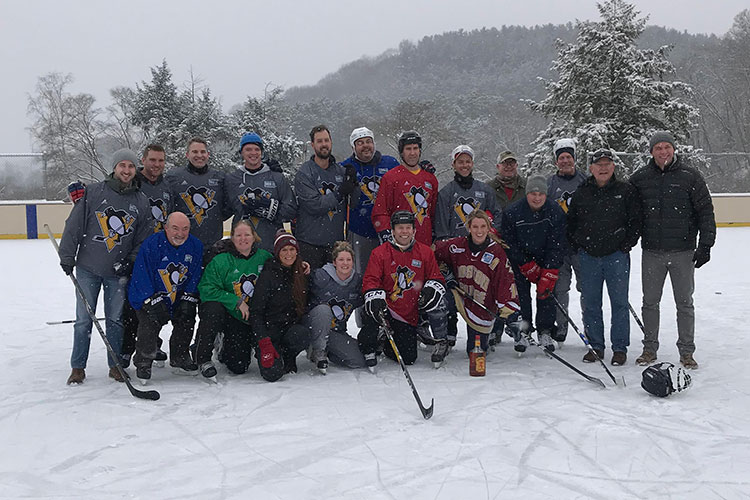 Maggie Joyce played hockey all of her life; so did Ty Hennes. So it wasn’t surprising that they met at a USA Hockey event in Texas; Ty was working for the organization at the time.

They meshed their love of hockey with their romance on their wedding day on Dec. 31, 2017; they kicked off the celebratory activities with a face-off.

“I scored the first goal of the game right off the face-off,” Maggie says, adding with a laugh: “It set the tone.” 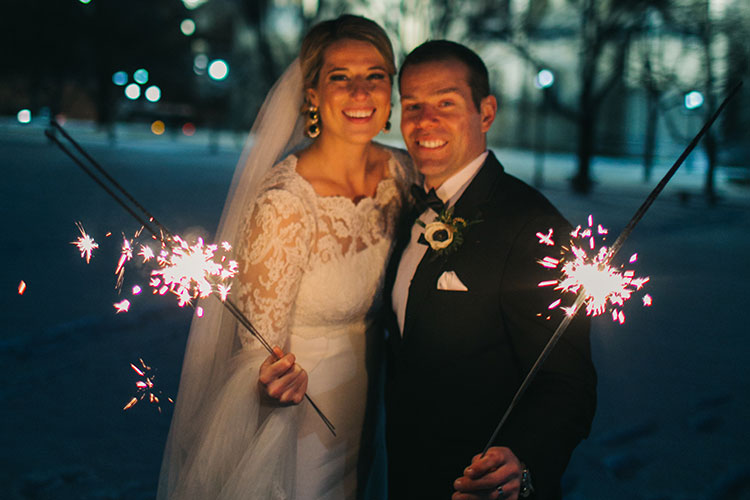 The two decided on a New Year’s Eve wedding because it wouldn’t interfere with Ty’s job schedule: He’s the skills and development coach for the Pittsburgh Penguins; the couple moved here for his job in 2016. Maggie’s from Boston and Ty’s from Seattle, so they had a lot of out-of-town guests coming in and were looking for a way to bring them all together. A hockey game seemed to be a perfect fit.

They rented ice at North Park and invited their bridal party and guests to participate in the game and/or join them for a public skate after. Because both Maggie and Ty had grown up playing hockey, a number of their friends were players as well.

“It was a really fun time to get everybody together — a bunch of our family members and other people came and watched,” Maggie says. 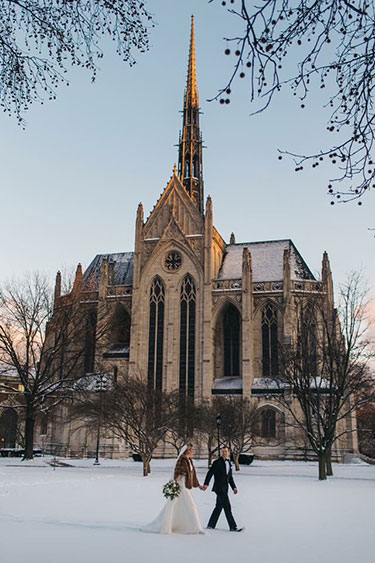 Ty’s groomsmen brought his old Boston College uniform for Maggie to wear at the game; they didn’t attend college at the same time, but BC and Maggie’s alma mater, the University of New Hampshire, are rival schools.

The next day, the couple was married at Heinz Memorial Chapel with a reception at the Edgeworth Club. The University of PIttsburgh campus was quiet since students were on break, allowing the couple to get pictures on the Cathedral of Learning lawn in freshly fallen snow. But Maggie says the polar vortex that had just hit did make getting outdoor pictures interesting.

But as hockey players, the couple was used to the cold.

“We were probably the only ones who dared to venture outside,” Maggie says.