Pittsburgh’s Groove Cheesesteak Co. is giving 15 Philly cheesesteak purveyors a run for their money in a statewide poll and the folks in Philadelphia aren't happy. 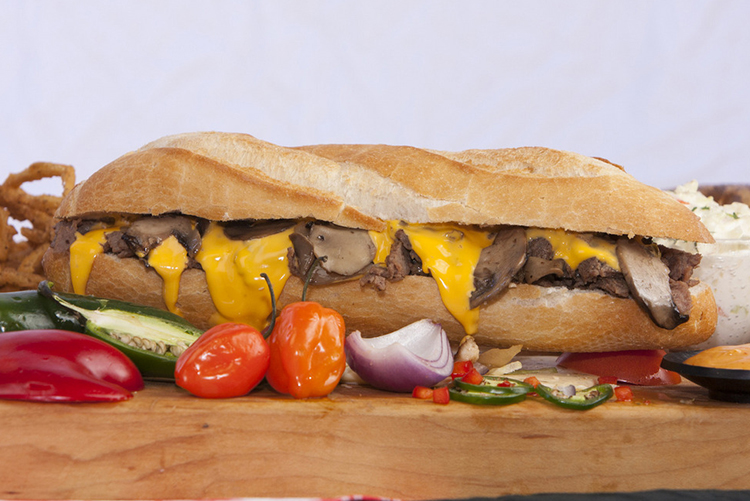 Few things divide Eastern and Western Pennsylvania like comfort food. Each major city claims an iconic sandwich as its own. For Pittsburgh, it’s Primanti’s; for Philadelphia, it’s the the cheesesteak — but Pittsburgh is starting to infringe on Philly’s long-held sandwich territory.

In a USA Today poll asking readers to choose the best cheesesteak in Pennsylvania, East Carson Street’s Groove Cheesesteak Co. was atop the leaderboard (as of Thursday morning), over a litany of Philadelphia steak shops.

The poll asked readers to choose from a list of 20 Pennsylvanian cheesesteaks compiled by Sandwich America, an organization dedicated to finding the best sandwiches in the country. Eleven of the cheesesteak shops on the list are in Philadelphia proper, and another four are in the suburbs. Only one, the Groove Cheesesteak Co. (formerly Southside Steaks), is in Pittsburgh.

While the folks at Philadelphia Magazine have been seized with righteous indignation, it seems to us as though they see the writing on the wall. Who says the best cheesesteak in the state needs to be in Philadelphia?

There’s a reason people now think of Pittsburgh — not Philadelphia — when they think of food in Pennsylvania. Pittsburgh’s burgeoning food scene has been featured time and time again by national news outlets, and it looks as if the trend holds steady when it comes to cheesesteaks. The cheesesteak may have been born in Philly, but that doesn’t mean Pittsburgh can’t take away the “Best Cheesesteak” title.

Philadelphia’s population may be five times that of Pittsburgh, but it’s clear who has more regional pride. The poll closes on May 9 at Noon. You can cast your vote here.