Is Phil Kessel The Final Piece of Penguins' Playoff Puzzle?

Slowly but surely, the Penguins have become a group that excels individually and collectively at not being denied. 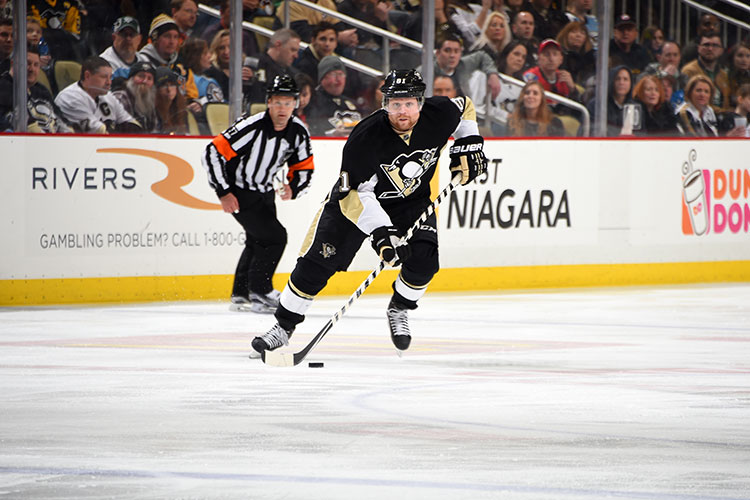 A run of seven wins over the first eight games in this latest extended stretch without Evgeni Malkin stood as further evidence that the Penguins are getting it together.

They may only be waiting on Phil Kessel at this juncture to truly become playoff ready.

And they may not be waiting much longer.

Kessel was brought to Pittsburgh to score goals, a lot of them.

But his performance through February had been disappointing enough that even USA Hockey had declined to include Kessel, a two-time Olympian, on its initial 16-player roster announced on March 2 for next season’s World Cup of Hockey (an Olympic-type tournament in a non-Olympic year).

Forget letting the Penguins down; the message to Kessel from his country couldn’t have been misinterpreted: “Uncle Sam Doesn’t Want You.”

Seven more players will be added to the U.S. World Cup squad prior to June 1, so there’s hope for Kessel yet.

The same goes for his current team if Kessel continues to play as he did last weekend. 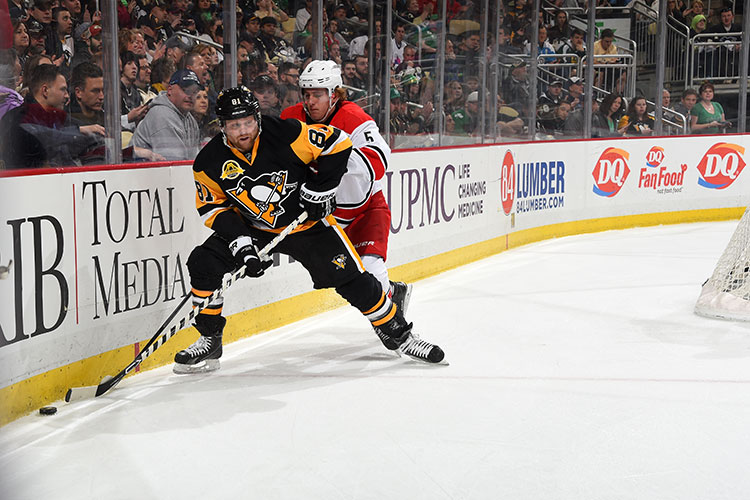 With the Penguins pushing hard to continue overcoming Malkin’s absence and secure their spot in the postseason, Kessel exploded for a combined seven points in two games against the Red Wings and the Rangers, including a career-high five at Detroit. In doing so he found the net in consecutive games for the first time since Nov. 6-7.

Kessel was a different player in those two games.

Defenseman Kris Letang noticed the difference, the results and the correlation between the two.

The characterization was graphic but also accurate.

Head coach Mike Sullivan had been pleading since his arrival in December for Kessel to get “between the dots” and shoot the puck.

Although it’s a lot riskier between the face-off circle dots than it is on the perimeter, the former remained the place Sullivan maintained Kessel needed to be in order to maximize his effectiveness.

Now comes Letang’s dung-and-dirty suggestion that Kessel do what’s necessary, not just to score 23 goals through 75 games (a decent total for mere mortals) but to do what the Penguins need him to do on a consistent basis.

The rest of the team has gradually become rather adept at refusing to succumb to distraction.

Slowly but surely, the Penguins have become a group that excels individually and collectively at not being denied, at not letting anything the game throws at them prevent them from playing their game.

Kessel establishing that he’s ready, willing and able to ante up and stick his nose in there, as well, could be the final piece to a puzzle.

Sullivan has used the words “conviction” and “determination” and “resiliency” of late when taking the Penguins’ temperature.

What if Kessel can grasp the conviction to be determined and resilient the rest of the way?

“What I love about our team is we’ve been down in games and we don’t get rattled,” Sullivan said. “This team, I think, has grown so much over the last three months where we don’t left the different ebbs and flows and the adversities in the game affect us.

“I strongly believe we have a tough team because we play through lots of circumstances and we don’t get deterred or distracted from our game. I think that has become part of the identity of this group of players right now. I think it’s really helping us become a difficult team to play against.”

Kessel, it appears, is on board with the rest toward that end.