Is Bruce Arians to Blame for the Sunday Night Debacle?

The Steelers' offensive guru had a no good, very bad day. 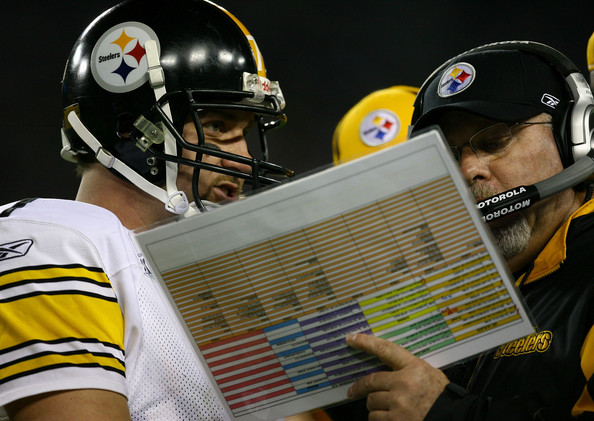 Is the sky really falling? The view from Pittsburgh this morning is a hazy and bleak one, both literally and figuratively.

An unusually petulant Tom Brady and his band of lunch-pail workaholics picked apart the Steelers’ allegedly stout defense until there was nothing left of cornerback William Gay but a heap of spandex smouldering on the turf.

Bill Belichick was partying like it was 2004, grinding down a more talented opponent with obsessively-executed underneath routes, check-downs and well-timed runs. Shockingly, the Patriots ran the ball on downs that were not first down, a concept the Steelers cannot seem to fathom. 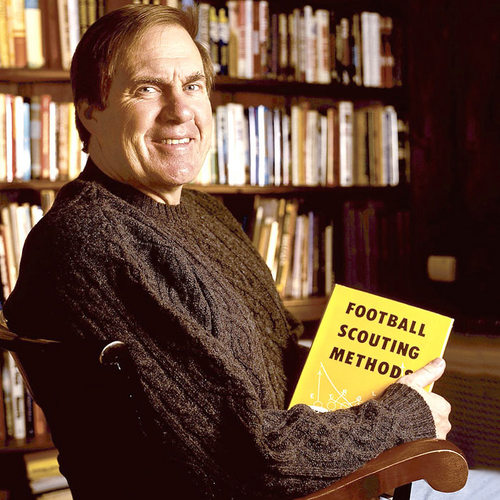 Whenever a defense is making an undrafted schmoe like BenJarvus Green-Ellis look downright competent, you know it’s going to be a long night. The lawyerly-named running back scampered for 87 yards, the most the Steelers have given up all season.

But of course the real star was Brady, who threw for 350 yards and had the Steelers secondary second-guessing themselves all night. Even Troy Polamalu seemed adrift. The Flyin’ Hawaiian had just two tackles in the game. But that was a humdinger of a total compared to defensive lineman Ziggy Hood, who recorded zero tackles.

Hood must start playing like a first-round pick. Period.

How much do the Steelers miss the injured Aaron Smith? It’s incalculable. The defensive line failed to get any semblance of penetration on their home field, and Brady finished the game without having even a strand of his perm tussled. He was knocked down just three times. 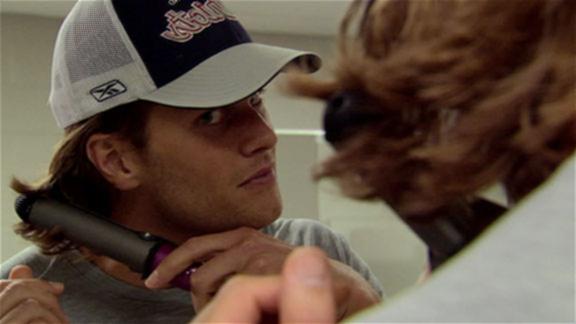 At this point, it’s a running gag to place blame squarely at the feet of offensive coordinator Bruce Arians. Certainly, the Steelers’ 26th-ranked pass defense was exploited. However, one has to wonder why Rashard Mendenhall was given only 11 carries against a Patriots run defense that had been shredded by the the ragamuffin Cleveland Browns for 230 yards a week prior.

Playing from behind is not a valid excuse. Hines Ward was concussed, Ben Roethlisberger seemed rattled from the jump and overwhelmed left tackle Jonathan Scott was being bum-rushed every time the Steelers went to the shotgun.

Yet Arians kept going to the ‘gun with the Steelers down by only a touchdown for most of the first half, then panicked and abandoned the ground game completely in the third quarter, which put the ball back into Brady’s hands time and time again.

There was a lot of damning evidence to emerge from this game, but perhaps there is nothing more telling than this: Do you know which quarterback threw for more yards in this 39-26 blowout?

Roethlisberger actually bested him with 387 yards on a whopping 49 attempts. Sure, those numbers were inflated by garbage-time, but a basic fact remains that seems to be lost on Arians: It’s not about quantity, it’s about quality. Without balance, the Steelers are a predictable mess.

If the season ended today, only 4 of those 10 teams would make the playoffs.

The Steelers managed to grind out wins against playoff-bound teams like Atlanta and Tampa Bay by limiting risk and putting their defense in a position to make plays. With Roethlisberger back at the helm, the Steelers offense is somehow performing worse than the sum of its parts.

No one has suffered more than Mendenhall, who was ranked fourth in the NFL in rushing before Roethlisberger’s return. Now, he’s dropped to ninth.

The offensive line is decimated, sure, but it’s up to Arians to make adjustments. That would include playing to the line’s strength: namely, the solid run blocking of Flozell Adams and Maurkice Pouncey, not to mention Heath Miller.

If Arians learns one thing from Sunday night’s debacle, it should be this: Entrusting ramshackle left tackle Jonathan Scott to protect Roethlisberger’s blind side 49 times in one game is not a prudent game plan.

Has Arians learned nothing from the financial crisis? When you’re exposed to that much risk, eventually the bottom is going to fall out.

Unfortunately for the Steelers, the besieged Scott—all 320 pounds of him—is not too big to fail.

And let’s not even talk about the kicker. 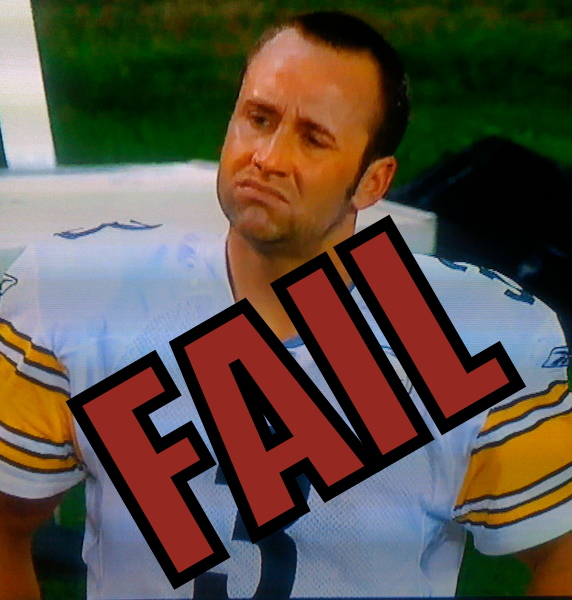