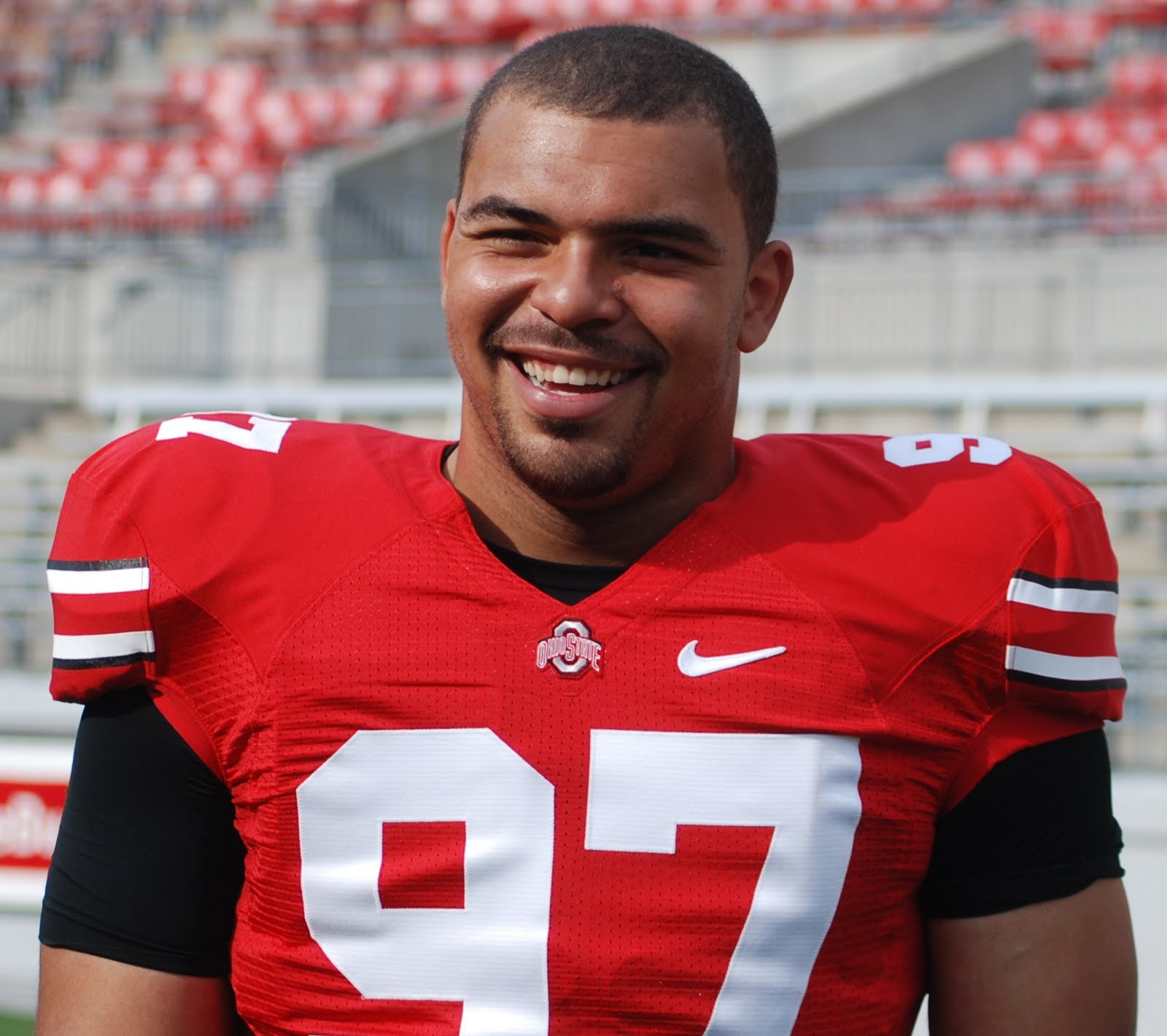 Welcome to the Steel City, Cameron Heyward. Here’s what you need to know about the newest Pittsburgh Steeler:

Who is Cameron Heyward?
A defensive end from Ohio State University.

What’s so great about him?
First off, he’s the son of the late NFL running back Craig "Ironhead" Heyward, so his new nickname should be a lay-up. He also played for four years at OSU and every scout raved about his attitude and work ethic. Mike Tomlin called him "an impeccable young man." This guy should be a true Steeler through and through. Heyward will likely be groomed as the successor to the aging Aaron Smith.

Leading up to the draft, the most common thing you heard from scouts after the name Cam Heyward was "NFL-ready." This guy is smart, which makes you wonder how far coach Tomlin and and defensive coordinator Dick LeBeau can push him.

What did he do in college?
Check out this sweet interception against Miami. Heyward drops back off the line during a zone blitz, reads the QB’s eyes and makes a great play on the ball. LeBeau practically invented the zone blitz. Picture Heyward in black and gold and you’ve got a nice sneak preview of what he can do against Joe Flacco and Colt McCoy.

Any weaknesses with this pick?
Heyward is a big guy at 6-foot-5, 294 pounds, but he doesn’t exactly have the "wow" factor of most first-rounders. He’s strong against the run but only had three sacks in his senior season. Like Aaron Smith, Heyward is a workhorse and will get down and dirty in the trenches on every play to open up seams for linebackers LaMarr Woodley and James Harrison.

Why didn’t the Steelers draft a cornerback?
They clearly didn’t like the talent available, considering how fast they phoned in the Heyward pick. The Ravens selected corner Jimmy Smith just a few picks ahead of the Steelers, which left GM Kevin Colbert with only one option: Texas cornerback Aaron Williams. The Steelers were likely concerned about his speed since Williams only ran a 4.55 40-yard-dash at the scouting combine.

What about the offensive line?
The only available option at the 31st pick would have been Derek Sherrod, an offensive tackle from Mississippi State. Unfortunately, while Sherrod is a solid pass blocker, he didn’t exactly fit into the "smashmouth" personality of the Steelers. He’s more of a finesse blocker, and some scouts worried that his lack of power would affect his run-blocking ability.

What does this mean for Aaron Smith?
It probably means that Smith has signaled to the team that his career is winding down. My guess is that 2011 will be Smith’s last season. The Steelers picked Heyward as insurance for their front-seven for the future. Remember, guys like Woodley, Harrison and Timmons are only as effective as the "hogs" up front let them be.

Final analysis: While many Steelers fans will scratch their heads at this pick with the gaps at cornerback and offensive tackle, this could go down as one of the savviest picks of Colbert’s career. No one has been more instrumental to the Steelers’ continued defensive dominance than Aaron Smith, and with his career winding down, the team needed to pick another responsible, consistent run-stuffer with a ferocious work ethic.

Watch this interview with Heyward. This guy is a born Steeler.