The subtle look of disbelief on the woman’s face in the back row really says it all. Bold. Courageous. Resourceful.

Seventeen-year-old Lucas Spano from McKees Rocks caught the ball. The Pittsburgh Post-Gazette has a funny interview with him, where he gives the blow-by-blow of what was going through his mind as the ball came flying toward him.

“I was about halfway done [with the popcorn],” says Lucas, who has since changed his Twitter handle to the “PopCorn Kid.” 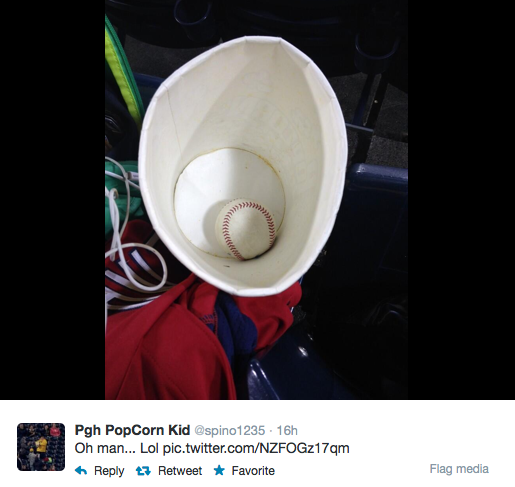 St. Louis Cardinals second baseman Matt Carpenter, who fouled off the popcorn ball into left field in the third inning, even signed the ball after the game. 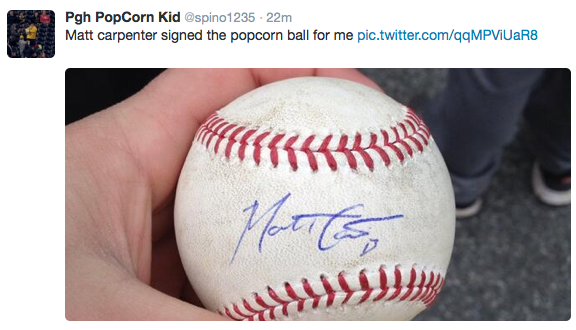