Inside the Ultimate Man vs. Machine Poker Match in Pittsburgh 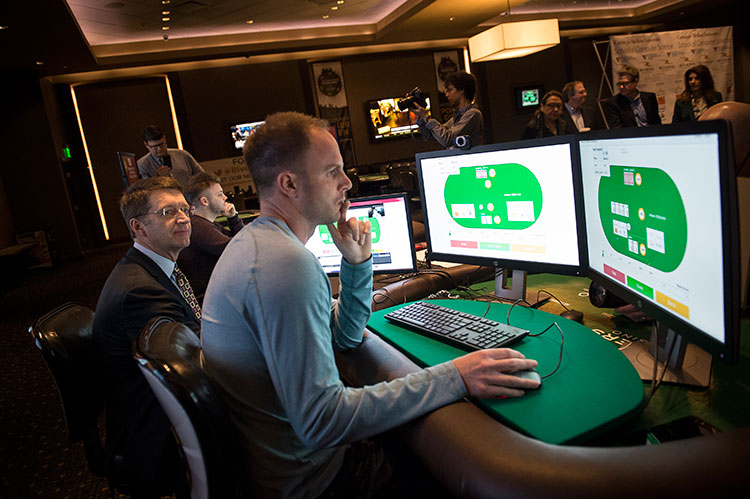 Inside the Poker Room of Rivers Casino, Jason Les takes a deep breath and then raises his bet. The professional poker player has a pair of Kings and a flush –– a good hand.

But Les is feeling the heat from a relentless competitor that makes complex calculations at a dizzying speed.

The 31-year-old Californian is playing in this tournament for more than just a share of the $200,000 prize pot. He’s defending human bragging rights in dominating this complex game of skill.

“Libratus is an extremely tough opponent. It’s really tough to bluff. You can’t be lazy in any single hand. It’s extremely mentally draining,” Les says.  “It is the hardest thing I have ever done in my life.” He and other players are stationed at the casino, each staring at two computer screens as they play two hands back and forth against an opponent across town. 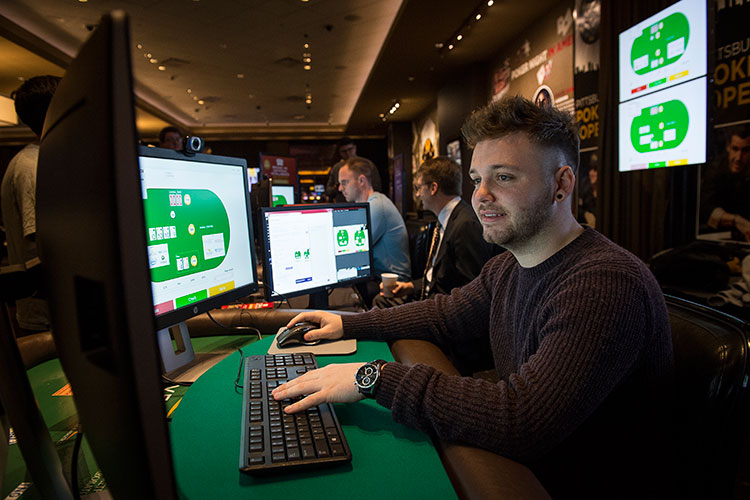 Les likened the tournament to the Ironman of poker because of the long intense days playing one-on-one against opponent that doesn’t need to sleep or break for coffee.  To keep focused, Les, who wears a gray hoodie, gulps from a large water bottle and drops to the floor and does pushups while the bot takes a short pause typically after the fourth card to do real-time reasoning.  After an exhausting day at the casino, Les and the three other pros stay up late in their hotel rooms studying the results and doing statistical analysis.

During day 7 of this tournament, the computer raised its bet against Les’ Kings and flush. “The bot is all in,” said Les, who earned a computer science degree from the University of California-Irvine.  The poker pro groans when Libratus bests him with a straight flush. Poker fans around the world who are watching on a live stream weigh in with comments. RIP. Rigged. Wrecked.

If they get a little emotional or start talking trash about a computer, that’s because the stakes are high. Libratus is the poker equivalent of Deep Blue, IBM’s chess-play computer that beat chess master Gary Kasparov in 1997. Bots have also bested humans in Jeopardy! in 2009 and the board game Go last year.  Rooting for the bot during this poker tournament are students and faculty at CMU.

During Round 1 in 2015, Les and the world-class poker plays had the edge over a previous CMU program called Claudico, which ultimately collected fewer chips than three of the humans.

This time around, Tuomas Sandholm, CMU professor of computer science, and Ph.D. student Noam Brown, developed Libratus from scratch. Rather than developing a strategy, they first wrote the algorithm that computes the strategy using Pittsburgh Supercomputing Center’s Bridges supercomputer. “We aren’t that good at poker,” Sandholm said. “We can create something that is smarter than ourselves. We think of ourselves as the ultimate intelligent being. We are not.”

This highly sophisticated artificial intelligence software has applications beyond poker to other fields, such as business, cybersecurity, biology and medicine. “Poker is just a benchmark,” he said.

Though Libratus came into the tournament as an underdog — Sandholm said betting sites favored humans by at least 4:1 –– the bot has a solid lead the first week. But there is still plenty of poker left to play.

Despite the intense competition, both sides are in awe of each others’ brainpower. Sandholm said about the human poker pros, “I admire so much that they can play such a complex game at such a high level.”

In turn, Les said of the computer scientists, “They are not poker players and they made artificial intelligence that plays this well. That’s incredible.”

The match is expected to end on Jan. 30, but it may be extended in case the humans need more time.

You can follow the match live for free on Twitch. Play starts every day at 11 a.m. and ends between 7 p.m. and 11 p.m. The scoreboard and links to the Twitch streams can be found here.

On the Fourth Day of Christmas, My Pittsburgh Love Gave to Me …

How Pittsburgh Restaurant Workers Count on Each Other

Won't You Be Our Neighbor?

Want to Golf at 6 But You Work Until 5? Look No Further