Inside the Den: Video of Pittsburgh Zoo's Newest Arrival

This birth of the Amur leopard cub is significant because the species is extremely endangered with only about 70 leopards remaining in the wild. 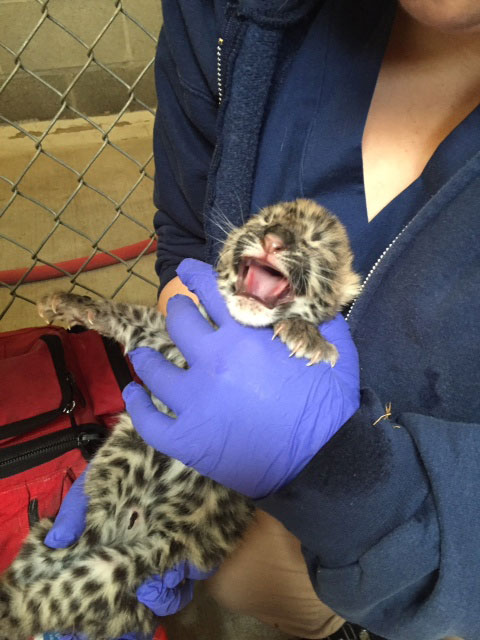 To proud parents, the arrival of any baby is a momentous occasion. But a birth announcement issued today by the Pittsburgh Zoo & PPG Aquarium heralded the arrival of an ecologically vital little creature.

Candy, the zoo’s Amur Leopard, gave birth to a single cub on the morning of February 4. The tiny cat (just 30 hours old in the photo above) represents the introduction of Candy’s bloodline to the species’ North American zoo population — a vital step in protecting the critically endangered species from extinction. As few as 70 Amur Leopards remain in the wild.

For now, the young feline will remain in its den under mom’s supervision. The zoo said in a press release that the yet-to-be-named cub will likely start following its mom out into the habitat after about three months. Candy, by the way, is the oldest Amur leopard in North America to give birth.

While you won’t be able to see the tot in person until then, the zoo provided this footage from a closed-circuit camera inside Candy’s den.