The rooms of the Hotel Monaco leave little doubt that the guest is staying in Pittsburgh. 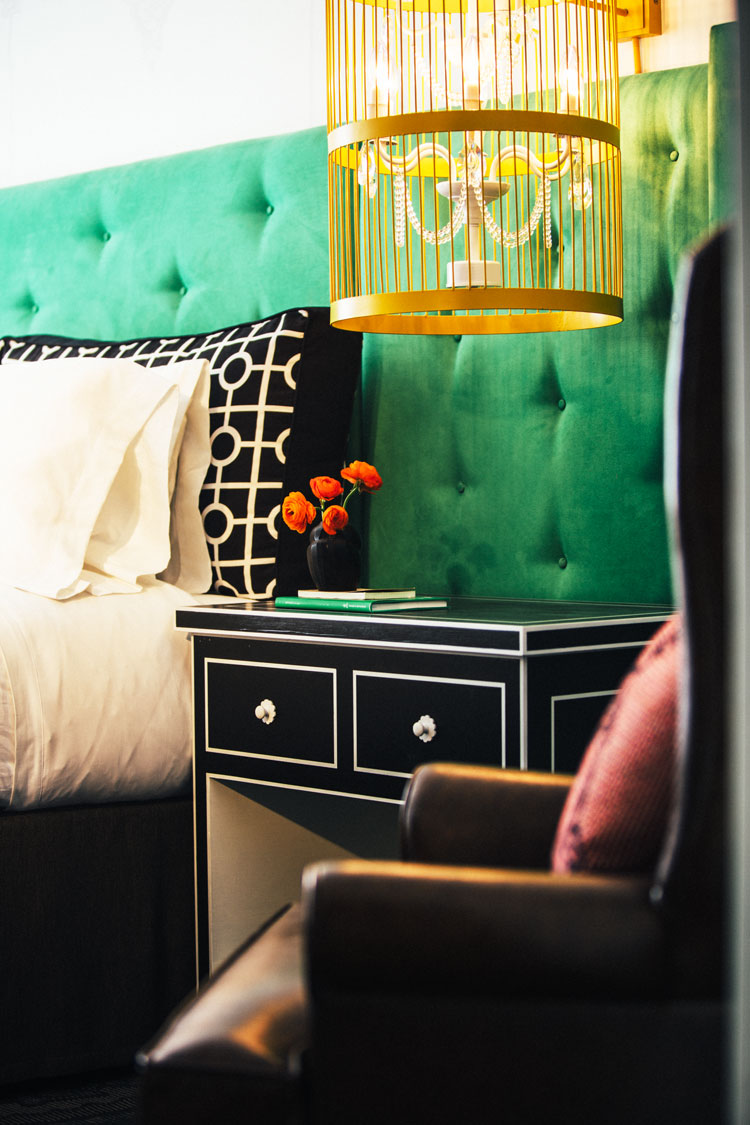 The namesake of a European province has captured the Steel City’s worldly spirit in its latest hotel.

“Are we still in Pittsburgh?” visitors frequently have asked upon entering the more than a century-old building downtown, according to general manager Rob Mallinger.

Kimpton’s Hotel Monaco opened its doors late last month at 600 William Penn Place after months of anticipation. With 248 guest rooms, ballrooms and on-site restaurant The Commoner, the new inn on the block is boasting luxury and cuisine within “an immediate, five-minute walk” of the business district, says Matt Rafferty, general manager of The Commoner.

The latest Hotel Monaco succeeds a string of others sprouting up in major U.S. cities, including Washington, D.C., Chicago, Philadelphia and Portland.

Mallinger says that guests at Pittsburgh’s rendition should feel like they’re entering a world traveler’s digs that still retain subtle hints of the city’s roots, such as penguins for desklamp bases in guestrooms. Other odes to Pittsburgh are meeting rooms dubbed after homegrown icons, including Rachel Carson, Jonas Salk and Roberto Clemente, and palettes of black and gold. 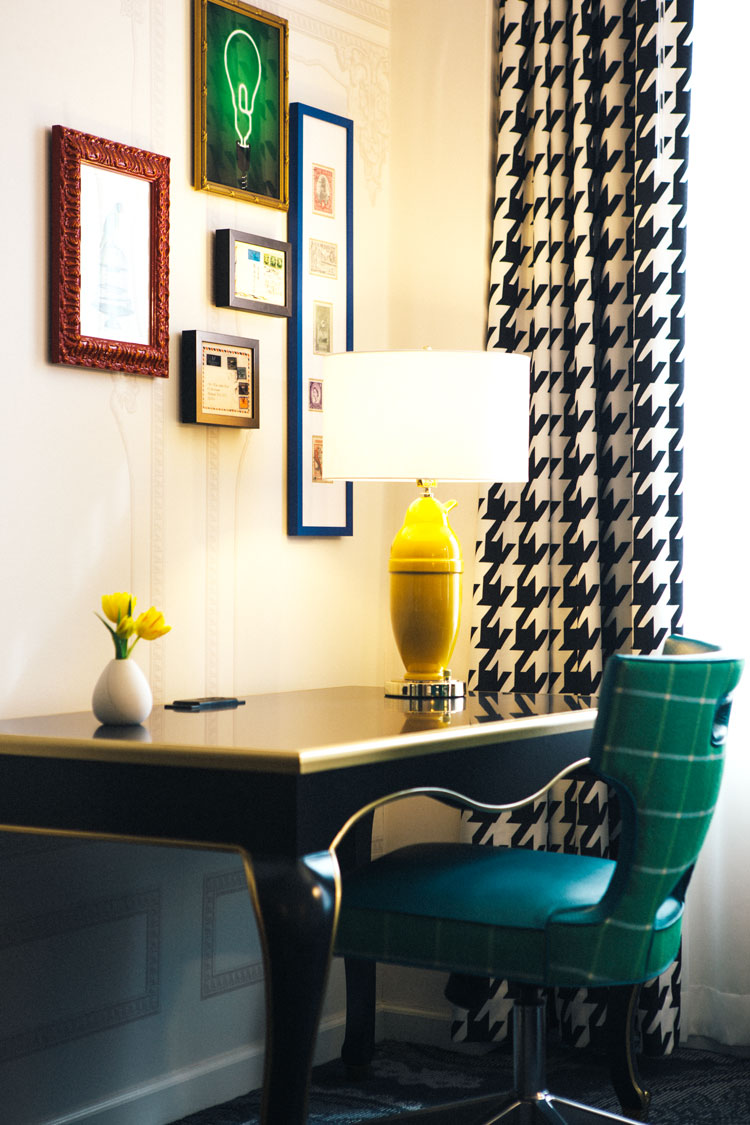 “We’ve achieved the effect that we really were going for, which is taking people out of their day-to-day routine and giving them something special,” Mallinger says.

The franchise’s 63rd property nods at some urban history in the restaurant, too, where shining steel accents echo an industrial past throughout the interior. A glass printed map of the city stretches across one wall of the dining room, accented by a stencil-painted, wooden floor and exposed steel columns, according to Justin Rude, who handles public relations for The Commoner. 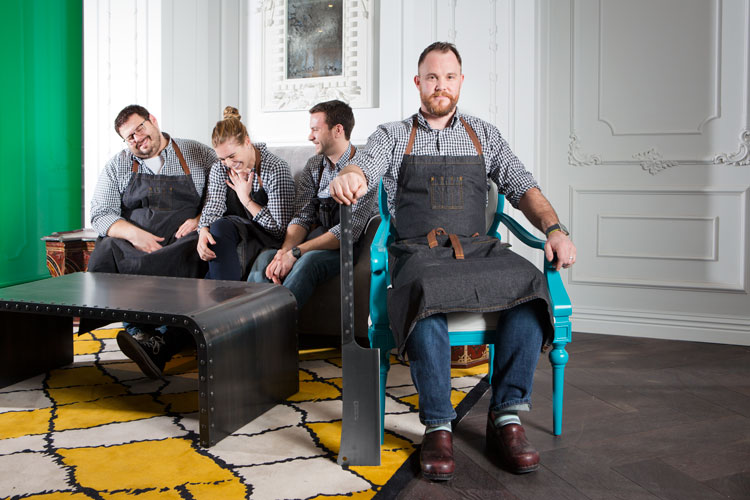 During its first week open, the wood-fired oven cranked out a host of American tavern fare, especially the roasted “brick chicken.” Also whetting local taste is a selection of Pennsylvania draft beer, selected by Executive Chef Dennis Marron, to complement the classic menu. Brown liquors also are chief of beverages.

Though The Commoner already has rolled out breakfast and dinner, it will kickstart brunch on Saturday and lunch on Monday.

“The atmosphere is jovial — it’s festive but with a serious approach to the food and beverage program,” Rafferty says.

Before dinner, guests can indulge in “wine hour” from 5-6 p.m., or burn some calories by unwinding on yoga mats or cruising around on bikes, all complimentary. In warmer skies, guests can say cheers on the rooftop or in the biergarten coming this spring.

The hotel is providing yet another space for “people who have an impact,” Rafferty says, including professionals in medicine and relief efforts. But it’s Pittsburgh’s burgeoning cultural scene that has impressed him the most since relocating from Philadelphia in July.

“It’s an incredible building . . . I love being a part of the culture and landscape and what Pittsburgh is for people,” he says.

Don’t fret about booking a kennel for Sparky — because the hotel maintains a capless, all-breeds-included pet policy.

“We [also] don’t make your pet do that embarrassing exercise of stepping on a scale to see if it weighs too much,” Mallinger says. 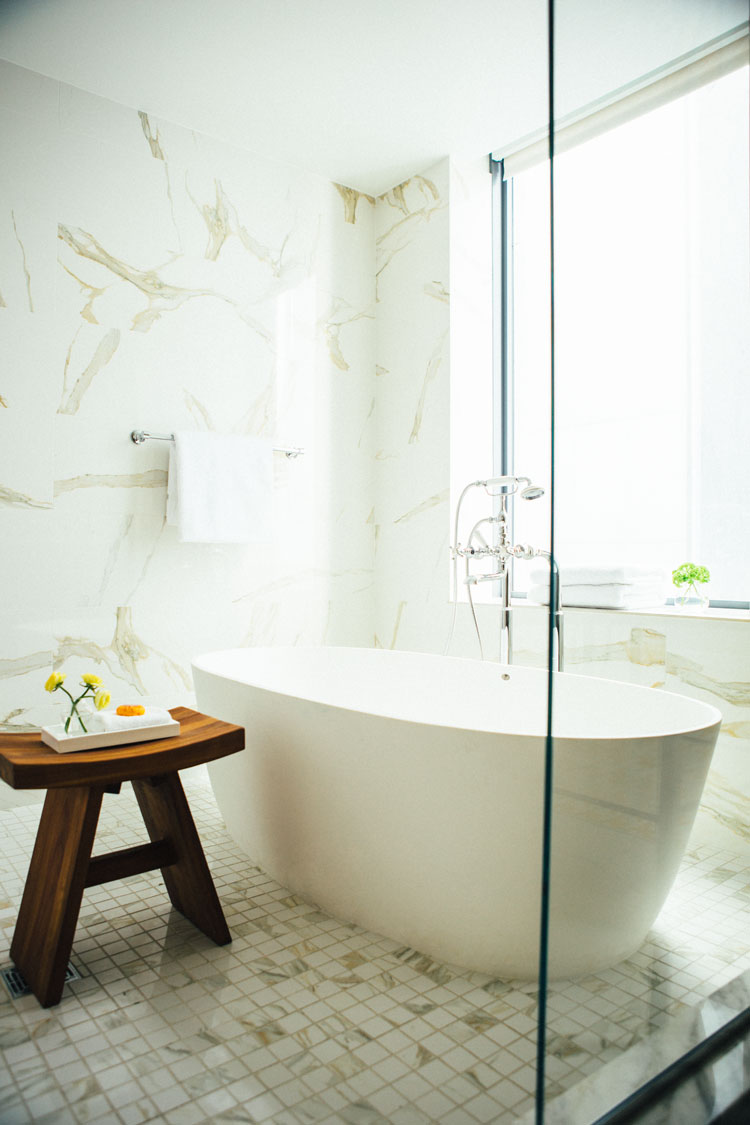 A company that prizes its “boutique” quality carving out a nuanced take on travel ultimately is a testament to Pittsburgh’s status among cities who already have welcomed Hotel Monaco.

“It speaks more toward Pittsburgh’s future,” says Mallinger, a lifelong native. “It’s actually a surprise to me that it took so long for a hotel so different to open up in Pittsburgh. Based on the success we’ve seen and the reception we’ve gotten, it’s very clear that the city is ready for this, and we’re excited to be here.”

The filmmakers behind “Me and Earl and the Dying Girl” already had plenty to celebrate at the Sundance Film Festival. The drama was picked up for distribution by Fox Searchlight last Sunday, after a bidding war drove the price for the locally shot film into record territory.

Any indie filmmaker would be overjoyed at scoring a big deal at Sundance — so we’ll count the prizes won over the weekend as a bonus. “Me and Earl and the Dying Girl,” based on the novel of the same name by Pittsburgher Jesse Andrews, won the coveted Grand Jury Prize for an American dramatic film Sunday night, also picking up the equivalent award from festival audiences.