In the Future: No Driver May Be No Problem for Uber

Pittsburgh is the test track for the ride sharing company's self-driving vehicles. 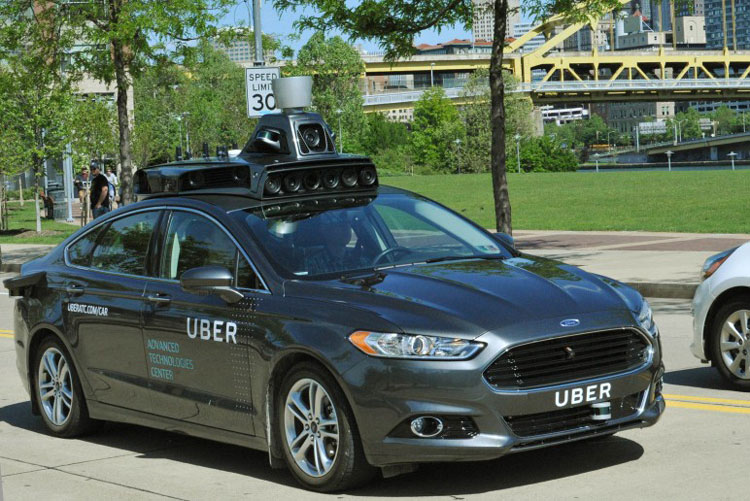 The first time you see this car, you might think Hollywood is in town to film another sequel to “Back to the Future.” The hybrid Ford Fusion (above) is one of Uber's fleet of self-driving test cars that are doing their trial runs in Pittsburgh. There is a driver behind the wheel, but he or she will often be acting as a passenger as the vehicle’s multitude of cameras, sensors and lasers quickly analyze the surrounding traffic and landscapes to ensure the car makes smart and safe decisions. So far so good, there are no reports of any fender benders involving Uber’s self-driving motorcade.

“This is super early — what's the word? — nascent technology,” John Bares, head of Uber's Pittsburgh lab, told the Pittsburgh Tribune-Review. “In general, this whole set of sensors is trying to do better than a human.”

Bares says that Pittsburgh’s ever-changing weather patterns, narrow sheets and no shortage of hills make it the perfect testing city. Pittsburgh's mayor is delighted the city was picked to serve as Uber's test track.

“From the first steel mills to the laboratories at Pitt and Carnegie Mellon, Pittsburgh has a long history of innovation,“ said Mayor Bill Peduto in a statement on Uber's website. “Now we’re taking another step forward, this time as home to Uber’s Advanced Technologies Center, where some of the world’s leading innovators are helping to shape the future of transportation.”

Uber is not alone in hoping to perfect driverless-car technology. Google, Carnegie Mellon and other universities, auto manufacturers and several smaller start-ups all have vehicles in one phase or another of testing and development.

Uber claims on its website that nearly 94 percent of fatal car crashes involve human error and the government is moving closer to allowing self-driving vehicles onto the highway.

According to the Trib, the National Highway Traffic Safety Administration has said it could have self-driving car guidelines ready by July.