In Defense of Wiz Khalifa Day

Pittsburghers are going nuts over the rapper being recognized by City Council. Lighten up, people. 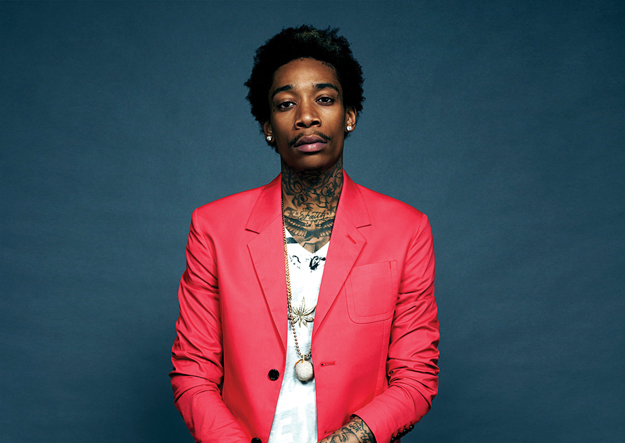 It was resolved by City Council, at the behest of mayoral candidate Bill Peduto, that yesterday, 12/12/2012, be celebrated as Wiz Khalifa Day in the City of Pittsburgh.

Wiz, being Wiz — that is a Grammy-nominated, ’Burgh-raised, weed-loving rapper — showed up at City Council chambers to receive the honor looking exactly like a weed-loving rapper. His hat said “DOPE” with the E shaped like a firearm, causing roughly one-quarter of the city to clutch their pearls and reach for their smelling salts or a nice dose of laudanum before fainting straight away onto their couches.

There were lots and lots more like that with language I can’t exactly repeat here, lest the Pittsburgh Magazine virtual swear-jar explode with all the hard cash I’d be shoving into it.

Am I a fan of weed? Well, I’m a pilgrim, so I’ve never smoked or ingested weed in my life and honestly, if I ever catch my child smoking weed I will probably immediately contact A&E’s “Intervention” and beg them to come fix my broken kid. So no, I’m not a fan of weed and I’m certainly not a fan of Wiz’s pro-weed schtick. Like I said … pilgrim. I’ll wear that chunky black buckle shoe.

Now, knowing I’m not a Wiz fan or a weed fan, I want to say this to those of you upset that yesterday was Wiz Khalifa Day in Pittsburgh … calm down.

That’s right. This PILGRIM is telling you to calm down and stop being so up in arms about this and I’m going to tell you why.

Because, Pittsburgh? This is not a big deal.

First, Wiz was being Wiz. He was being what he’s become famous for being — a weed-loving rapper. It’s his schtick as much as exploding fruit with a sledgehammer is Gallagher’s schtick, as much as clown makeup has become Christina Aguilera’s schtick, and as much as playing down to the competition has become the Steelers’ schtick.

The news reports say that there were overdoses at Wiz’s concert last night and that many reported being sickened by the weed smoke that was thick in the air. This is no different from any other Wiz concert, (or most rock concerts for that matter). If you go to a Wiz concert and think you won’t inhale massive amounts of pot smoke, then you’re smoking crack.

I think I mixed my drug metaphors up.

Second, it’s not actually a big deal when anyone gets a day named after them in the City of Pittsburgh. In fact, at every weekly meeting of the Council, at least two or three “days” and as many as seven, are proclaimed with this exact gusto, minus the TV news crews. And you probably aren’t even aware of these days, so why worry just because Wiz got one? Want to know other days (of over a hundred) that Council proclaimed just this year alone?

Their softball team got a day!

How important are these days year after year? Are you going to celebrate Rita’s Italian Ice’s Pinto League Softball Team next October 2?

Are you going to call off work next December 4 to celebrate OLSH Boys Cross Country Team Day?

Are you going to send a card to your grandma on December 10 for Amnesty International Write-A-Thon Day?

There are hundreds and hundreds of people, organizations and events that have their own official days in Pittsburgh and Wiz is just one of them … a famous one, but just one of many, nonetheless. Next year, December 12 will probably be proclaimed as something like North Shore Connector Day or Highmark Tenth Floor Employees Day or even Jeff Reed Self-Photography Appreciation Day.

Third, Wiz loves Pittsburgh, and he shouts Pittsburgh’s praises any chance he gets. Yes, he might not be the person you want shouting Pittsburgh’s praises while enveloped in a cloud of weed smoke so thick a bat would get lost in it, but you can’t ignore the fact that he’s one of the most famous music stars in the world right now. If Pittsburghers are getting official days named after them simply because they turned 100-years-old, then there’s no reason why a world-famous rap superstar who is vocal about how great his city is wouldn’t get one too. Even if he’s wearing a DOPE hat. The world is not going to look at Wiz being honored by the City Council of Pittsburgh and think that by extension Pittsburgh must be a city full of gun-toting potheads any more than we would think that Seattle is a city full of LSD-loving hippies just because Jimi Hendrix was born there.

And fourth and finally, Pittsburgh, rest assured that Wiz didn’t get an actual key to the city when his day was proclaimed. He’s not going to open the door to your apartment and ask, “Anybody got any rolling papers in here?”

Unless it’s October 2, because that’s Open Door Day in the city.

Or have some rolling papers at the ready.

This article appears in the December 2012 issue of PittGirl.
Categories: PittGirl