In Defense of Jagoffs 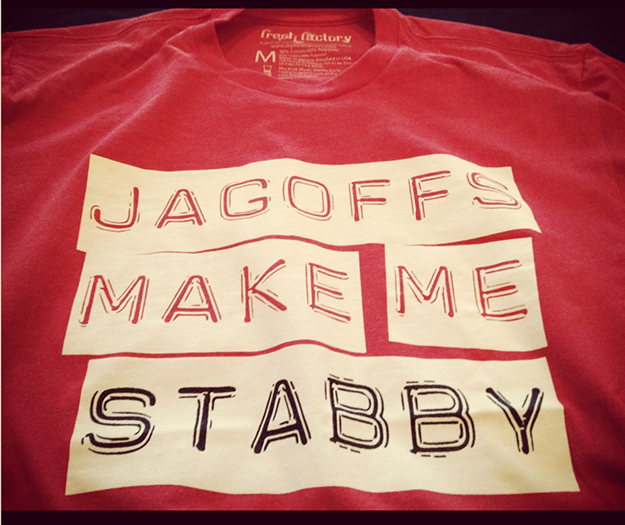 Jagoff is defined by the Oxford English Dictionary as — Well, wait … Okay, so maybe jagoff isn't defined by the holy grail of official and accepted words. Yet.

They've recently accepted d'oh, LARPing, bling, dance-off and scratchiti, so I imagine jagoff will eventually make its way into the esteemed book in due time, as the footprint of ex-pat 'Burghers widens with each generation.

But not if Pittsburgh Post-Gazette Executive Editor David Shribman has anything to say about it. Making the rounds on the web last week was this memo by the good-natured and well-meaning Shribman, which was sent to the entire staff of the Post-Gazette (credit to JimRomenesko.com for the find).

From: David Shribman
Subject: On jagoffs.

The word “jagoff” has no place in the Post-Gazette or on post-gazette.com.

Some people doubt whether Barack Obama was born in Honolulu, Hawaii. You now have conclusive proof that David Shribman was born in the Puritan stronghold of Salem, Massachusetts. (You could look it up.)

Even so, the ruling stands. No jagoffs in the newsroom, none in the paper and none online, please.

That said, let me add: Have fun making fun of this.

Let the record show that I have met David Shribman on several occasions and have sat in his office in the Post-Gazette building shaking in my shoes (because, well, he's David Shribman) and I have found him to be a lovely, warm person in every way.

Let the record also show that, in my opinion, while he scores points for such a light-hearted and humorously self-aware e-mail, David Shribman got this one wrong.

I think where Mr. Shribman goes off-course is his focus on the fact that jagoff rhymes with well … you know. Which is what he is hinting at when he writes, "I know it doesn't mean what some people think it means." But to ban the word simply because it rhymes with a less-than-savory PG-13 explitive doesn't make sense, unless he also plans to ban the words suck or sass.

Here in Pittsburgh, we don't have thorn bushes; we have jaggerbushes. From the time we are children we are told to watch out for the jaggerbushes in them there woods, as Pittsburgh Dad is my witness.

Jagoff is derived from the word "jag," which is likely Scots-Irish English, while the origin of jagger, which first appeared in 1923, is British-English … not Drunken-Yinzer, as Shribman seems to believe.

Now I'm not saying that Post-Gazette reporters should be permitted to write things like, "A local jagoff was charged with twelve counts of vandalism after he was found spraying profanities on the Roberto Clemente Bridge," but I see no problem with the word appearing in quotes from interviews, humorous and lighthearted columns, or even something along the lines of, "Local writer Virginia Montanez is raising money for Genre's Kids With Cancer Fund by selling 'Jagoffs Make Me Stabby' shirts at MyFreshFactory.com."

Jagoff is just as much a part of the Pittsburgh lexicon as "Yinzer," and unless Shribman has banned that word as well, jagoff is being thrown under the proverbial bus simply because it has a PG-13 rhyming partner.

This is why I don't work at the Post-Gazette.

A simple search at Post-Gazette.com for the word "jagoff" will bring you many great appearances of the word in exactly the right kind of articles and in perfect context. From this article about Ben Roethlisberger's return to the Steelers to this well-written opinion piece. These and other articles like them show that "jagoff" does indeed have a place in the Post-Gazette.

Do I still have great respect for Mr. Shribman? Of course.

Do I think he's wrong? Of course.

Did I e-mail him and tell him that? Of course.

Did I send him his own "Jagoffs Make Me Stabby" shirt and dare him to wear it in the newsroom? OF COURSE.

Will he wear it? Only time (and a high-res photo) will tell. I'll keep you posted.

This article appears in the July 2012 issue of PittGirl.
Categories: PittGirl