In Concert Q&A: PM Talks to The Shins

Find out what Shins frontman James Mercer had to say about the band's new album, “Heartworms,” and their upcoming stop in Pittsburgh Tuesday. 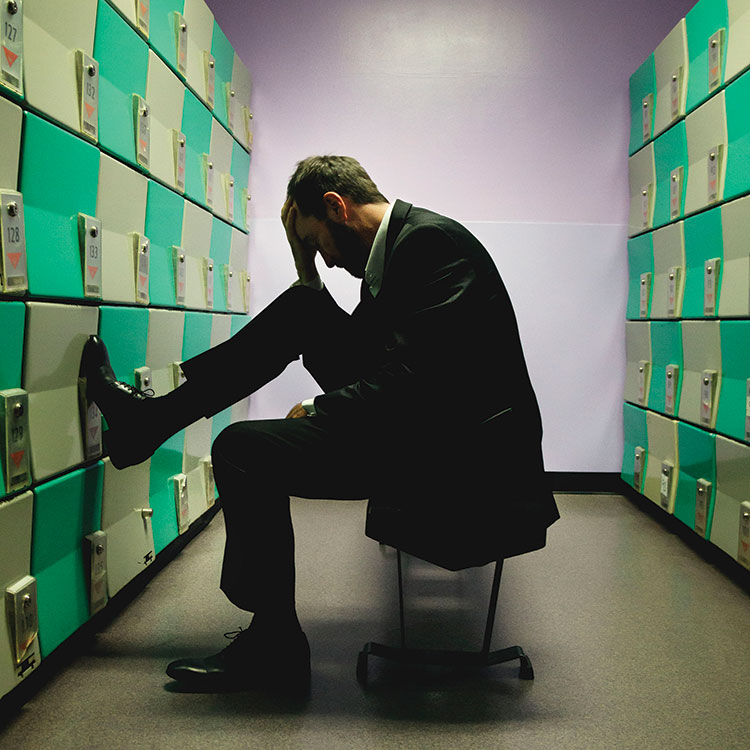 This March, indie-rock icons The Shins released their fifth studio album, “Heartworms,” to critical acclaim. On Tuesday, they’ll appear in support of the record, their first in five years, at Stage AE. I spoke with Shins frontman James Mercer about the new album, his duo Broken Bells, the current tour and — just to be safe — the impending super earthquake.

Hi James! How are you?
I’m good, I’m home for a couple of days in Portland.

How do you reconcile living on the West Coast with the super earthquake coming? It makes me so nervous.
It’s crazy! It’s a crazy thing to have hanging over your head. I’ve been warning about this for a long time. I was always the nut job who would talk about it. I sounded like a kook, but I guess I sort of am a kook.

I shouldn’t have brought this up, it’s too much anxiety for the beginning of an interview.
Oh, trust me, any kind of stuff like this I’ve spent a lot of time thinking about. If we can have 20 years, then probably we can get the bridges sorted out, the buildings will be fortified and things could be a little more sustainable. But if it happens tomorrow, we’ll be really screwed. I think the point we’re at now the house will be damaged but won’t fall completely down.

Did you record this album at your house? You have a studio on the property.
Yeah, I have an old carriage house as an out building. So I turned it into a studio downstairs and a loft upstairs.

How do you feel about “Heartworms?”
I’m stoked on it. We heard it playing somewhere and Yuuki [Matthews, who played on the album and mixed it] and I were both like, “It sounds damn good.” We’re proud of it.

Were you working on it during the five years since the last album? What was the creative process like this time around?
Generally I sit down and go through my tapes and ideas, and then I pick a few that sound interesting and I start working on those.

Do you have a cognitive disconnect between yourself as an artist when you’re working on your different projects, or is it just coming from the same source?
The beginning of the Shins was an attempt to write really earnest material. And I think I’ve broken away from that a little bit, which was a process in and of itself, to try to learn how to write hypothetically about situations and still put a lot of thought and emotion into it. But I think working with Brian [Burton, of Broken Bells] has taught me how to do some of that. So they are different, the ideas and goals are different, but I don’t seem to have too difficult of a time navigating between the two.

Do you think that’s something that just comes from doing this for a long time, something that just comes from getting older? Realizing that you can take a step back, and not everything has to be as navel-gazey?
Right. I think I also see patterns in relationships.There are times when I’m in the course of a song and it appears that I’m talking about one relationship, but really it’s several blended together. You know, personal experiences I’ve had or stories I’ve been told by my friends. So I allow myself to just kind of fictionalise. Which is so fun and freeing. I think that as a writer you can step back and enjoy the song more because it’s not about some terribly traumatic thing that you went through. You can be more of a fan of your own writing if it’s a kind of fiction.

Do you like to go back and listen to your own music?
I have listened to this record moreso than other past records. I really like this record. There's something about it … I think I got closer to the end goal. I do feel like I can step back a little bit. Maybe it’s also Yuuki’s participation in it. He really added a lot. And so I’m listening to a lot of what he provided. It’s this distance that allows you to be a fan.

“Heartworms” has this familiar Shins-esque pop base, but each track has its own sense of influence. Like a little new-wavey on one track and a little more folksy on another.
Cool, yeah, that’s totally production decisions, like how do we make this a little more engaging and not sound identical to something we’ve already done? For example, the song “Cherry Hearts,” it sounded so much like a Shins song off one of the other records that I really wanted to screw with it. So the synthesizer came in and I had a lot of fun playing with that and using a lot of new production techniques.

There’s still cohesion to the album even though a lot of the songs sound different.
That’s because of Yuuki taking these sometimes disparate sounds and blending them in the mixing process so they make sense together.

Is there anything we should expect from the show in Pittsburgh?
I think the good thing about a Shins show is that it’s very eclectic. We’re a pop combo, you get traditional rock and roll. We go from rock and roll stuff to pretty dark modern rock to country and western songs to folk ballads. Three of our people can play violin. It’s not a lot of bands that pull off that kind of range. I’m proud of that.

Sure. With the earthquake aside, in general we’re kind of living in this age of really heightened anxiety right now.
Oh yeah.

Does it make it harder for you to write what is essentially fun pop music when everyone is kind of like, extremely depressed?
You gotta maybe work harder at it to get away from the news. It is rough out there. I come out to the studio, and I can kind of lock that door and turn on the music … sometimes it takes drinking a couple of beers, but I can sort of have my own little party out here, I can really lose myself in the music. And so a lot of the record was that. A lot of the creative moments are me out here just literally dancing with myself and enjoying music the way I did when I was a teenager in my bedroom.