Did you know that if strung together, Pittsburgh’s public stairways would reach three-quarters of the way to the summit of Mt. Everest? 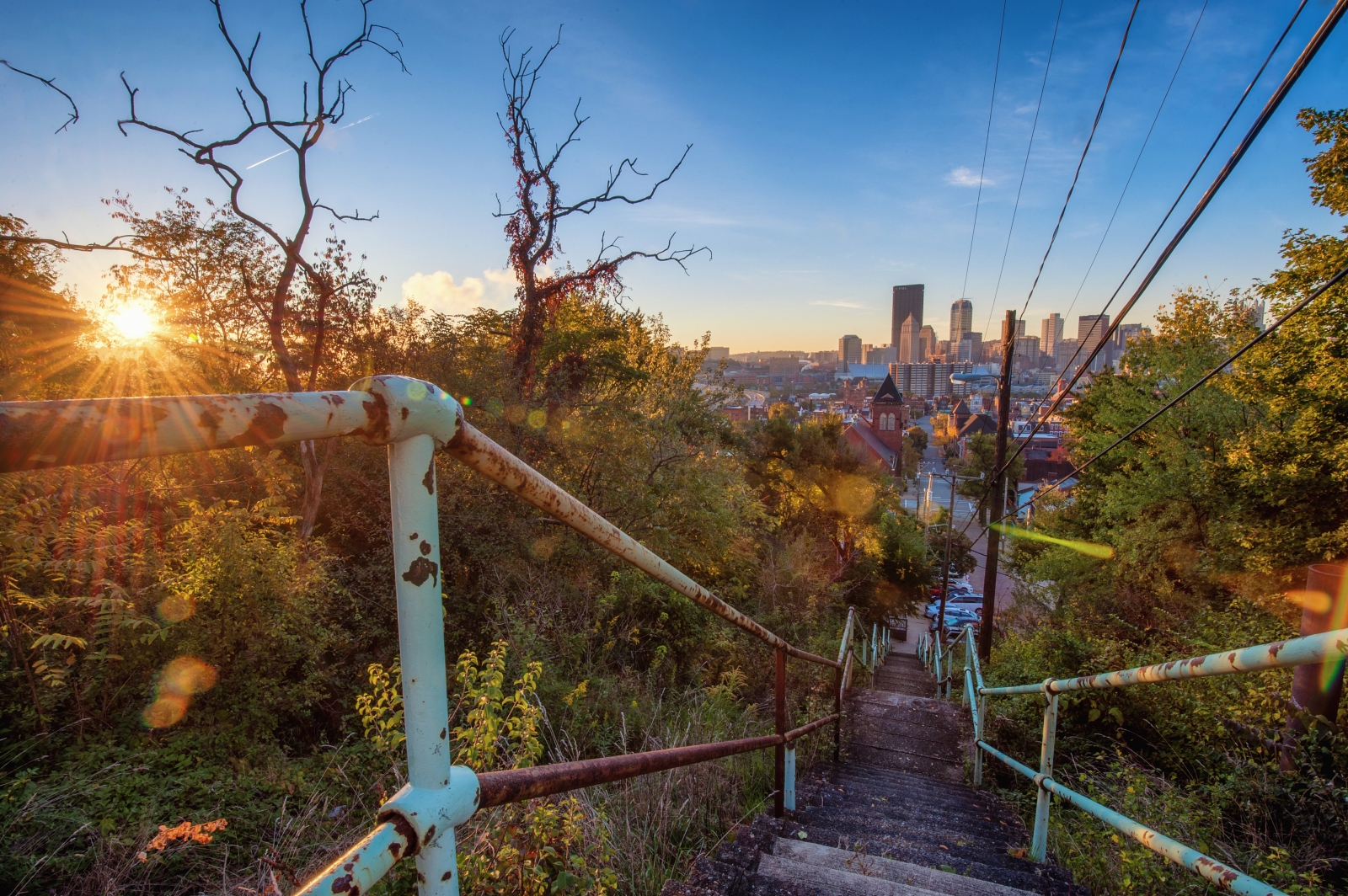 Pittsburgh is known as the City of Bridges. But as the spans across the rivers and valleys were erected, so were hundreds of sets of steps, primarily so people living in the hills could get to work faster.

"These 712 sets of steps provide a vital link in the city’s transportation system as well as unusual challenges for pedestrians, joggers, the bike police, and especially pizza delivery.”— Tim Fabian in the description of “The Steps of Pittsburgh: Portrait of a City"

They are so vital that many of Pittsburgh’s steps are legally considered streets.

The South Side Slopes has the highest concentration of steps, which explains why the tagline of the annual South Sides Slopes StepTrek is “Slow and Steady.”

"I think Pittsburghers take a lot of wonderful things for granted.” Laura Ellis, former Director of Communications for VisitPittsburgh, in talking about how to make the stairways a draw to visitors.

Pittsburgh’s City Steps by the Numbers