'If You Kill Dad, We're Going to Be Very Upset With You'

​20 miles. 24 neighborhoods. PittGirl takes her father on a hike to remember. 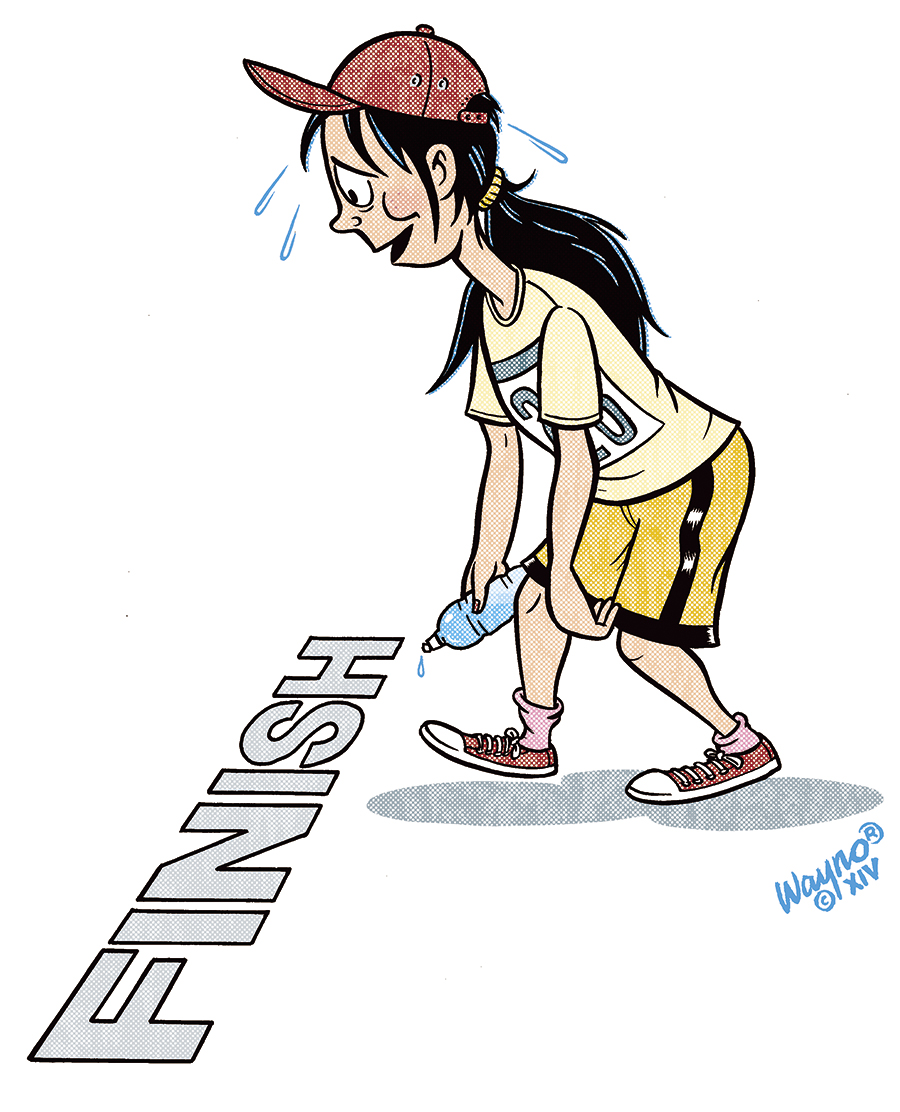 It takes a special kind of audacity to ask a 67-year-old man to take a 20-mile walk. When Light of Life Rescue Mission invited me to take part in the annual Tour with Tunch & Wolf — presented by former Pittsburgh Steelers players Craig Wolfley and Tunch Ilkin — I understood it to be a huge honor that I could not decline. Not wanting to do it alone, I selfishly asked my father to come along because he’s a supporter of the mission.

“How would you like to hike 20 miles with me for Light of Life?” I asked in my best “The Price Is Right” spokesmodel voice, trying to make potential hell sound like a breezy trip to heaven.

He agreed to do it. I have no idea why — though I’d bet his hearing aids were off and he misunderstood. My sisters had sent texts in the months leading up to the tour: “If you kill Dad, we are going to be really upset with you.”

You’d think a person who plans to walk 20 miles in the near future would put in a bit of preparation. Maybe a few 10-mile hikes. Extra stretches. A vitamin-rich diet. Nah. I took a 4-mile walk one day and woke up the next morning to find I had temporarily crippled myself. “Well, that’s not good,” I thought. And then I ate some cookies.

The day before the tour, my father had laser eye surgery on a torn retina. Assuming he would not be able to join me, I wondered how I could quickly tear something important in my own eye. His doctor said the tour would put no undue stress on his eyes.

On the morning of the tour, I picked up my father at 5:30. The moon still was shining over Heinz Field when we arrived. In the parking lot, Tunch explained to all of the participants that we would be hiking “20-plus miles.”

“‘Plus?’ What is this ‘plus’ you speak of?” I thought in a panic. “I would like to get off this ride before it starts.” I sent up a quick “Jesus-take-the-wheel-and-maybe-gently-crash-me-into-a-runaway-truck-sandpile” prayer.

Heinz Field to deep in the North Side and then back to downtown for a rest. That was an easy 3 miles.

Excuse my French but, “Pardonnez-moi?” Did you know in Pittsburgh it actually is possible to walk “uphill both ways”? Our parents weren’t lying about that.

Jesus, take the wheel and get us stuck in some tunnel traffic so I can rest for a bit.

Mile 10. Various muscle groups were tightening up. Dad stopped occasionally to massage his calves. My sisters sent regular texts: The “Hydrate. Don’t infarct.” message was meant for my dad. “Your hamstrings are going to explode, you know?” was meant for both of us.

Mile 14. My knees were stiffening, and my father had gained a slight limp. “Is Dad still alive?” queried one text. “Yes. But I think I’m dying,” was my response.

Mile 16. Hamstrings were threatening to blow. I considered bike-jacking a cyclist on the Eliza Furnace Trail.

Mile 18. I realized a hip replacement probably was a lot closer in my future than it was 18 miles ago. Dad’s limp was borderline zombie-like. Then there was Tunch, who continued to march like a fresh soldier. I irrationally hated him for it.

Mile 19. Our bodies were warzones. Hips were yelling at ankles, which were giving the middle finger to knees, which were sending hate mail to the Achilles.

Mile 20. My eyeballs stopped making moisture, leaving my cloudy contacts fused to them like wallpaper. My father’s face was a mask of pain. When we reached the steps at the end of the West End Bridge, I briefly considered flinging myself down them because it was the path of least resistance.

And then it was over — 20 miles through 24 neighborhoods in 11 hours to benefit our city’s homeless population.

A bit later, we managed to fold our bodies into my car. I realized that in order to get us home, I would need to find the physical strength to transfer my foot from the brake pedal to the gas pedal.

Jesus, take the wheel. I quit.

This article appears in the July 2014 issue of Pittsburgh Magazine.
Categories: From the Magazine, PittGirl