DeNardo was well known in Pittsburgh long before a series of promotional TV spots cemented his place among the city's broadcasting icons. 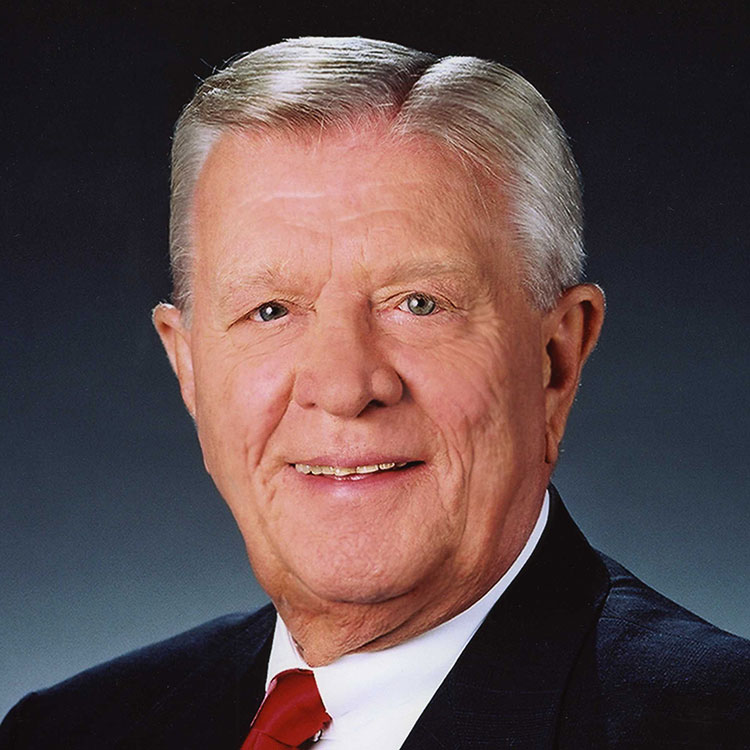 For 36 years, Joe DeNardo predicted rain, sleet, snow, sunshine and everything in between on WTAE-TV. Friday morning, WTAE announced DeNardo’s death at the age of 87.

DeNardo, who lived in Moon Township, was the longest-serving chief meteorologist in the station’s history. He retired in 2005.

Although the station’s promotional efforts (including this early spot above with DeNardo playing the mad scientist of weather prognostication) were lighthearted, DeNardo was all business when he was on the air.

“I worked hard to do it the right way, and didn’t appreciate any clowning during the forecast,” he told the Pittsburgh Tribune Review in 2011.

The station recognized his importance to its brand. It wasn’t the Channel 4 Weather Center — it was the DeNardo weather center.

“He set the standard of accuracy – if Joe said it would, it did,” says WTAE President and General Manager Chuck W. Wolfertz III.

DeNardo graduated from Duquesne University of 1953, earned a masters degree in meteorology from the University of Chicago, then served as an officer in the United States Air Force. He was promoted to the rank of commander of the weather detachment at the Greater Pittsburgh Air Force Base.

Following an honorable discharge, he opened a weather service business with his Air Force friend David McFarland and began advising KDKA’s weather personalities before appearing on air himself.

Always popular, he reached iconic status with the “Joe Said It Would” campaign, which featured dozens of well-known Pittsburghers and sports stars of the time.

“The sight of Joe DeNardo in Sky 4 landing to bring his love of science and weather to local school kids is burned into our collective memory,” says Wolfertz.
​
DeNardo also was well known for his charity work. He was a passionate promoter of the Special Olympics –– hosting celebrity golf and softball tournaments to raise money for the games. He also was the leader of the team that started Project Bundle-Up, the partnership with the Salvation Army that has raised more than $14 million and put warm winter outerwear on more than 275,000 children and seniors in western Pennsylvania.

​DeNardo survived lung cancer and, upon his return to work, became an advocate for cancer research. In 2002, he carried the Olympic flame through the streets of Pittsburgh as the torch made its way to Salt Lake City for the Winter Games. He passed it on to fellow cancer survivor Pittsburgh Penguins owner Mario Lemieux.

He is preceded in death by his wife, Delores, and survived by sons Doug and Jeff and several grandchildren and great grandchildren.

In 2012, Moon Township supervisors showed their gratitude by renaming the road that runs through Moon Park Joe DeNardo Way.

WTAE TV & Cozi will air a one hour special “Remembering Joe DeNardo “ Friday night at 7 p.m. The program will be rebroadcast on Saturday at 7 p.m. and Sunday at 5 p.m.