Think the only cake toppers are the classic bride and groom figurines? Think again. On Day 2 of our Week of Wedded Bliss, we showcase two cake toppers that served as the perfect final touch to these Real Pittsburgh Weddings. 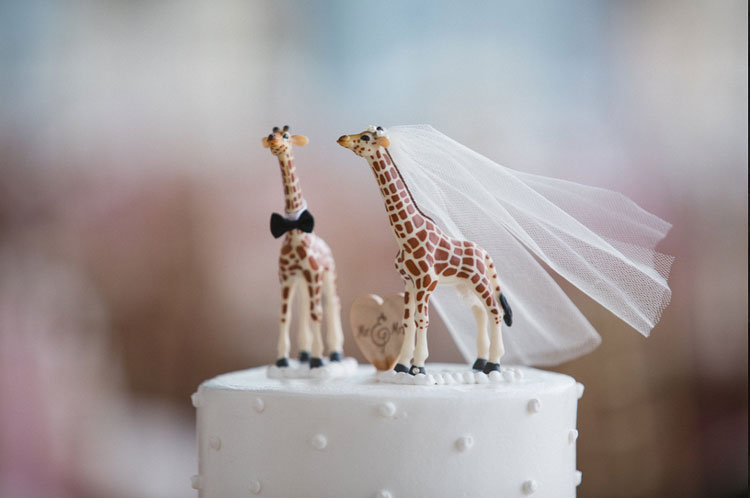 When Stephanie Szewciw and Patrick Yingling were planning their wedding, set to take place on June 13, 2015, deciding on a theme was easy. All they had to do was cross an ocean to where they first met.

Stephanie, in her final year of Purdue University’s Doctor of Pharmacy program, was on a two-month rotation in Kenya, while Patrick, a University of Pittsburgh Law School graduate, was working there as a professor. They met when their eyes locked across a crowded restaurant. Although they were far from home, Patrick and Stephanie spent their time in Kenya falling in love before returning to America and continuing their relationship long distance from their respective states.

“We wanted to incorporate hints of Africa throughout our wedding as a tribute to where we met,” Stephanie says.

They decided to forgo the typical cake topper and chose something a little more exotic. Stephanie’s matron-of-honor found the perfect finishing touch to Stephanie and Patrick’s special day.

“It was a bride and groom giraffe, complete with veil and bow-tie,” Stephanie says. “I could not imagine a more fitting cake topper for us.” 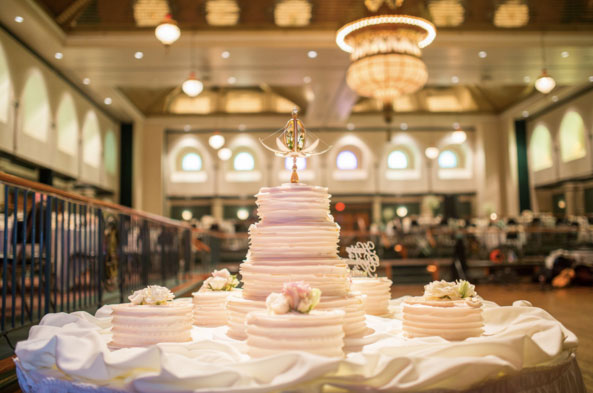 When Allie Jandrlich married Brock Belich on July 18, 2015, their cake had a surprising finishing touch: a decorative egg.

Allie’s mother’s cousin made the egg especially for her, and it’s a family tradition that stretches back generations. 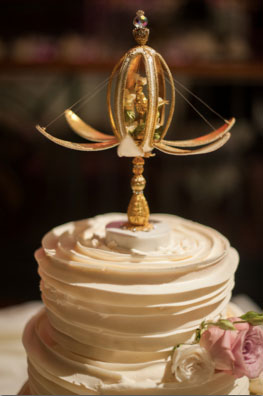 “All of the women in my family have had them as cake toppers for their wedding cakes, including my mother,” Allie says. “The egg symbolizes the source of life … it’s given to express the love and friendship that lies deep in the heart of the giver.”

Although Allie’s family often makes these eggs as Christmas tree ornaments, they can also be put on stands for display. It was a personalized and beautiful touch on top of an already beautiful cake.