Pittsburgh-based magician Lee Terbosic's performance would have made Houdini proud. 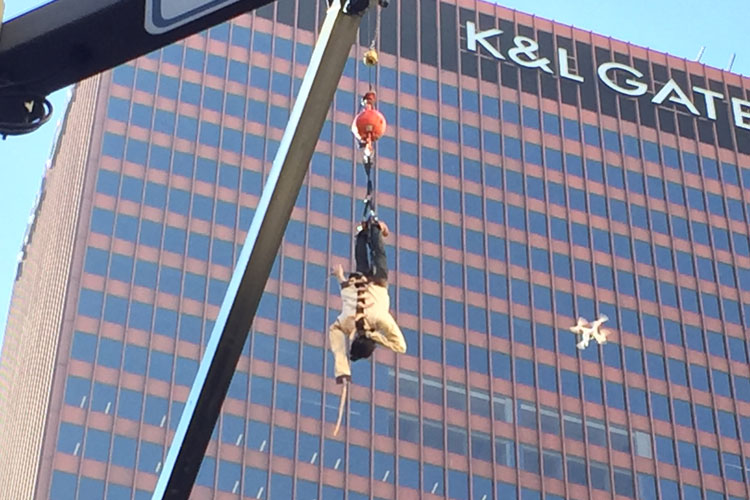 I had spoken with Pittsburgh-based magician Lee Terbosic about the stunt several times in the past few months. The particulars were relatively clear-cut: On Nov. 6, 1916, Harry Houdini had escaped from a straightjacket while dangling above the corner of Liberty and Wood streets Downtown. 100 years to the day — almost to the minute — later, Terbosic would repeat the feat on (or rather, above) the same spot. 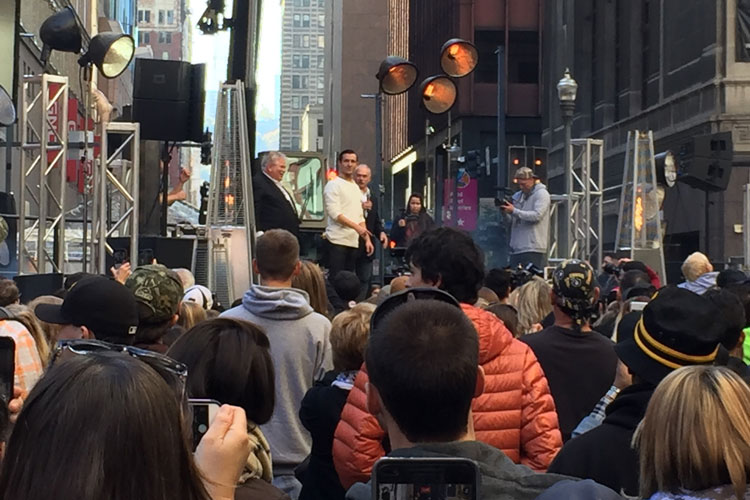 I knew that. I knew that Rick Sebak would be MC’ing the festivities. I didn’t know which mystery guests would inspect the straightjacket before Terbosic’s ascent, but I knew I’d be seeing one or more beloved Pittsburgh icons fill the role (it turned out to be a trio: Rocky Bleier, Franco Harris and Tom Savini). 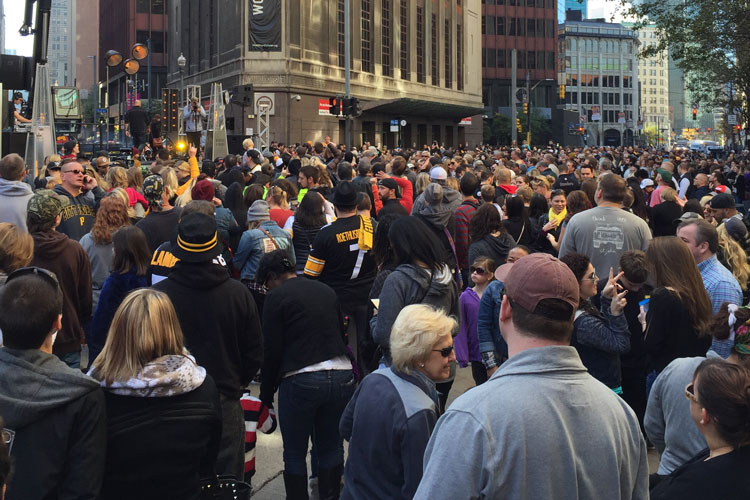 I suspected that there would be a fine crowd for the show; we do love opportunities to revel in the streets of the Golden Triangle, after all. (Admittedly, the size of the crowd — which clogged several blocks of a shut-down Liberty Ave. — exceeded my expectations.)

I had even seen Terbosic escape from a straightjacket before — while standing on solid ground, of course, but it’s no small task no matter where you’ve got your feet. 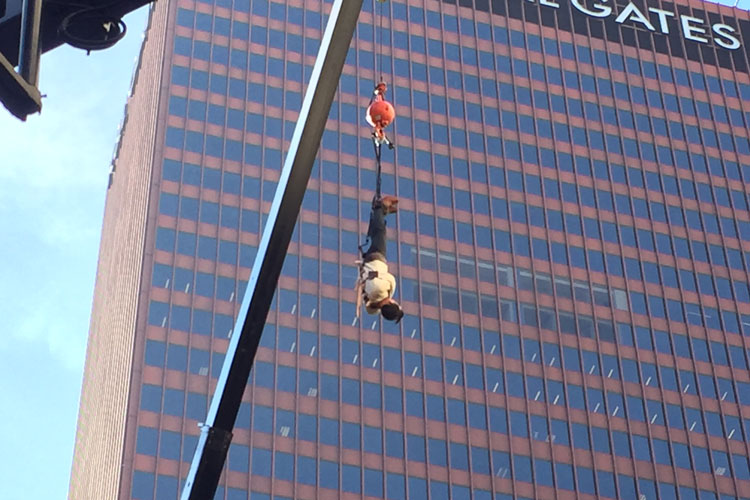 But I could not have anticipated the uncanny sight of this magician swaying 100 feet above a sea of upturned faces. I could not have imagined watching him struggle against the straps and locks of his straightjacket, framed by the city skyline and a perfectly clear November afternoon. I could not have conjured up the suspense or the drama of the display — or the rush of excitement when, less than seven minutes after the crane began raising him into the air, Terbosic shed the straightjacket and let gravity take it to the street below.

It was a performance worthy of a 100-year buildup. I’d have to say that Houdini would be proud.