Pittsburgh’s hippest nonprofit has partied its way to a one-of-a-kind home for young talent. 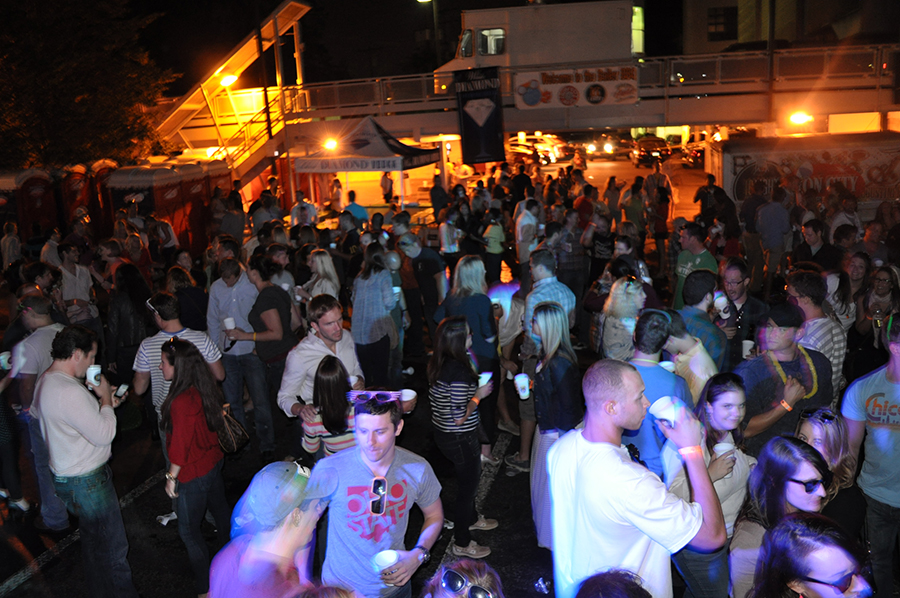 Being inside local nonprofit Thrill Mill’s newest venture, the Hustle Den, makes you proud to be a Pittsburgher. Formerly an empty furniture store in East Liberty, the Hustle Den incubates 14 idea-stage organizations and businesses.

It started like this: San Francisco native and twice-over CMU grad Luke Skurman watched as his friends left Pittsburgh for the brighter lights of D.C., NYC and LA. So he started throwing parties, just to get to know new people. What began as a 10-person gathering in 2005 eventually became a thousand-person networking event, “Baller BBQ,” by 2011 (where businesses and investors mingle freely).

And yet, it wasn’t enough.

An anonymous donation pushed Skurman and company to establish Thrill Mill, a formalized nonprofit connecting the projects — enabling them to not only gift $25,000 from the Urban Redevelopment Authority to the winning Business Bout proposal, but to also build Hustle Den.

“We wanted a place that lets people go beyond, ‘Boy I have this cool idea …’” says Thrill Mill CEO Bobby Zappala.

Today, the space is lined with big tables and ergonomic chairs. Unlike the many locally based tech incubators, the socially aware for-profit and nonprofit businesses at the den — which Skurman calls “industry agnostic” — range from organics to education. At the den, the winning proposal (currently, Aura, a bike-safety startup) and 13 other groups are given space for a year, access to mentorship, business lessons and — ultimately — a network.

Now that a model is in place, here’s the process from start to finish: party at the Baller BBQ (soon to be reborn as the Thrill Mill Music Festival), compete in Business Bout, incubate at Hustle Den and party again at the fest.

“You can’t change the size of Pittsburgh,” says Zappala, “but you can change how people think about it.”

This article appears in the May 2013 issue of Pittsburgh Magazine.
Categories: Community Feature