Hungry for Something New? Where We're Eating in July

Soup, pita and coffee — all things that are worth the drive this month. 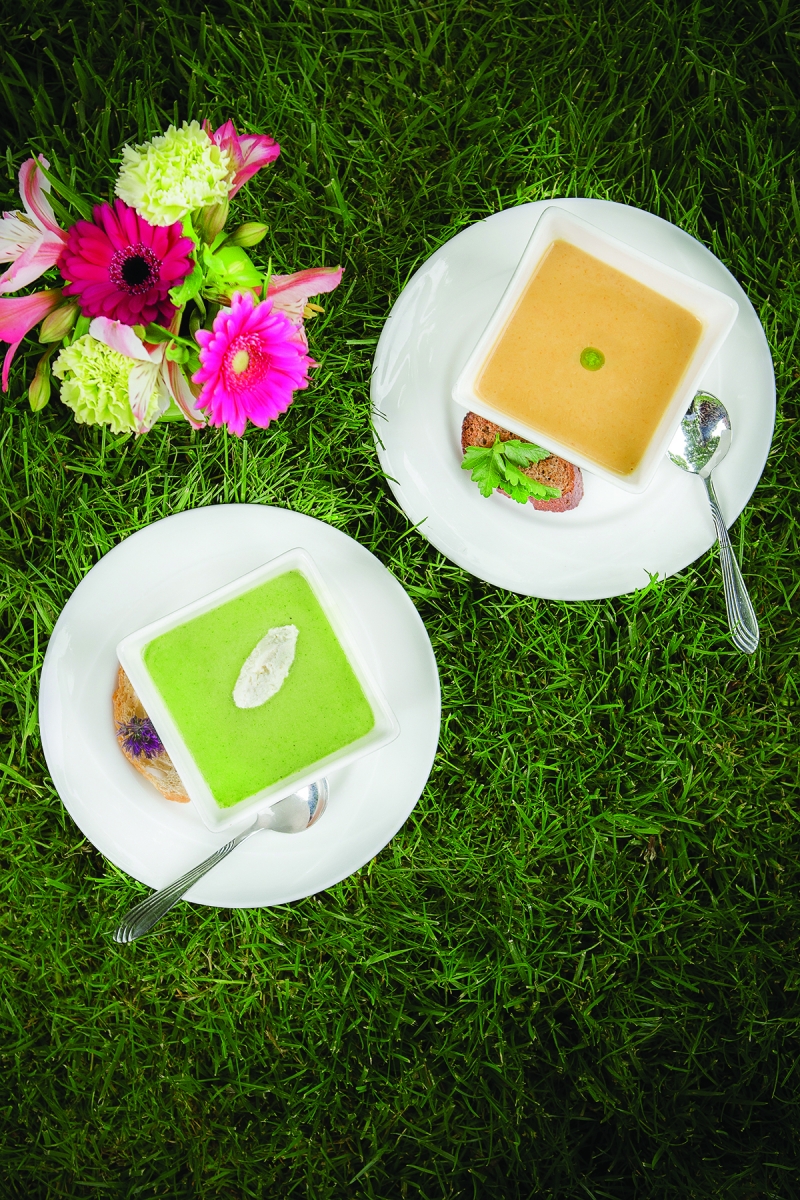 Cafe at the Frick

If you can’t take the heat, get to the Cafe at the Frick, where Executive Chef Seth Bailey whips up colorful chilled soups in the kitchen. Offerings, available as daily specials, have included cucumber gazpacho with truffle Parmesan cream (pictured, left). To correlate with the Frick Art & Historical Center’s “Rolling Hills, Satanic Mills” exhibit, the cafe is serving British-inspired fare for the duration of the show; the soup on offer during the show’s run is cheddar-ale with ramp oil (pictured, right).
[7227 Reynolds St., Point Breeze; 412/371-0600, thefrickpittsburgh.org; photo by Laura Petrilla]

Oliver’s gets high marks for serving slightly polished pub fare, including the ubiquitous burger and salad. The black-bean burger is a promising choice for herbivores and omnivores, and The Blackbird, with egg, ham and cheddar, would be a good early-lunch pick. Craft brews match nicely with the Buffalo-infused Mozzarella sticks and fried pickles.
[8 N. Pennsylvania Ave., Greensburg; 724/836-7687, oliverspourhouse.com] 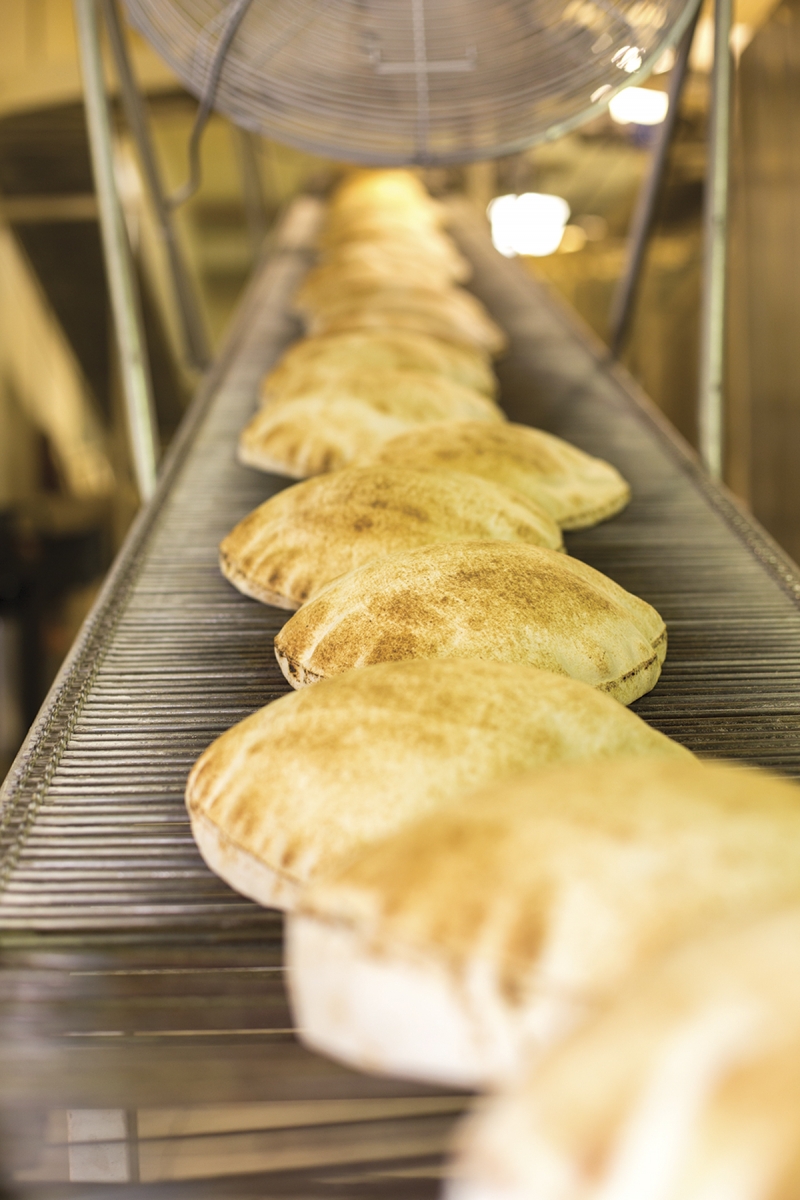 This longstanding Mediterranean bakery doubles as a mecca for well-prepared, well-priced fare to enjoy on site or on the go. The eponymous form of bread is great served plain, but you’d likely be happier having pita in the form of a gyro döner. The national Lebanese breakfast dish called foul is anything but, served with fava beans and chickpeas.
[620 Brookline Blvd., Brookline; 412/531-5040, pitaland.com; photo by John Altdorfer]

Breakfast basics, salads and sandwiches are more than filler fare. Beat lunchtime doldrums with one of the daily specials — such as burrito applebum, with chicken thigh, refried beans, queso, sour cream and salsa — without completely emptying your wallet. Cut the wait by ordering online and selecting your pickup day and time.
[600 Grant St., downtown; craftworkcatering.com] 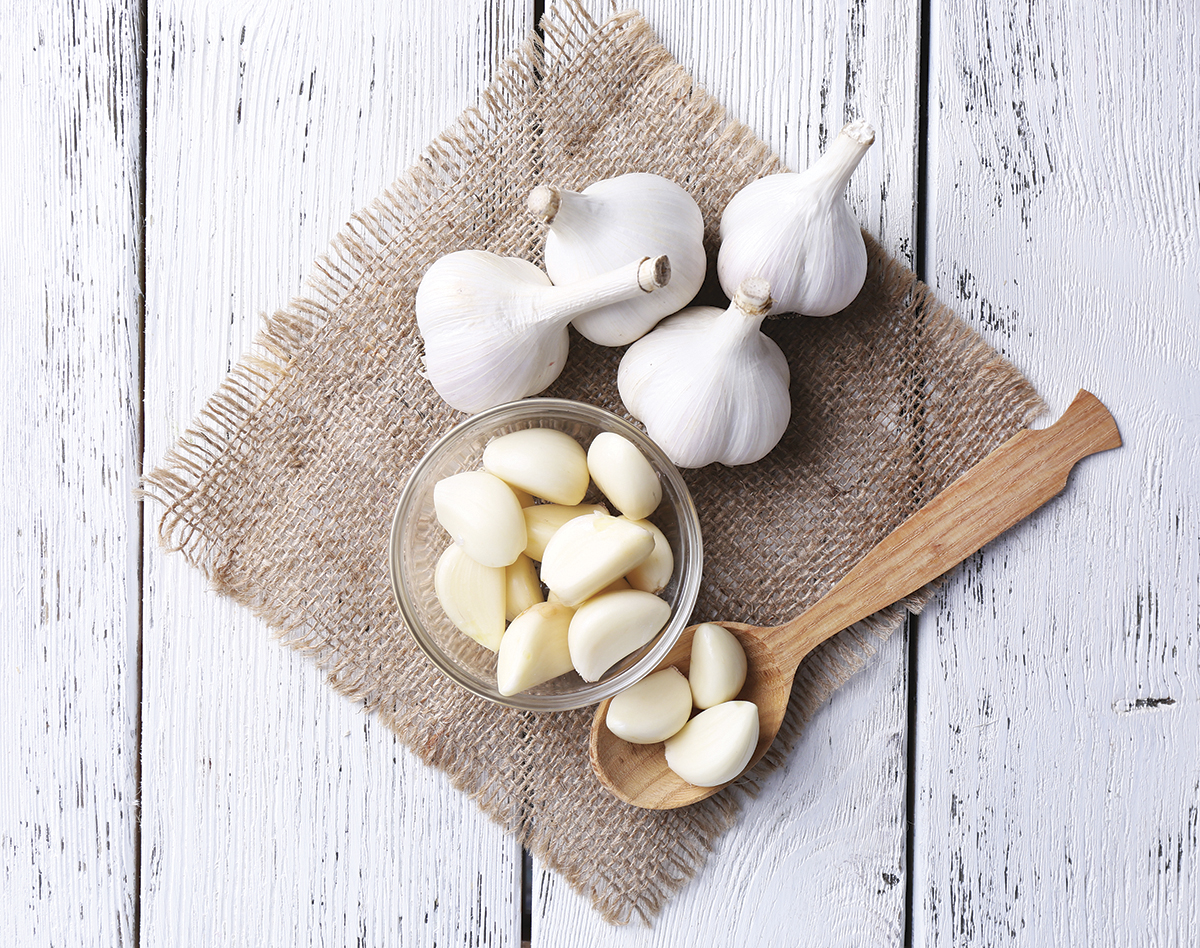 On its 90-acre plot, Enon Valley Garlic Co. plants many varieties of its namesake crop. Black garlic is a hot commodity in the culinary scene; you may make it by fermenting any of the farm’s softneck and hardneck garlics. Rosemary and Ron Stidmon and their crew of resident helpers sell homegrown edibles online and at area farmers markets and events, such as the yearly tomato and garlic fest at Phipps Conservatory and Botanical Gardens on Aug. 30.
[enonvalleygarlic.com]

Precision is key especially in the wood-fired pizza, which is light as air and Neapolitan-style. Take your slice of mast Nicola — with garlic-olive oil, basil and Pecorino Romano — and dip it in the sweet, balanced red sauce served with the meatball starter. In the Bolognese, veal-beef ragu coats just enough of the house-produced tagliatelle.
[424 Broad St., Sewickley; BYOB with corkage; 412/741-3700, mamboitaliasewickley.com]

“I love the beverage of coffee. I love the science of coffee. I geek out,” says TJ Fairchild, owner of Commonplace Coffee. He says he and his wife grew up in coffee-drinking families, which drove them to work for an independent shop called Cup A Joe while in college in North Carolina. While there, they fell in love with the coffee-shop culture and years later wanted to emulate it. The duo opened Commonplace Coffee Co. in 2003 as a retailer that sold La Prima coffee; since then, the Commonplace brand has blossomed to include shops, a roastery, a warehouse and their own line of coffee.

Plain coffee or with a mix-in?
Putting milk into it is enough for me. I want as much flavor as possible.

Industry inspiration?
My new favorite — not someone I interact with a lot — is Katsu Tanaka of Bear Pond Espresso. One of my favorite things he says is, “Coffee shouldn’t fall into trend; it should be classic.”

Preferred coffee for each time of day?
I like to start with a regular drip coffee in the morning … Mid-day, [I go for] cappuccino. When I’m fully awake, I like to have espresso — to fully appreciate the subtleties and nuances.