The “Truck Yeah! Round Up” attracted large crowds and mostly positive reviews. 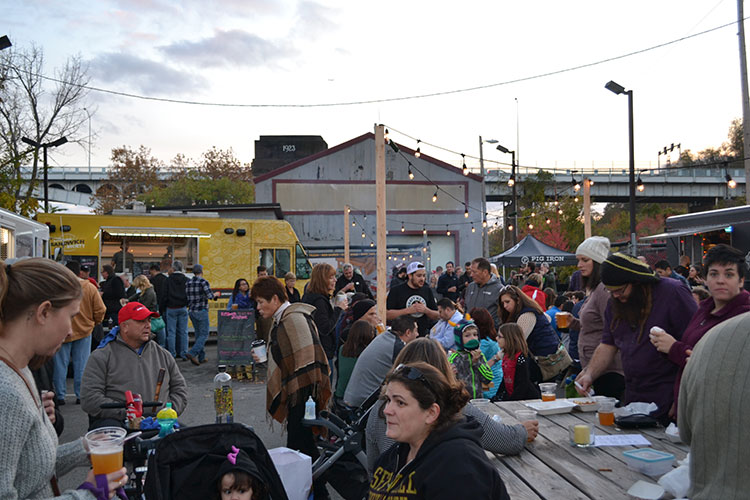 The Lang brothers, co-owners of the Pittsburgh Food Truck Park in Millvale, don’t own a food truck. They didn’t want to “just get in line” to become the next popular food truck in Pittsburgh. Two years ago, the brothers came up with a different idea.

To preview what is slotted to open in April, The Pittsburgh Food Truck Park located on River Front Drive under the 40th Street Bridge in Millvale, hosted the “Truck Yeah! Round Up” Friday night. Seven food trucks –– The Coop Chicken and Waffles, Doce Taqueria, Franktuary, Pittsburgh Po'boy, Pittsburgh Sandwich Society and Pittsburgh Smokehouse and Sinkers & Suds –– served more than 100 on the warm and clear November evening. 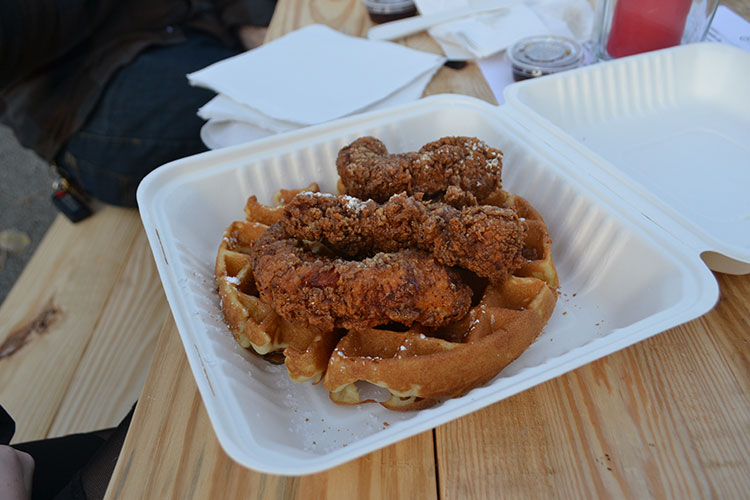 Matt Lang, who shares ownership of the park with his brothers Shawn and Tony, said the park will host any interested Pittsburgh area trucks on a rotating basis so that “all the trucks who want to be involved can be.”

After grabbing food and drink, diners found seats at one of 12 picnic tables, or stood next to one of the fire pits. The table setup and layout, designed by the Langs, is only temporary, Lang says. When the park opens for regular business in the spring, they plan to have much more seating.

Frank Badolato, a South Hills resident, says he will definitely return to the park. 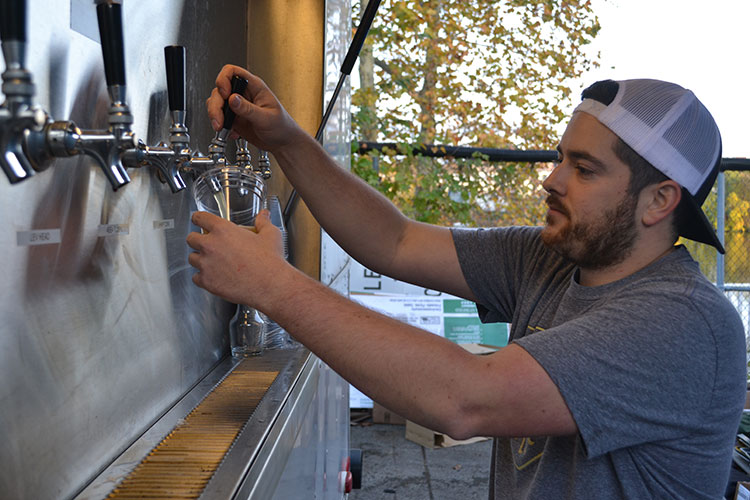 “I think it’s a great idea, Pittsburgh is always about six years behind on everything. So maybe this will change that.”

Lang says the park plans to serve dinner Thursdays through Sundays, hosting four to five trucks each night. Eventually, though, they’d like to serve lunch and dinner seven days a week. Lang also says that he hopes to standardize operations among the trucks. For instance, he would like all to to accept credit card payments. Most trucks accepted card payments Friday.

Millvale resident Mollie Devinney says she walks the trails in Millvale quite often, and that it will be nice to have somewhere local to go after a walk or a bike ride.

“It’s a good place to go if you have a picky eater,” Devinney said, pointing to her friend. “There’s a lot of different options.” 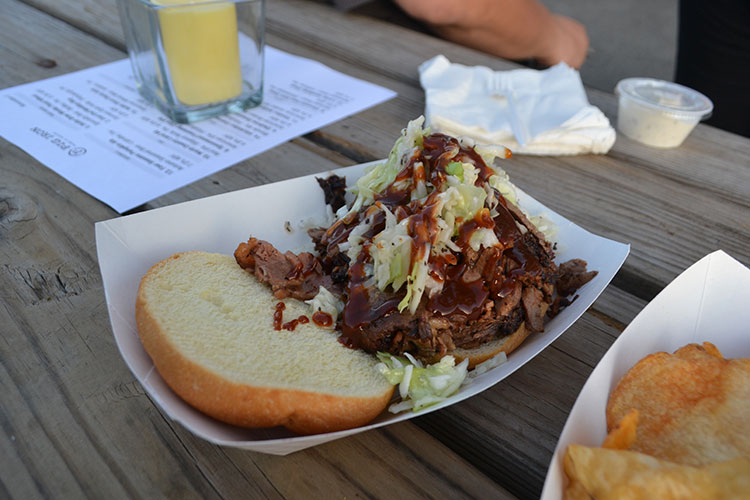 Over the next few months Lang and his brothers will be working on that — aiming to add indoor seating in a portion of the adjacent Millvale Public Works building that they have permission to use.

“There isn’t anything like this here,” says Lang. “We’d be jealous of whoever did it two years from now if we didn’t do it ourselves.”