Clean yourself up with the help of Jim Savarino at Jay Design in Lawrenceville. 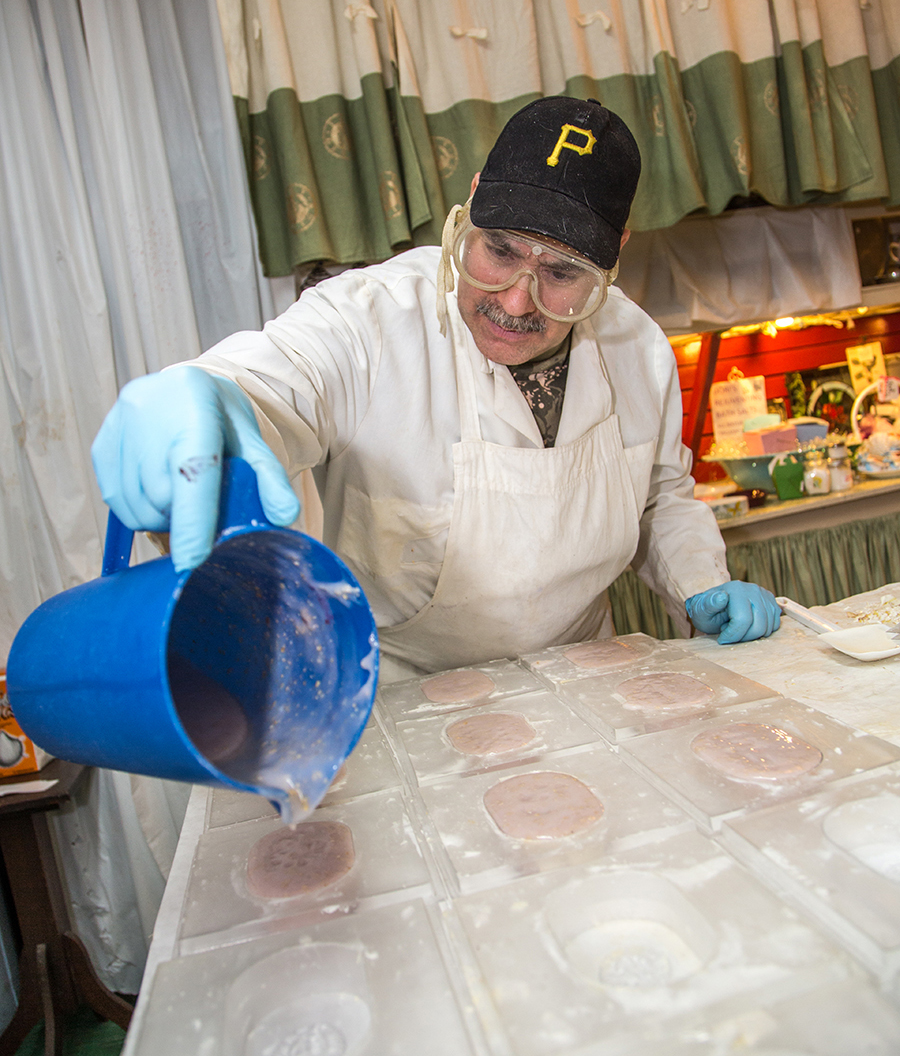 How long has your shop, Jay Design, operated in Lawrenceville?
The business moved here in 1997. The business started [in the late] Jay Bernard’s apartment at 365 N. Craig St., and the business outgrew the space, and we had to find a larger place to keep the operations going.

This all began when you two took a class in soap making at Old Economy Village in Ambridge?
Jay had been a very good friend of mine for years, and he called me one day and said, “Hey, Jim, how would you like to take a soap class with me? It’s a one-day event.” I had always wanted to learn how to do it. I wrote a recipe years [before] when I was working in food service on how to [make soap]. We went and we learned it, and Jay started a business from it. First, he started making the soap as gifts. Friends and family encouraged him to start a business . . .  Jay kept in contact through the whole gamut of his operations, and I told him if he ever got big enough to afford me, I’d give my notice and come on board.

How many bars do you churn out in an average week?
It depends — 100 to 200 in a week. Higher production is toward the end of the year at the holiday season.

The best-known pop culture representation of soap makers probably is “Fight Club.” What did you think of that movie?
For years, when I told people what I did, they said, “Oh, it sounds like ‘Fight Club,’” so I had to finally see the movie. [The screenwriters] know how soap is made, but of course it’s not a common practice [to] use fat from liposuction. That was bizarre.

Could it be done?
Yeah, you could use any kind of oil.

What kind do you use?
I use pork lard. It makes the soap lather better. I buy it wholesale from a food company. The lasting quality is attained using tallow [or beef fat], which can create a hard, brittle feel. I use both in my soap-making process.

This article appears in the May 2014 issue of Pittsburgh Magazine.
Categories: Business