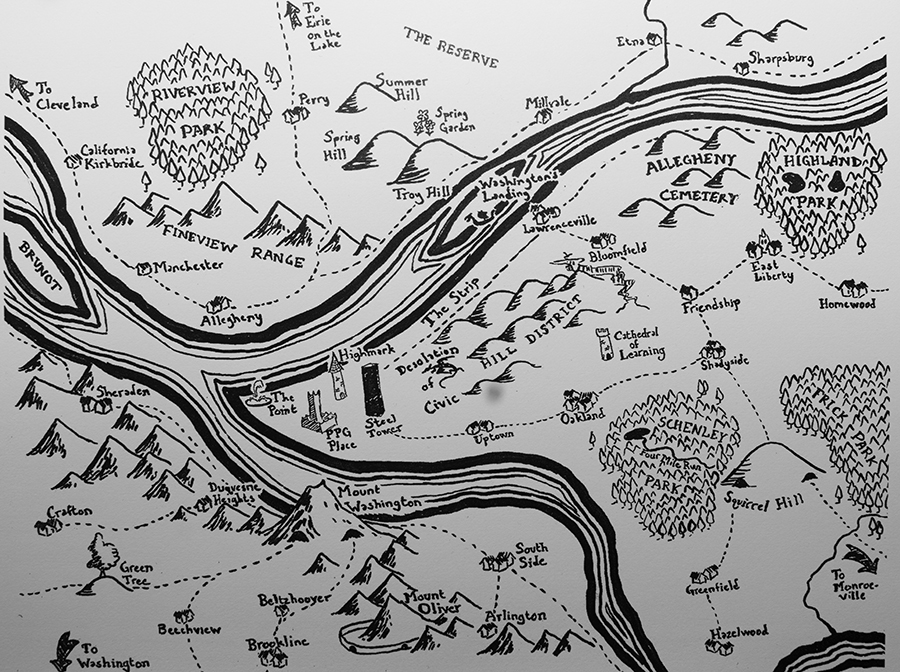 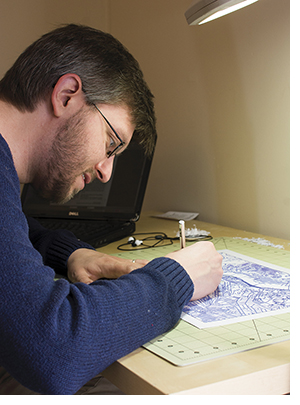 Why study geography?
I got interested in the discipline of geography from reading “Lord of the Rings.” I read it for the first time when I was in [the] third grade, and I was fascinated by the maps and all of the lands and cultures that they explored.

You make custom fantasy and cutout maps for your Etsy shop. What’s the process of creating a cutout map?
The cutout maps are done [with] an X-Acto Knife, and I use some of the modern, high-tech tools to put together the initial design. I can download [Geographic Information Systems] files of the locations of all the roads, and I format those in [a program called QGIS] — and I print them out, and I cut it out by hand, with an X-Acto Knife on cutting board. [I] bring a piece of white paper and cut out the streets.

Which maps of Pittsburgh neighborhoods are the most popular?
Lawrenceville and Oakland.

You have said that maps provide clues as to why a place is rich or poor, among other information.
If [people] with no cultural awareness of Pittsburgh or its history looked at a street map and had an expertise in maps, what kind of things could they learn? We talk about Pittsburgh as a city of neighborhoods, and that’s really obvious as we see how each neighborhood flows — how the streets all connect to each other and [how] they are aligned. That says a lot about how Pittsburgh was built, over rivers and gorges. And you could also infer how Pittsburghers are attached to their neighborhoods — and might not want to go across the river to other neighborhoods.

This article appears in the June 2014 issue of Pittsburgh Magazine.
Categories: Business