Meet Doug Parfitt, who once detailed the plane that carried Presidents Eisenhower and Kennedy. 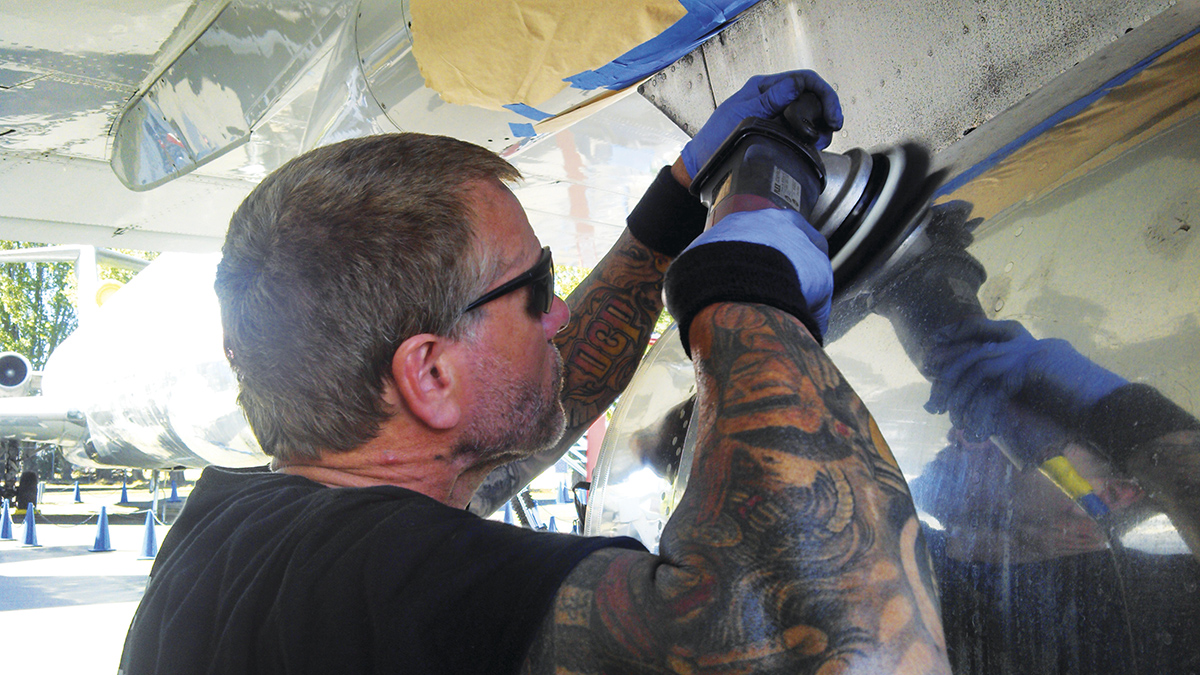 Who is your typical customer — classic-car or luxury-car owner? As you would expect, the person with the classic car tends to be the pickiest, and rightfully so. Sometimes, [those owners] have vehicles that are priceless or worth a lot of money, and they spend a lot of effort trying to restore them . . . They’re very worried about who touches their vehicle and who does what.

Last year, you got a gig detailing the Eisenhower/Kennedy-era Air Force One aircraft at the Museum of Flight in Seattle. How did that come about?
There is a gentleman who is basically the detailer of [that previous] Air Force One. His name is Renny Doyle, out of Big Bear Lake, Calif. I had trained with him in detailing and had worked on some other projects with him. He had worked on this particular Air Force One for the last 10 years, restoring it and bringing it back to its highest potential. He allows a group of people to get up there and work on that plane.

What pieces of that plane have you detailed?
I’ve worked on just about every part of it. The top half of the plane is all painted. The belly of the plane and the engines are bare aluminum, which [makes them] the hardest part of the plane to work on. It’s bare metal out in the elements of Seattle, Wash., and it gets oxidized. You have to cut all that stuff off to get the nice aluminum shine you’re trying to get. It’s a dirty job. You get a lot of gunk on you.

Have you done any other work on extremely large vehicles?
At the same museum, this past year we restored the exterior of the Concorde jet . . . We also did a [World War II-era U.S. Air Force] V29 Bomber [there].

Tell me about the process of detailing a boat.
Boats are a little bit trickier. Boats that sit in water tend to have a lot of problems with oxidation and buildup of gunk. Usually boats are made of fiberglass and have what’s called a gel coat on the outside. That’s different from cars, which are metal and have a basic clear-coat finish. This is a gel coat. It oxidizes from the sun. When you clean off that oxy, you have to clean off all that grime that accumulates from sitting in the water. It’s the same process of polishing and buffing out the gel coat but a little bit more difficult.

This article appears in the February 2015 issue of Pittsburgh Magazine.
Categories: Business