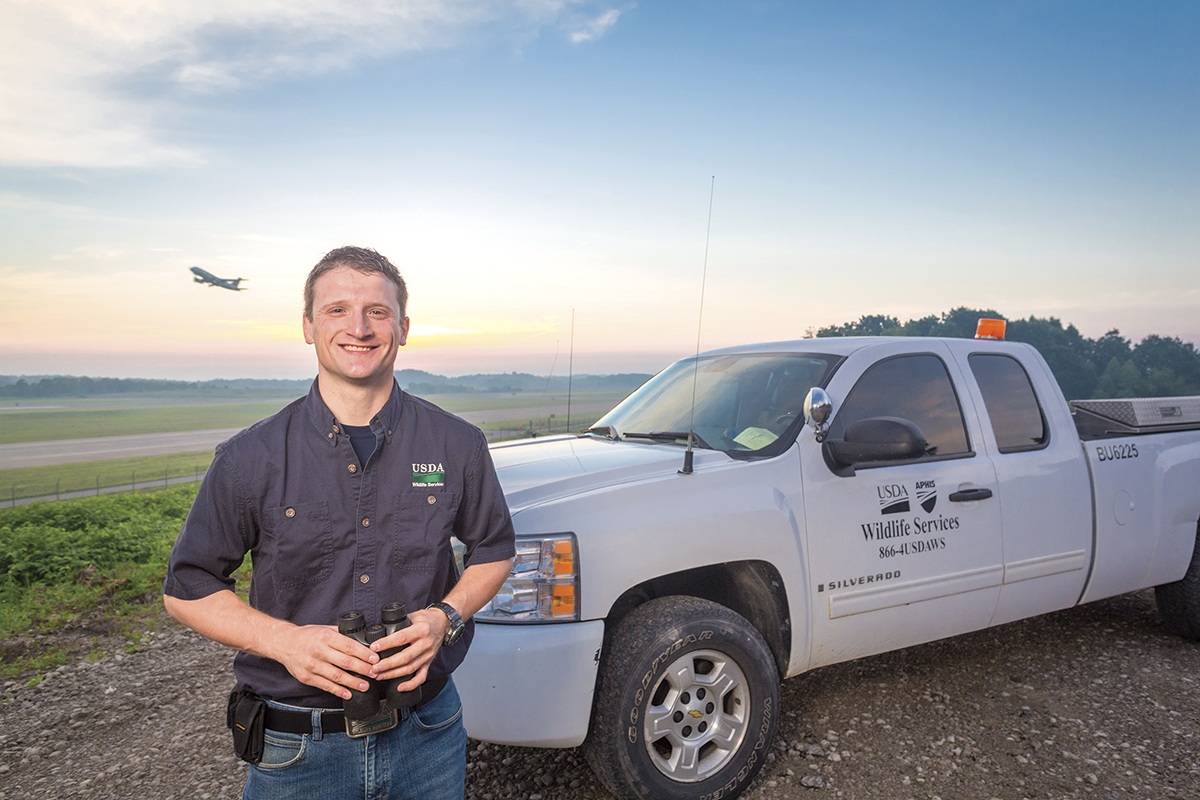 What does it mean to be an airport wildlife biologist?
We’re working to make sure people and wildlife can coexist without issues. Basically my position here is to protect human safety — [and] also to protect certain types of species and make sure they’re not attracted to areas close to the runways that would cause harm to humans. And to prevent bird strikes.

What is a bird strike?
When a bird hits a plane, it’s called a bird strike. There are mammal strikes, too. We’re in an area with a lot of woods, so it’s an ongoing battle. That’s why I’m constantly out in the field.

How do you keep a bird from flying wherever it wants?
We have a wildlife hazard-management plan. We spell out the different things we need to do. For example, we keep the grass to a certain height — 6 to 10 inches — adjacent to runways. [That] doesn’t allow the grass to go to seed, which would be attractive to certain species.

When you tell people what you do, is there a standard reaction?
Most people wouldn’t realize there’d be a wildlife biologist at an airport — but there are [more than 5,000] acres of woods surrounding Pittsburgh International Airport, so there’s a lot of different species to be concerned with.

What about this job appealed to you?
I like helping people, and I also like helping wildlife. This was kind of a nice mix.

What do you focus on when you’re in the field?
I’m always checking to make sure there are no issues where animals are getting in or caught in a fence or anything like that. Making sure the grass is at a certain height. Also, situational awareness is key. It’s real easy to not look where you’re going and drive out in front of a plane.

Do you have a most memorable day on the job?
Trapping and relocating the short-eared owl [to a safer location]. It’s a state-threatened and endangered species . . . this is the first [such] raptor relocation here that I’m aware of. It’s time-intensive to catch raptors.

This article appears in the August 2014 issue of Pittsburgh Magazine.
Categories: Business