How You Can Improve Transportation in Pittsburgh

Pittsburgh officials are asking for input on city transportation to help their new 50-year transit plan. 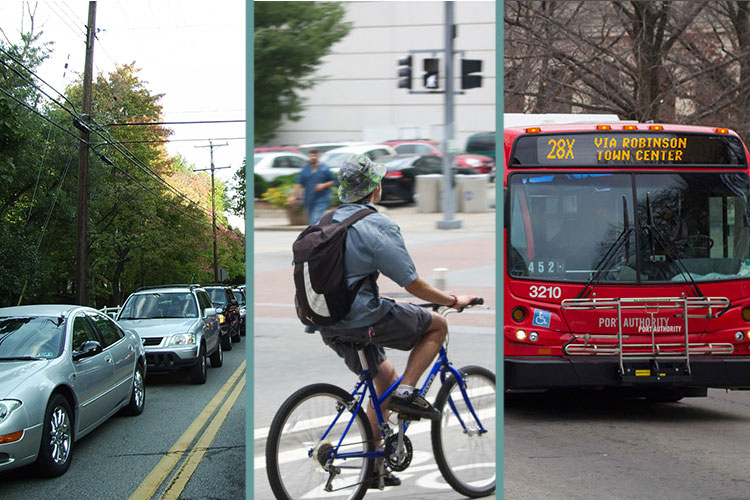 Have you ever been driving through Pittsburgh and thought “Why hasn’t the city fixed this?” Well, you’re in luck— Pittsburgh’s Department of Mobility and Infrastructure (DOMI) wants to hear from you on what you want the city’s transit to look like by 2070.

“We want to develop an ambitious and far-reaching vision plan for a complete and connected network capable of sustainably supporting a revitalized Pittsburgh,” the city’s 2070 Transportation Vision Plan website reads.

With the help of the plan, the city will develop a two-year action agenda to direct DOMI through its established and new goals. The 2070 plan will include city-wide initiatives that are already in place, such as the Pedestrian Safety Action Plan, the Bike Plan and the Complete Streets Design Guidelines, while working to avoid problems such as traffic congestion.

The city’s Pedestrian Safety Action Plan was influenced by a study that helped identify streets for a pedestrian network. The new sidewalk network will be completed by fall 2019, according to the 2070 Transportation Vision Plan website. The Pittsburgh Bike Plan, set to be completed in winter 2019, will establish new bike lanes and trails where the community identified as lacking networks, according to the website. The Complete Streets Design Guidelines, adopted in 2016, puts every form of transit (walking, biking and public transit) on an equal level as those driving motor vehicles. The city is working on “safe, connected, and convenient transportation networks” that will rework the streets to create a bigger public space, according to the website.​

DOMI is looking for input from Pittsburghers on what they think can be improved in the public transportation landscape. Throughout the summer and fall, DOMI will be attending several events in neighborhoods across the city to hear what Pittsburghers want.

If you can’t make it to an event but still want your voice to be heard, there is an interactive map that allows you to provide comments and a survey to fill out in addition to, or separate from, the map.