How We Met: Looking for Love

There’s online dating, sly family matchmakers or simple happenstance –– all could play a role in your love story. Here’s how couples are meeting the loves of their lives in 2016. 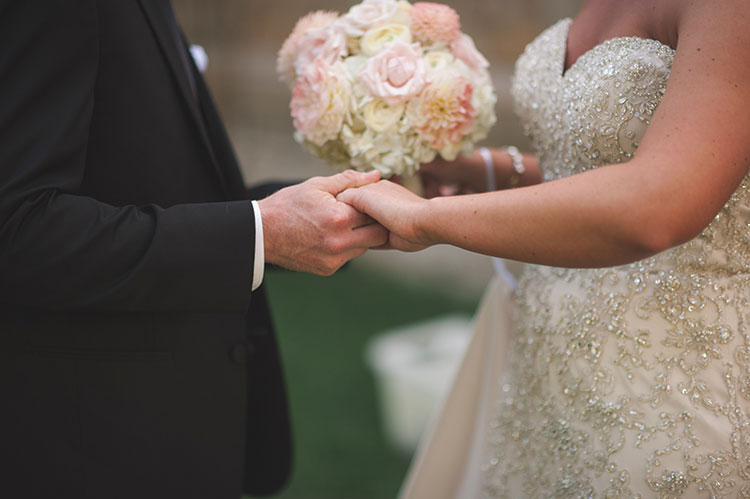 It’s that
movie-magic moment:
Two people spot one another
across a crowded room.
Their eyes meet, and in that moment
— before they’ve even spoken —
they connect.
Years later, when they’re asked how
they met, they’ll recount their
perfect moment to anyone
who will listen.
But how many couples
actually meet across
a crowded room? 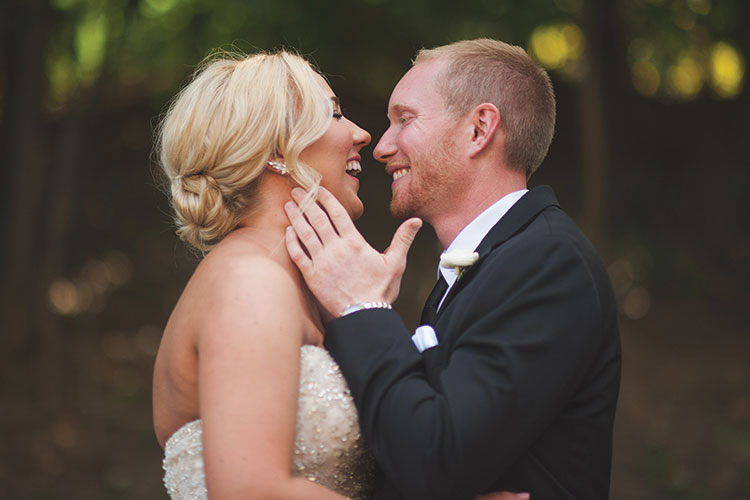 For Kira Bornak and Brant Waugaman, that crowded room was part of preschool.

The page in the 1993 yearbook for Calvary Baptist Preschool in West Mifflin is filled with smiling faces of toddlers. In the bottom row are Kira and Brant, their photographs next to each other.

Throughout elementary, middle and high school, the pair occasionally drifted apart but always came back together.

“We’ve been good friends our whole lives,” says Kira, an accountant at Schneider Downs & Co., Inc. “It wasn’t until high school we learned we were best friends and soulmates.”

The pair, now both 27, officially began dating in their senior year at West Mifflin Area High School after attending the homecoming dance together.

Kira and Brant’s love story may not be one-of-a-kind, but their kind of experience — meeting your soulmate in primary and secondary school — is becoming more rare as the 21st century picks up speed. According to Stanford University’s How Couples Meet and Stay Together study, less than five percent of couples who marry found each other in the halls of elementary school, high school or — in Kira and Brant’s case — preschool.

It hasn’t always been this way.

But what about the role played by friends? In the half-century between 1940 and 1990, the number of people who found love through friends’ introductions rose steadily from 21 percent in 1940, peaking in 1990 at 40 percent. Since then, however, that percentage has dropped to around 30 percent, as couples turn to a new platform to broker introductions: the internet. 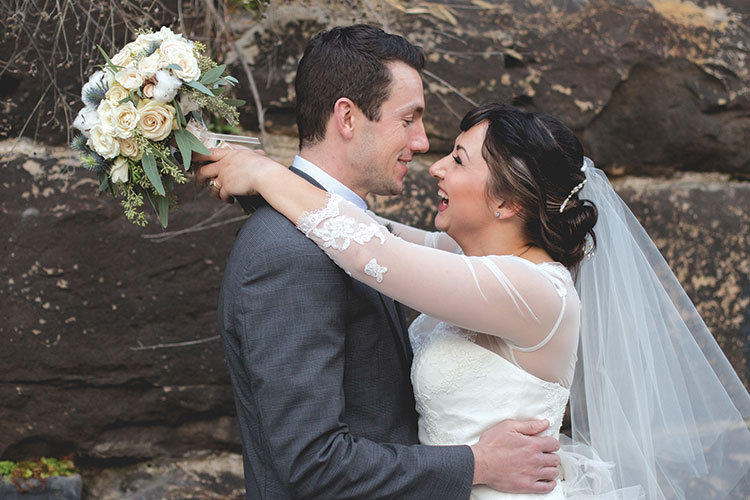 Love in the Digital Age.

For Krystle Grandy and Chris Nirschel, love was waiting behind the click of a mouse.

​Krystle, 27, had been in and out of relationships for a few years and was ready for something more serious; she just didn’t know where to find it. She also didn’t have the time with her busy career as an account executive and producer at an advertising agency. Then, her mom signed her up for Match.com.

When Krystle began her online experience, she issued a challenge to herself: she would give guys who traditionally weren’t her type a chance, and she would go on at least one date a week. When those first few dates didn’t go well, she was ready to give up — until Chris, a mergers-and-acquisitions consultant, messaged her.

He definitely wasn’t her usual type, she recalls. “I have been in this kind of rock-and-roll, tattoos scene for a while now,” she says. “When I saw his picture … I was a little bit judgmental.”

Chris, 33, was among the more clean-cut guys she had encountered on Match.com. But she was determined to meet her self-imposed challenge. “[I decided], I’m gonna stick to this because there could be something here. It’s funny because [Chris] is one of the most edgy people I’ve met, and I never would have known that.”
After chatting for a while on the site, Krystle gave Chris her phone number, and the two began texting. “When he messaged me, I probed him and asked a couple questions, trying to be very discerning about what he wanted … what kind of person he was,” Krystle says. “He passed the test.”

Still wary about the online dating scene, Krystle played hard to get and told Chris she was busy for two weeks. At a friend’s New Year’s Eve party during this period, however, her outlook changed.

“I just remember everybody had their person [at the party],” Krystle says. “It was just really awkward and uncomfortable all night, so I texted Chris and finally we set a date.”

​Krystle and Chris, who now live in South Side, say they’re grateful they took a chance on online dating. “I met the most wonderful person I’ve ever met in my entire life off of a profile picture and a paragraph or two of writing,” Krystle says. “It’s kind of unbelievable.”

The internet has revolutionized the dating scene. Mobile apps and websites make it easy to make informed decisions on potential relationships that wouldn’t have been possible in the 1940s or even the 1990s. As of 2015, 15 percent of U.S. adults have used online or mobile dating services, according to the Pew Research Center.
According to Stanford’s survey, the percentage of couples who meet online has been steadily rising since 1995 and currently is around 22 percent for heterosexual couples. Same-sex couples meet online 60 percent of the time.

Krystle and Chris say they didn’t know anyone else their age who had met the way they had. “There was really no one [we knew] who had met someone and had a long lasting relationship online,” Krystle says. 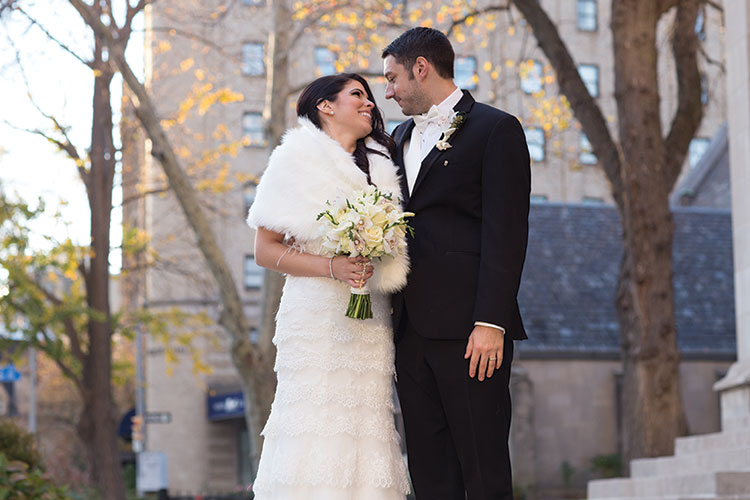 Dozens of couples sent in details about their weddings and how they met to Pittsburgh Magazine’s 2016 Real Wedding Submissions. Many of these Pittsburgh couples met in the classic ways identified by the How Couples Meet study: online, through friends and in school. Plenty of others, though, met in ways all their own. Two couples met while playing on teams in different ice hockey leagues, another met while working at Home Depot and another reconnected on Match.com after almost a decade apart.

Michelle Zorrilla and Gregg Shanefelt found one another at a bike shop.

Michelle, 31, had moved to Pittsburgh in 2011. When she decided to continue her studies for her Ph.D. in human genetics here, she thought that purchasing a bike would be a good way for her to meet people.

When she started shopping at Kindred Cycles in the Strip District, she found a bike as well as the man she would marry.

Gregg, a web developer and bike enthusiast who worked at Kindred Cycles, quickly made sure he was Michelle’s go-to associate anytime she came into the store. “I suggested that she get a bike fit done by [me] to make sure that everything was correct and to get advice about the racing scene,” Gregg, 27, says. He asked her out on a date at one of their first races while he helped her to pin her number on her jersey. Their first date? A bike ride through Pittsburgh.

“It’s always a good time when we tell people how we met,” says Michelle. “Our hobby brought us even closer together and gave us something to enjoy together.”

Biking carried through the relationship — they spent their weekends on bike trails and named their puppy Roubaix after a famous bike race. When it was time for their wedding on Nov. 13, 2015 at St. Paul Cathedral, they included a few touches of biking in the celebration. For their guest book, they created a custom poster board featuring a bike held up by balloons; guests signed their names in the balloons. On their way to the reception, Gregg and Michelle stopped by the Healthy Ride city bike station on Fifth Avenue in Oakland to pose. They now live in Braddock Hills, where a love for biking continues in their marriage.

No matter what national studies say, couples will continue to meet in unexpected ways — whether at a college reunion, on an ice rink or in a bar. Your story as a couple starts with that first glance, mouse click or bike-shop visit.