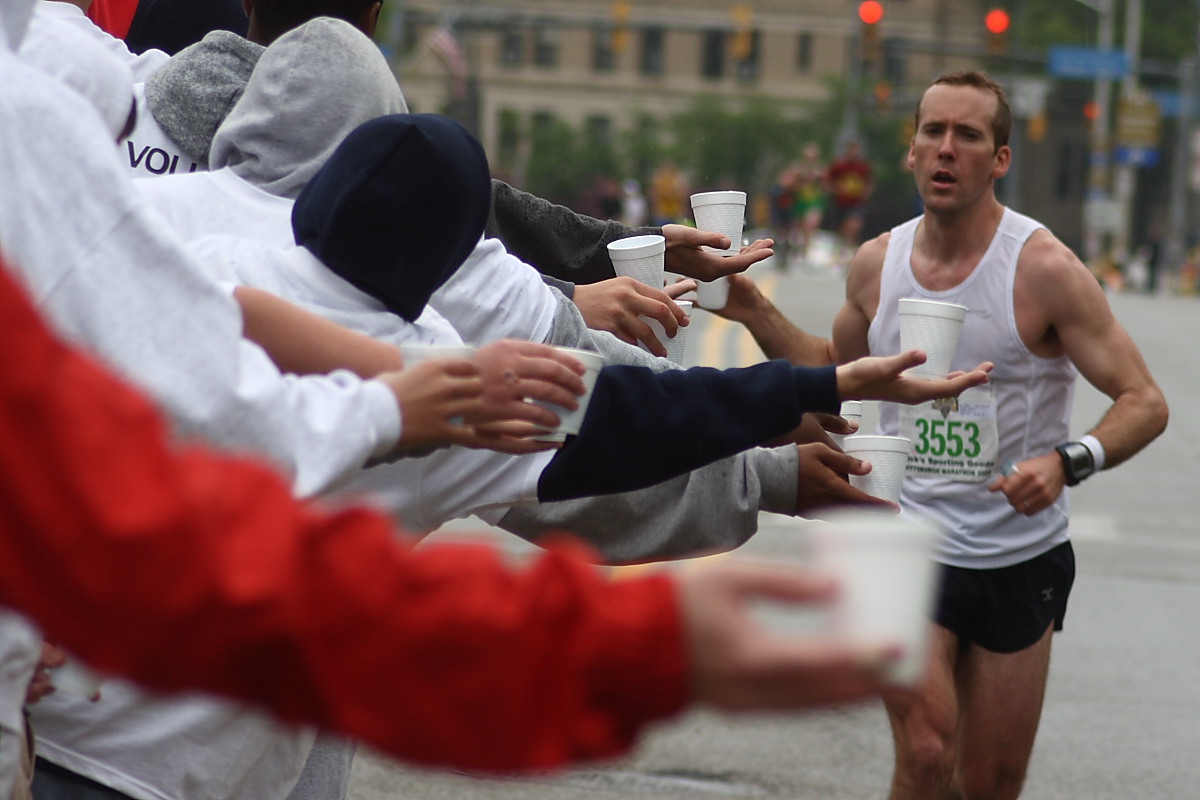 Like everything around here, the Dick's Sporting Goods Pittsburgh Marathon has grown steadily over the years. It’s a Pittsburgh tradition. After all, the Three Rivers Arts Festival went from a quiet outdoor gallery show to a 10-day extravaganza. Every Penguins playoff game spills over to envelop the entire Lower Hill. And don’t tell me that Kennywood and Sandcastle don’t have a manifest destiny thing going where they plan to keep expanding until they meet somewhere around the Rankin Bridge.

So what was once a race is now a weekend. There’s the marathon and half-marathon, sure, but there’s also a Kids Marathon, a 5K, a Relay and — yes — a Pet Walk (which provides for the best single sentence on the event website: “If your pet is in heat, please leave her at home.” Always good advice.) Don’t actually wanna lace up your shoes and/or leashes? You can still take in the two-day fitness expo at the David L. Lawrence Convention Center or the massive post-race festivities at Point State Park. (Check out the full schedule of events for even more, including pasta.)

But perhaps you’d just like to watch the athletes in action without any exertion. Perhaps you’d like a frosty beverage in your hand at the time. Maybe a snack, even. Well, because the Pittsburgh Marathon winds through some of our favorite neighborhoods, we’re happy to provide a rundown of spots where you can kick back and watch the more-athletically inclined do their thing.

Sadly, we can’t comment on watching a marathon without addressing recent events. The marathon has added a rundown of safety procedures and advice here. Still, we know that there are some who will feel uneasy, to say the least, at the prospect of taking in the race. And that’s OK. If you’d like to support from home, you can watch the race on your computer and even receive text alerts about the progress of individual runners. And by the way, make sure you stop by the fitness expo sometime this weekend and grab a Boston Strong bracelet — the Pittsburgh Marathon is teaming up with races in Cleveland and Cincinnati to raise funds for the Boston One Fund.

If you are planning on heading to the marathon, though, here are our picks.