How to Survive Disney's 'The Lone Ranger'

Dragged along to this family-friendly snoozer over the July 4 weekend? Consult our survival guide. 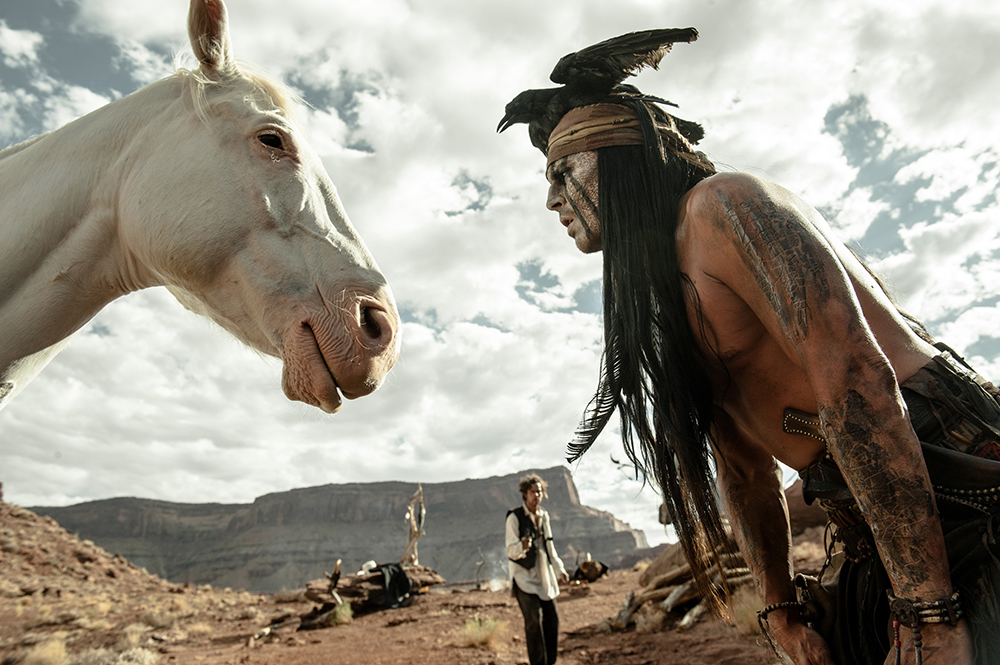 The chief problem with Disney’s 40-years-too-late adaptation of The Lone Ranger — aside from trying to force a blockbuster revival of a long-forgotten property with no name recognition for any generation younger than the Boomers — is that it’s really, really boring.

Despite Johnny Depp once again reprising his performance as Captain Jack Sparrow — sorry, Tonto — and Armie Hammer’s capable work as the titular Ranger, The Lone Ranger is an overly serious and drawn-out kiddie western with little to engage the audience. With a snooze-inducing 149-minute running time further weighing it down, it’s impossible not to check your watch.

With that in mind, I’d like to provide a theater-by-theater guide to surviving The Lone Ranger. It’s a holiday weekend, and plenty of families are heading to an air-conditioned multiplex looking for a compromise choice — and if you need a flick that pleases the grandparents and isn’t too violent for the kids, you might end up reluctantly buying a ticket for The Lone Ranger. Don’t worry; you can make it.

Order some popcorn. Watch the trailers. See how far you can make it into Tonto’s tale without itching for the exits — for me, it was about 45 minutes. Then, when you can’t take any more …


When you’ve completed your task, return — begrudgingly — to your screening of The Lone Ranger. If you’ve timed it right, you’ll hear the opening notes of the William Tell Overture, which kindly announce the arrival of the movie’s only interesting sequence, an admittedly thrilling climactic chase scene.

Now, your family members or movie companions may give you a dirty look, but rest assured: They’re not angry because you ditched them for the better part of an hour. They’re jealous because you had to endure much less of The Lone Ranger than they did.

This article appears in the July 2013 issue of After Dark.
Categories: After Dark