How to Survive a Pittsburgh Apocalypse, Zombie or Otherwise

Pittsburgh is not a great place to be when disaster strikes, according to the CDC, but PittGirl has contingency plans. 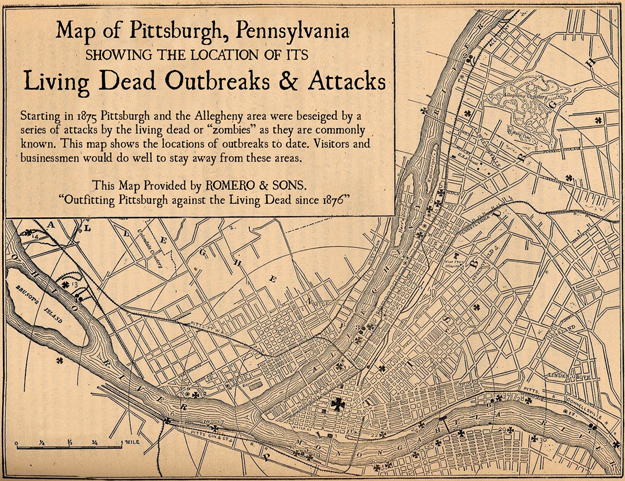 My forthcoming January Pittsburgh Magazine column is all about various lists that Pittsburgh made in 2011, both good and bad. It was a fun internet wormhole to get lost in as I discovered the best and worst cities for asthmatics, clean air, casual sex and much more.

Not included in that column is a list very recently released and one we have got to talk about, 'Burghers.

The U.S. Center for Disease Control (CDC) has an initiative called the Cities Readiness Initiative (CRI) designed to "enhance the emergency preparedness of America’s largest cities and metropolitan statistical areas." In particular, the CRI measures how well a city would handle a large-scale bio-terror attack. It follows that cities least prepared to handle bio-terrorism would also be the least prepared for other disasters, natural and unnatural. The CDC scores cities on disaster preparedness on a scale from 0 to 100, with the goal being to score 69 or higher.

A recently-released list ranks the five worst cities to be in when disaster strikes, based on their CRI score.

Kids, with a lousy score of 57, Pittsburgh is number 5 on the list. The only worse places to be when disaster strikes are Fresno, Birmingham and Albuquerque.

Since we clearly can't rely on the city of Pittsburgh to take care of us when the eventual disaster strikes, let's have a look at some possible disaster-response plans we 'Burghers might adopt and rank them on a scale of 1-100. One means "bend over and kiss your bottom goodbye" and 100 means "not even the Death Star could breach this fortress of safety."

1. Run for the Hills
As reader Lucy, who sent me the link to the story, wrote, "Maybe the kind folks who conducted the survey didn't consider the Mayor's plan to run for the hills (literally – hello Seven Springs!) an effective disaster preparedness method." I think we can all agree that planning to simply run for the Laurel Mountains or even the top of Mt. Washington is poor planning and preparedness and only brings you closer to the enemy if the disaster is an alien invasion.
Score: 20.

2. Knee-jerk Grocery Store Runs
Why plan in advance when you can simply hit the Iggle the second Sally Wiggin appears on your television and screams, "FLEE!" There you'll fight with other desperate yinzers for the last four-pack of value-priced tissue-thin toilet paper, expired milk and morsels of moldy Schwebel's. This plan also seems like it should be a last-resort plan after you've decided to ride out the storm and go down with the ship, waving your Terrible Towel until the disaster swallows you up.
Score: 2 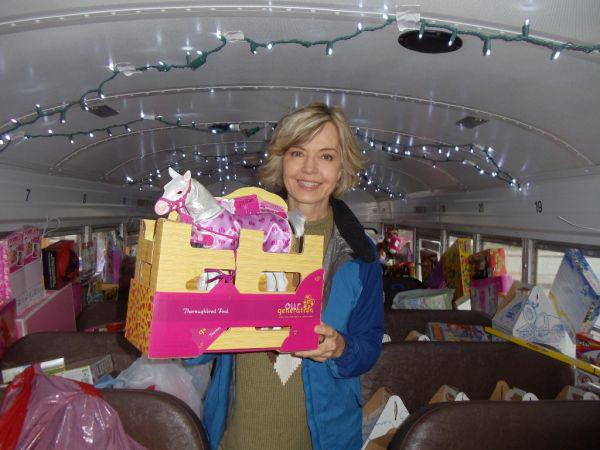 "THIS JUST IN: The end is here! Grab everything you can! Save the ponies!"

3. Ignorance is Bliss
Take a cue from the local news: If it's not a weather-related disaster or Steelers-related, it's not newsworthy or important. It'll pass. When's dinner?
Score: 0

4. Prepare for Zombies
I've mentioned this before, but it bears repeating. Even the CDC realized not too long ago that the method for preparing for the eventual zombie-apocalypse that will rise out of Monroeville Mall is the exact same method for preparing for any natural or unnatural disaster. Don't plug your ears and say la-la-la-la the city will save me. Don't believe for a second that hoarding milk, toilet paper and bread products will cushion the blow of a true disaster. Don't stick your head in the sand and wait for the disaster to pass by. Don't expect anyone else to take care of your family but you.
Score: 80 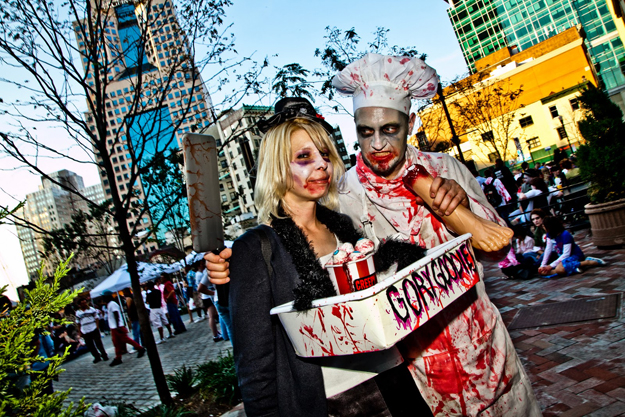 Download the novella about how to prepare for zombies. Read the CDC's recommendations. Make a kit.

Above all else, watch your brains.

This article appears in the December 2011 issue of PittGirl.
Categories: PittGirl