Dust off your oldest sport coat and grab a cigar because this weekend you're having fun Rooney-style. 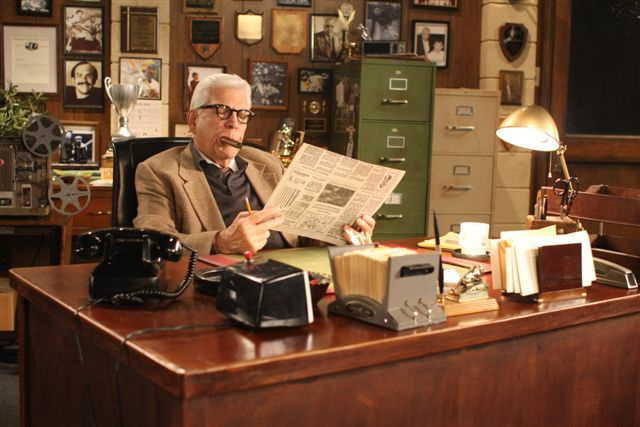 Okay, who wants to party like The Chief? It’s not as hard as you’d think. All you really need for a Rooney-esque evening is cigars, steak and horses — and not necessarily in that order.

When I visited all four nearby casinos for 2011’s City Guide, the Meadows Racetrack and Casino was, admittedly, my least favorite. My judgment may have been clouded; as I recall, someone yelled at me in the parking lot, the first thing I did upon entry was to foolishly wander into a high-rollers lounge, and I was there too late to catch any live racing. But I’ve since wondered if I was too harsh on the historic racetrack and less-historic gaming hall, and I vowed to give it another shot. A late-2012 radio spot advertising expanded (and presumably  conflict-free) parking didn’t hurt.

The casino half of the equation is only about six years old, and it fits a familiar mold: A sea of endlessly-varied slots crowded around a cluster of table games. High-limit areas lurk to the sides of the room. And while the gaming options will be familiar to anyone weaned on Rivers Casino, the Meadows can boast a more spacious and comfortable setup; rows of slots are less cramped, and the table games don’t seem to be right on top of one another, as they sometimes can on the North Shore.

I’m still a fan of the Silks Lounge, a bar and stage on the main gaming floor; the drink prices remain far below the casino average, and it’s nice to have featured entertainment so close, no escalators (or maps) necessary.

But the main event at Meadows, obviously enough, is racing. The track is celebrating its 50th anniversary this year, and remains a destination for fans of harness racing (if you’ve never seen harness racing, picture a normal horse race but move the jockeys to a shopping cart trailing behind the animal). While this version of the sport lacks a bit of the thrill of thoroughbred racing, to the casual gambler the difference is negligible. There are horses; you can bet on ’em.

In fact, this is the closest race-track to downtown, and as such, deserves special consideration. While the picturesque track at Mountaineer may edge ahead of the Meadows on aesthetics, this track is closer, cheaper and more comfortable. There’s a large mall-style food court (yes, with beer) overlooking the track; a range of down-home food, from Thanksgiving dinners to fish-and-chip platters, is available for your trackside dining needs, usually for under $10. There’s even a coffeeshop, if you happen to enjoy a cappuccino with your horse-playin’.

So, yes, this is definitely the place to put on your best Art Rooney. It goes like this:

If it was good enough for our favorite ’Burgher ever, it’ll do nicely for you, too. And fortunately, there’s a great spot for a Chief-esque night out right down the road.