Your (gluten-free, vegan) Thanksgiving dessert is here — and everyone can enjoy it. 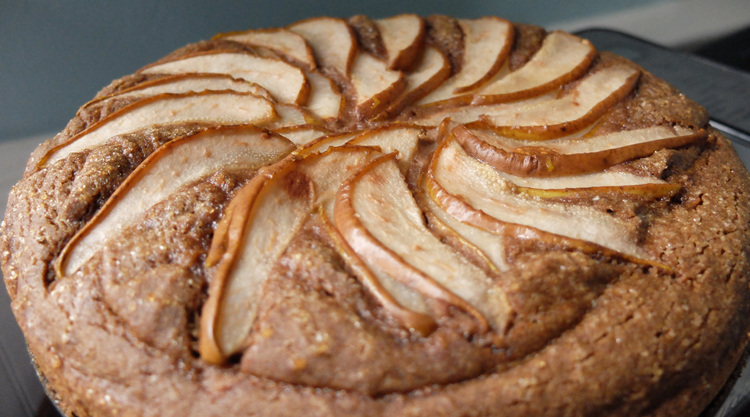 The biggest food holiday is almost here. Every year for the past two years, I’ve been giving you desserts that everyone at the party can share and love. This year is no exception.

First, we had this No-Bake Silky Pumpkin Pie. 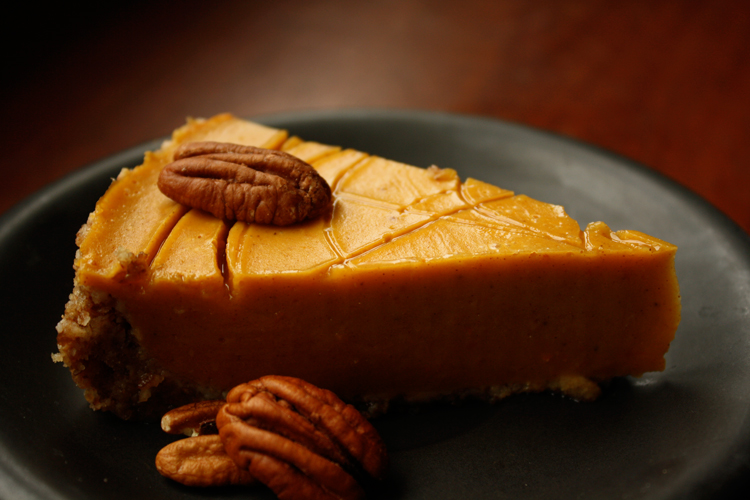 Then, we had this killer Pumpkin Caramel Pie, with the most unbelievable coconut caramel. 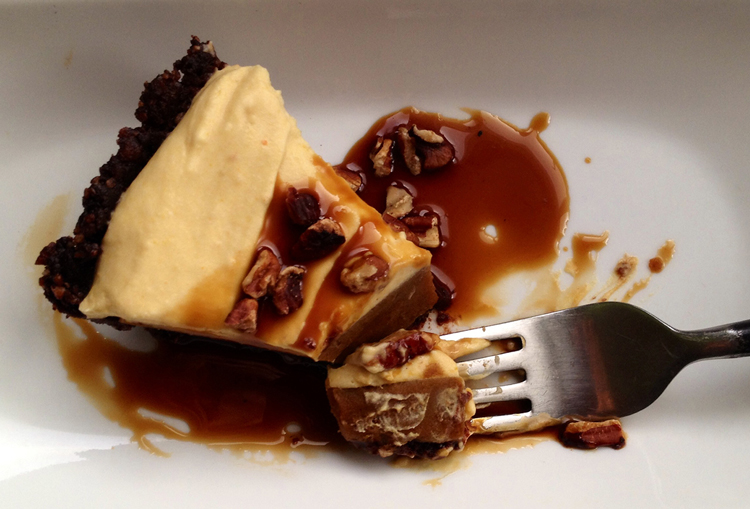 This year, I decided to mix it up a little and go the cake route. Still seasonal, still super easy and still super delicious.

I asked my friend and baker Jeanette Harris to work with me on a recipe. She founded the fantastic Gluten Free Goat bakery, and you may have seen her goodies at Espresso a Mano or Commonplace Coffee, among other places. Jeanette found out 10 years ago that she has celiac disease — but rather than letting that limit what she can eat, she took matters into her own hands and expanded her world. Thanks to her, these doughnuts exist. Just like that, she has made the world a better place! For everyone — celiac or not! 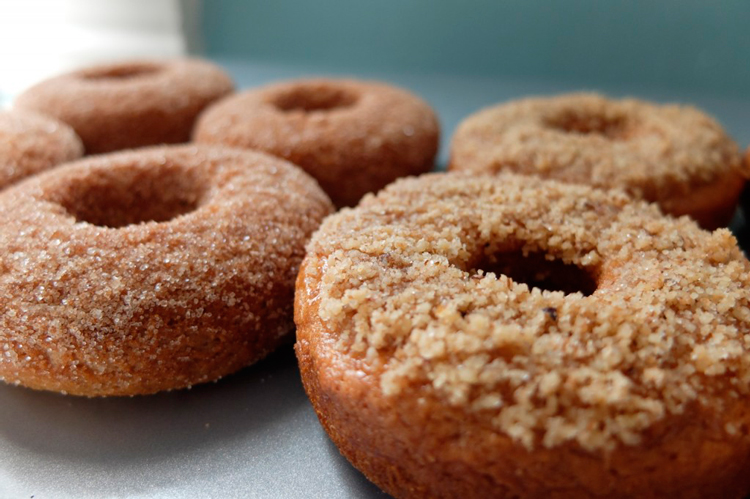 If there ever were a gateway food for healthier eating, it’d be dessert. Sounds counterintuitive? It’s really not. The best way to show people that healthier eating doesn’t require you to eat cardboard-like substances is to give them a doughnut that will rock their socks off. Then belatedly inform them that it only has “whole” and “natural” ingredients — two words that may invoke “sawdust” for some.

Jeanette presented me with this Spiced Pear Cake recipe that I immediately tried at home. BIG HIT. She uses brown-rice flour and teff flour. I have tried the recipe two ways, exactly as she has it in her recipe and with an all-purpose gluten-free baking flour mix. Both worked wonderfully. I love that the recipe uses maple syrup as a sweetener with an added boost from evaporated cane juice, which is a slightly less-processed form of sugar. I also used whole cane sugar in one recipe, and the cake came out less sweet — but I was OK with that.

This Spiced Pear Cake also is beautiful to look at. I served it with some coconut whipped cream and coconut caramel to gild it. So decadent and so wonderful for the most delicious gathering of the year.