How to Enjoy a Haunted House

Don't get to Halloween attractions much anymore? You might be doing it wrong. 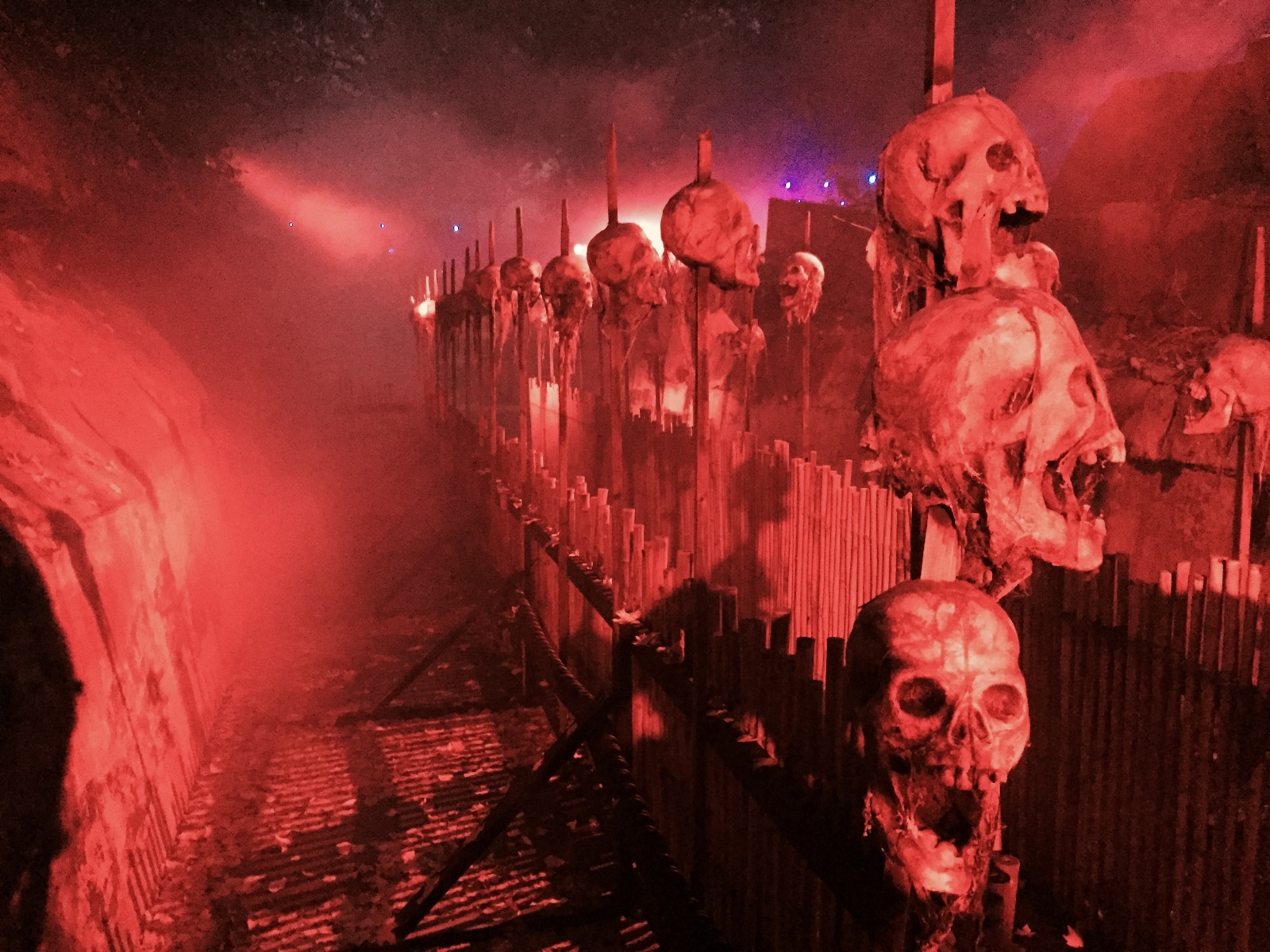 Some people don’t make visiting Halloween attractions a part of their yearly routine. In many places, that’s a reasonable decision.

Pittsburgh is not one of those places.

The haunted houses around here are just too good. The national plaudits directed at The ScareHouse are well documented, Hundred Acres Manor frequently joins it on best-in-the-country lists and Kennywood’s Phantom Fright Nights is a perfect seasonal adaptation of the park. And there are always contenders to those three champions popping up.

If you’re not a seasoned haunt fan, you should be — and there are ways to make it easy and fun, even for the timid. Here’s a quick guide.

Go early (or on weeknights). Early in both senses of the word — early in the evening, before the lines start to stack, and early in the season. Two of the haunts mentioned above are already open (Phantom Fright Nights kicks off Sept. 28), and certainly less busy than they’ll be as Halloween approaches. You’ll get the same experience, and less of a line, showing up at 7 p.m. on a September evening than you will at 9 p.m. in late October. As the date grows closer, ScareHouse and Hundred Acres Manor add more weeknight openings, which are also less packed.

Check the weather. Nothing will ruin your time like standing in a cold driving rain for 45 minutes before you make it to the front door. On the other hand, a crisp fall evening makes the experience better. Plan an early-season trip; if the weather is less than prime, reschedule.

Read online reviews beforehand. This doesn’t apply to the three favorites, but if you’re evaluating whether another haunt is worth the drive and the expense, get some extra opinions. I speak from experience: It’s quite a disappointment to drive an hour, and drop $20, only to find a half-hearted farmhouse stocked with 13-year-olds in clown costumes.

Bring a skittish friend. (Don’t be the skittish friend.) A big part of the fun is watching a particularly jumpy individual hit the ceiling when they hear an unexpected sound. Go with a group, and bring someone who has been known to lose their composure at the slightest shock. (Am I describing you? Find someone even easier to startle. Their overreaction will help calm you down.)

Consider ear plugs. No, really. If you typically take ear plugs to concerts, you should consider wearing them at a haunted attraction. Nothing makes people jump more than sudden, loud sound — a fact which is not lost on haunted-house designers. While the better haunts aren’t actively trying to deafen you, I’ve never met one without at least a few sonic booms. (And even if you’re not perturbed by sound, you can still occasionally catch a scream from an actor at the wrong angle and get your bell rung.)

If there’s a VIP pass available, buy it. At the first haunt I visited this year, the line probably would’ve been about 70 minutes. When I decided to spring for the fast pass, I walked directly into the attraction. The difference? Another $15. The investment is worth it if you’d like your night to consist of more scares than standing.

Pay attention to detail; don’t rush through the rooms. You didn’t pay to bury your face in the sweatshirt of the person in front of you and stumble from one place to the next. Pittsburgh’s haunts are recognized for their detailed, remarkable design; pay attention to it. Walk into a room, assess whether or not someone is about to accost you, then look at the little details. There are plenty to find, and they’re always delightful. Treat it a bit more like a museum than a maze.

Move neither too quickly nor too slowly. If you rush through, not only will you miss everything, you’ll quickly catch up to the folks in front of you, creating a conga line. If you dally in every room too long, the crew behind you will have the same problem. Take your time, but don’t gum up the works.

Remember: No one is here to give you a bad evening. Haunted houses are businesses, and they’re looking for repeat customers. They want to scare you, but no one wants to leave you scarred for life. You’re here for a good time. Have one.