How to Drink Well in Monroeville

Brewstone is another solid spot to grab gameday beers in the 'Burbs. 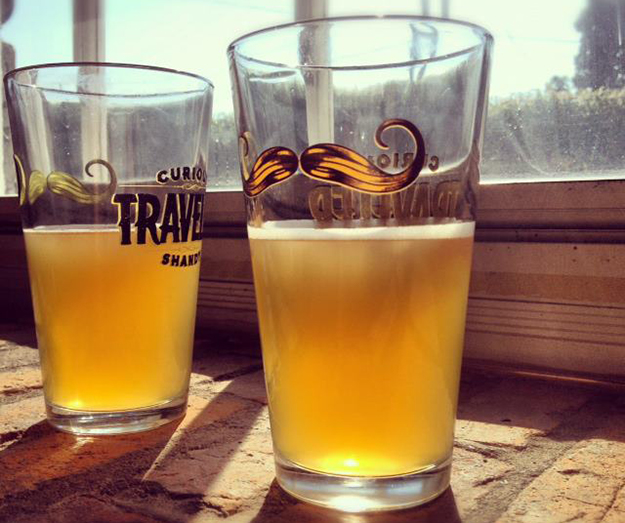 Photo courtesy of The House of Shandy Beer Co.

I recently received a lovely gift package from the folks at The House of Shandy Beer Co., a brand-new Vermont brewery. It was a big day for me, professionally: A beer company had sent me a present. I knew I must be doing things right.

In any case, I tried their initial offering, Curious Traveler, a craft wheat ale made with fresh lemon and lime; it’s a refreshing, surprisingly flavorful brew, perfect for late summer. (Call it your bridge between normal beer and pumpkin beer.) Dutifully, I took to Twitter with my comments, and user @patronaut0709 helpfully pointed out that Curious Traveler is on tap at Monroeville’s Brewstone.

And that was an interesting update. Because I wanted another beer. But also because I hadn’t heard of Brewstone.

Since opening in July, the burgers-and-beers joint has garnered buzz for its robust beer selection — aside from the aforementioned Traveler, they offer a nice selection of drafts, focusing on American craft brews — and a staggering quantity of televisions. Yes, televisions. Ever have that problem where you go to a sports bar for a particular game, but you’re seated at a poor angle from the TV that’s showing it? Not a problem at Brewstone. Every booth is equipped with its own flat-screen.

I was initially hesitant, for one simple reason: Brewstone is a chain. Only sort of, though; the Monroeville branch is the second location, modeled after the Indianapolis original (more Brewstones are in store for Philadelphia and Westlake, Ohio). Still, that means there are fewer Brewstones than Sharp Edges, so we can’t really cast stones. It may not be homegrown, but it’s not like we’re talking about T.G.I. Friday’s, here.

I visited on a Saturday night, immediately finding a sizable crowd and a 45-minute wait. The bad news is that extended delays are the norm for most Monroeville restaurants. Fortunately, though, Brewstone’s bar is more than big enough to accommodate you during your wait. Plenty of time to pour over the draft list and select your beer. If you hustle, you can even fit in an appetizer before you’re seated.

And, whenever you get around to it, you should definitely get an app. Like most beer-focused joints, they know how to snack. The Spinach and Artichoke Dip is good; the cheese sticks, ingeniously coated with crumbled tortilla chips, are awesome. When it’s time for an entree, focus on the pizza, burgers and pasta dishes. I tried some tacos, and they didn’t do much for me, but everything else we sampled was above average.

The atmosphere at Brewstone is upbeat and boisterous, encouraging raucous laughter and loud voices. As we ate, more than one party kibitzed as though they were the only ones in the room. Part of the vibe is due to the upbeat ’80s soundtrack, a constant stream of neon hits (the videos are played on the few sports-free TVs). As a lover of that most ostentatious of decades, I dug it, but if you’re rolling your eyes at the thought of munching on wings to the tune of “We Built this City,” be forewarned.

Brewstone is loud, it’s high in calories and it’s crowded, but that’s often just what we’re looking for around here. If you have a game to watch or a college buddy to catch up with, you could do a lot worse. Add in the great beer selection and Brewstone is an easy go-to once you’re an exit or two north of the Squirrel Hill Tunnel. Great beer in the suburbs! Rejoice!