How to Curate Humanity at the Carnegie Museum

The Carnegie Museum of Natural History has hired a new staff member whose specialty is to study how and why humans became the dominant force in the earth’s system. 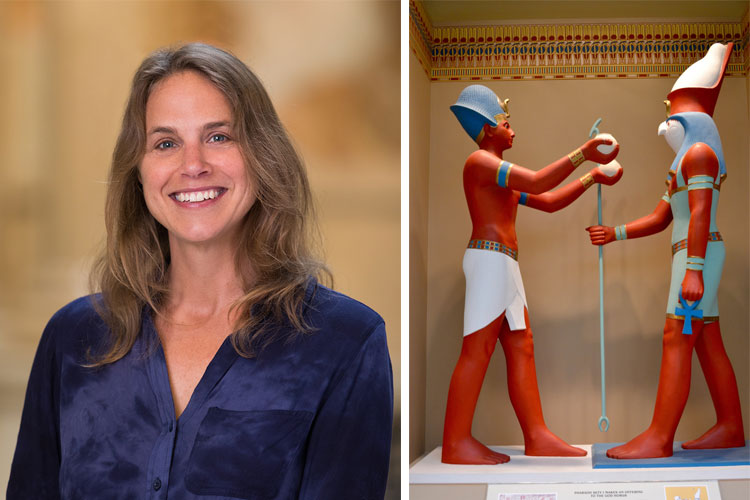 The Carnegie Museum of Natural History is known for its world-class dinosaur fossils, arctic models such as igloos and wolves and sprawling collections of specimens. Now, it’s adding a new specialty: modern humans.

Following the success of a recent exhibit, “We Are Nature: Living in the Anthropocene,” the museum added a new position to its staff. California native Nicole Heller has been named the museum’s first curator of the anthropocene; she has been on the job since January.

The term “anthropocene” is common among environmental scientists and ecologists, but the average museumgoer may be unaware of what the word means. Heller, who has taught biology and ecology classes at Duke University and Franklin and Marshall College, is eager to clarify the implications of the term.

“[The anthropocene] is a big topic. But at its root, it is a newly proposed geological epoch that begins when human beings, collectively, have become a dominant force in the earth’s system,” Heller says. “What we are doing as people is restructuring all of the parts of our earth — our water, air, landscape.”

Heller’s new position will bring pieces of the museum together to help guests become familiar with that concept. The job will be developing constantly; Heller is not only the first curator of the anthropocene at the Carnegie Museum but the first anywhere.

“Different from some of the other curators, I don’t have a section or [a] large collection of specimens, like the bird collection,” she says. “I’m looking at the specimens and collections that we do have, both in Natural History and [possibly] in the Art collections, and thinking about how we could use these to understand the anthropocene.”