How to Celebrate the Moon Landing Anniversary in Pittsburgh 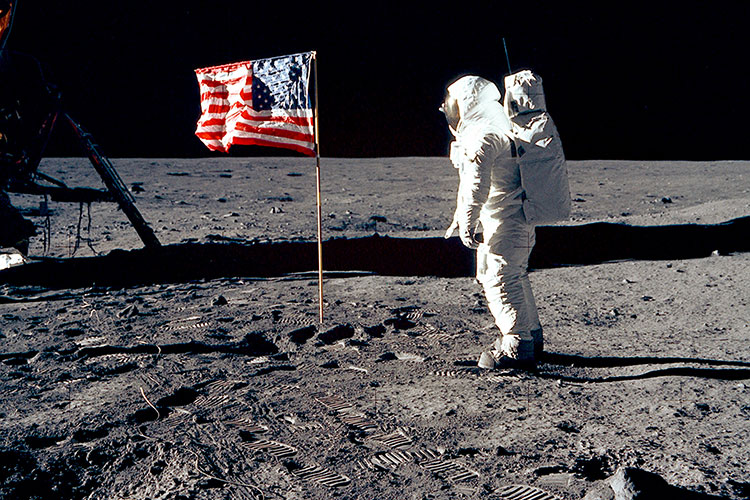 It was one small step for man, and one giant leap for mankind. And it happened 50 years ago this week.

The Apollo 11 spaceflight, launched on July 16, 1969 and manned by astronauts Neil Armstrong and Buzz Aldrin, brought humanity’s starbound dreams to fruition, ushering in a new era of space exploration.

The craft landed on July 20; with a phrase that would soon become famous, Armstrong stepped out onto the lunar surface. To celebrate Apollo 11’s golden anniversary, several local events are set to take place, from film screenings to new exhibits and more.

At dusk on Saturday, July 20, the Oscar-winning “First Man,” starring Ryan Gosling, will be screened in Riverview Park. The film, chronicling the life of Neil Armstrong and his legendary lunar landing, will be presented in affiliation with the Cinema in the Park series — and will be presented free of charge. (If your Saturday is already booked, you can attend the Wednesday, July 17 screening on Flagstaff Hill in Schenley Park.)

If you’d rather seek refuge from the summer heat in a massive air-conditioned amphitheatre, look no further than the Carnegie Science Center. The Rangos Giant Cinema will be presenting a museum-exclusive version of “Apollo 11: First Steps Edition” on Pittsburgh’s largest screen. The press release boasts never-before-seen footage and newly discovered audio recordings and promises that, with a little help from premium surround sound and superior resolution, you’ll feel like you’re right there in the cockpit.

The film will play through the end of July, and you can buy a ticket for $9.95 on the Carnegie Science Center’s website.

The Heinz History Center has an eventful weekend planned to commemorate the contributions made by Western Pennsylvanians to the historical endeavor, and it’s kicking it all off with the launch of a “500-square-foot Destination Moon gallery within its flagship ‘Pittsburgh: A Tradition of Innovation’ exhibition,” according to a press release. The gallery will include stories, artifacts and interactive interfaces to tell the story of the region’s role in the Apollo 11 mission. 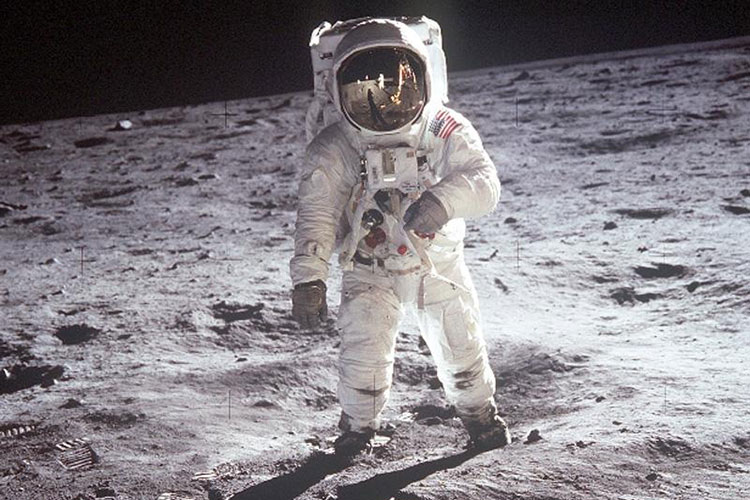 Among the artifacts is a prototype camera developed by Westinghouse to capture images on the surface of the moon. The final version would record Armstrong’s first steps on the lunar surface.

Accompanying the exhibit is a screening of “The Day We Walked on the Moon,” a Smithsonian Channel documentary, set to be shown at 2 p.m. on July 20. Packed with interviews from members of the Apollo 11 crew, Mission Control and the families of Armstrong and Aldrin, the documentary tells the story of the lunar landing from the folks who were there to see it unfold. The film is free with regular museum admission.

The Heinz History Center is also planning to introduce an online exhibition you can explore on the Google Arts & Culture platform from the comfort of your home. Part of Google’s special “A Giant Leap for Mankind” project, the virtual exhibit, “Pittsburgh Goes to the Moon,” will pop up on July 20 and stand alongside presentations from NASA, the Smithsonian’s National Air & Space Museum, the John F. Kennedy Presidential Library & Museum and more.

For a more kid-friendly day out, stop at 2 p.m. on July 20 by the Downtown & Business branch of the Carnegie Library for some out-of-this-world arts and crafts, astronaut food and more. If you happen to find yourself at a Pirates game soon, keep an eye out for the “Apollo at the Park” exhibit, which features a full-sized statue of Armstrong’s spacesuit on the PNC Riverwalk behind section 142. The statue was provided in partnership with the Smithsonian National Air and Space Museum, and will be on display until the end of the season.

The Apollo 11 mission translated science fiction into science fact, and as Armstrong and Aldrin boldly went where no one had gone before, their journey was rife with tricky maneuvers and difficult decisions. With so many celebratory goings on to choose from, the hardest decision you’ll face will be determining which ones will make it onto your to-do list.