How to Add a Soundtrack to Downtown Pittsburgh Nightlife

The Pittsburgh Downtown Partnership is working to bring more music and more variety to the golden triangle. 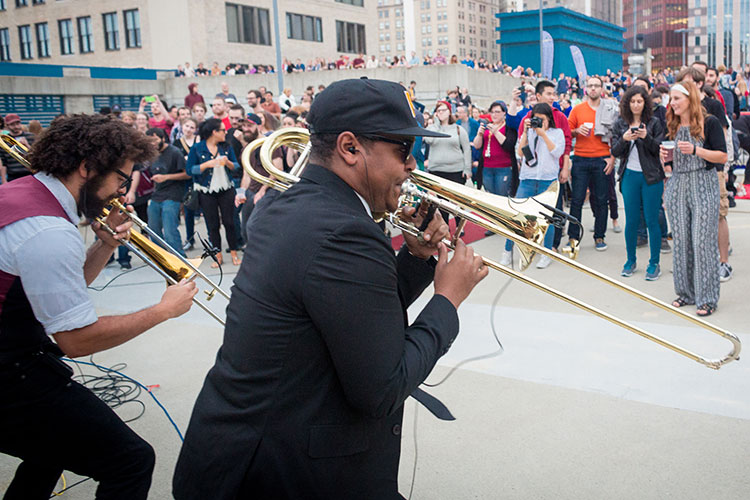 Thanks to a bevy of great restaurants and bars plus a thriving cultural district, Downtown Pittsburgh’s nightlife is vastly improved from the days when “you could shoot a cannon down Fifth Avenue on a Saturday night and no one would notice.”

“We know that the economic impact of a vibrant nighttime economy can be transformational to a neighborhood. With the rapid development occurring in Downtown, particularly in hotels and residential, the time is ideal to again turn our attention towards cultivating a vibrant music scene that can be enjoyed by all.”

There are pockets of live music options on the South Side, Lawrenceville and Bloomfield but few venues in the golden triangle.

“You go to Austin, everyone has a soundboard, they’ve got lights, it’s how they function,”  Waldrup says.

Waldrup says the PDP will be meeting over the next few months with bar and restaurant owners to explore ways of adding more of a soundtrack to the nightlife scene.

Justin Strong, who books Spirit and previously owned the Shadow Lounge, was part of a panel discussion on the issue during the PDP’s annual meeting Wednesday.

He says bringing more live music Downtown will require an investment. Venues will need to hire a full-time person to run the music side, purchase or lease sound and lights, and decide whether or not to charge a cover to pay for it all.

Despite the challenges, Waldrup subscribes to the theory that “if you build it, they will come.”

Realizing it's economic impact, Waldrup says “We need to engage and really understand the music scene in Pittsburgh.”