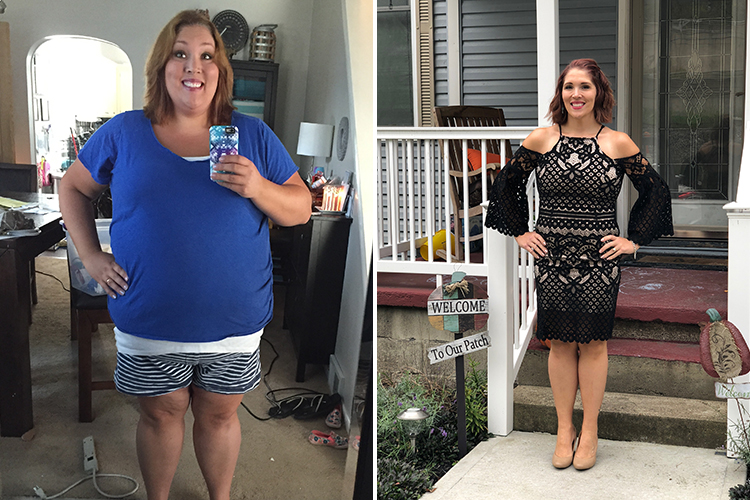 Getting Healthy to Keep up with the Kids

“I was always the chubby one,” Lee said, talking about her childhood with four brothers and sisters. “I was teased about it.”

Although she thinned out briefly in junior high school, she started to gain again in high school. She was working part-time and eating late at night, mostly fast food. And when she was 19 or so, she gained 75 pounds in a few months.

Lee was diagnosed with polycystic ovarian syndrome (PCOS), a common hormonal imbalance in women of childbearing age. About half of the women with PCOS have trouble controlling their weight.

When Lee became pregnant with her first daughter, she gained less than 10 pounds. She lost 50 pounds with Weight Watchers™ after her daughter was born but gained it back. She tried Weight Watchers several times over the next few years, but her weight seemed to be set between 280 and 285.

Lee’s health was fairly good. She took medicine for high blood pressure and acid reflux, and she had mild sleep apnea. Her biggest health scare was with the birth of her third child.
She had a pulmonary embolism, a blood clot that blocked an artery in her lung and could have been fatal.

“I thought about my weight every moment of every day,” Lee said. She wondered if a chair would break, life jackets would fit, or if the seatbelt in the airplane would latch when she and her husband went to Mexico for their 10-year anniversary.

Occasionally, she thought about bariatric surgery. “It seemed like the easy way,” Lee said. “I told myself I didn’t need to do that. I could lose the weight on my own.”

It was a family vacation to Disney World that encouraged her to make a change.

“I had website called ‘Disney at Large’ pulled up on my phone. People commented about all the rides. It told me which rides I couldn’t fit into the seats. Or what seats to sit in so I would fit,” Lee said.  “I spent so much time on that site that I wasn’t enjoying the time with my husband and girls.” 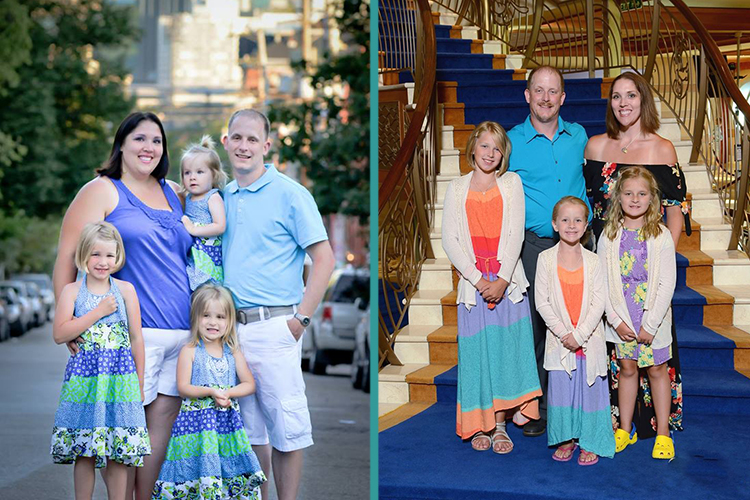 Back home, Lee talked to a co-worker who’d had gastric bypass and went to an information session with Dr. George Eid, AHN bariatric surgeon, at the Wexford Health + Wellness Pavilion.

“He was so kind and compassionate,” Lee said. “It resonated with me.” So, she made an appointment.

To have her insurance to cover the surgery, she followed a doctor-supervised diet for three months. At her first weigh in, she was 323 pounds.

After three months, she was scheduled for the vertical sleeve gastrectomy. This procedure removes a large portion of the stomach, including the section that produces the hunger hormone, and leaves a part of the stomach that’s about the size of a banana.

She was so determined to have a successful surgery that, at her sister’s baby shower three days before her surgery, Lee brought her “clear liquid” foods. 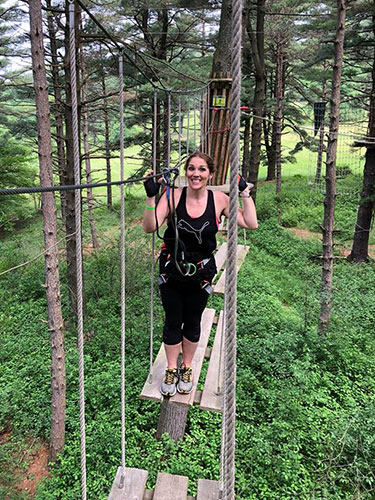 “I can buy clothes off the rack and run around with my husband and girls.”

Since she doesn’t really feel hungry anymore, she is especially mindful about her food, eating her proteins first and limiting carbs and sugar.

“When I talk to people, I let them know surgery isn’t a quick, or easy fix,” Lee said. “It takes hard work to eat so you’re getting the right nutrition.”

When she occasionally gets off track, Lee resets by going back to post-surgery diet basics for a few days.

Last summer, she had skin removed from her abdomen.

“I didn’t realize how much I lived my life by my weight,” Lee said, “until after I lost it.”  She went skydiving, ran a 5K, and tackled the Go Ape Zip Line and Tree Top Adventure course at North Park. Now, she’s training to run in the Great Race in September.

“My husband has been totally supportive the whole time,” Lee says. And, her daughters know Lee had surgery to help her get fit. “I don’t want to make it about weight,” she said. “I just wanted them to see me healthy and active.”