How Steelers Arrive at Camp Means Nothing Beyond Today

Grand entrances or relatively quiet arrivals at Saint Vincent College mean little to the Steelers. Their best hope at redemption initially involves working on the details of their game, a few of which ought be ironed out rather easily in the event the players are dedicated to such tasks at training camp.

There was palpable angst on the eve of Training Camp 2019, or so it seemed, over the manner in which the higher-profile Steelers intended to arrive at Saint Vincent College.

Classic cars, one after another.

Those were the days, weren’t they?

It all changed when Antonio Brown was delivered last summer in a helicopter.

At least not until he decided to quit on his teammates in late December.

But because his Steelers tenure eventually ended in a manner as distasteful as it was for the Steelers to ultimately come up short of the playoffs, it was somehow, in retrospect, all the damn helicopter’s fault.

The helicopter symbolized all that was wrong with the Steelers a season ago.

Or so the narrative emerged. 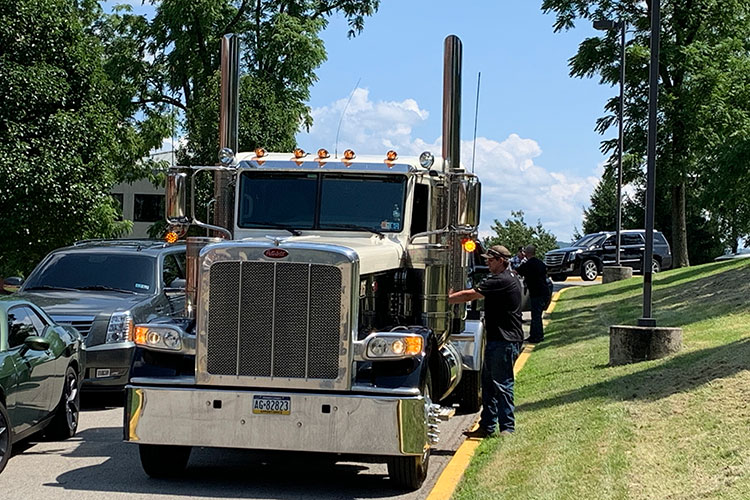 Those who subscribed to such a theory were no doubt displeased to hear that wide receiver Eli Rogers showed up riding the cab of a semi truck, and decked out in work boots, overalls, gloves, a hard hat, the whole 9 yards.

Rogers was even carrying a barbell.

“I always admired the blue-collar spirit that Pittsburgh has,” Rogers maintained. “Gettin’ ready to work, man, lay a great foundation for this year.” 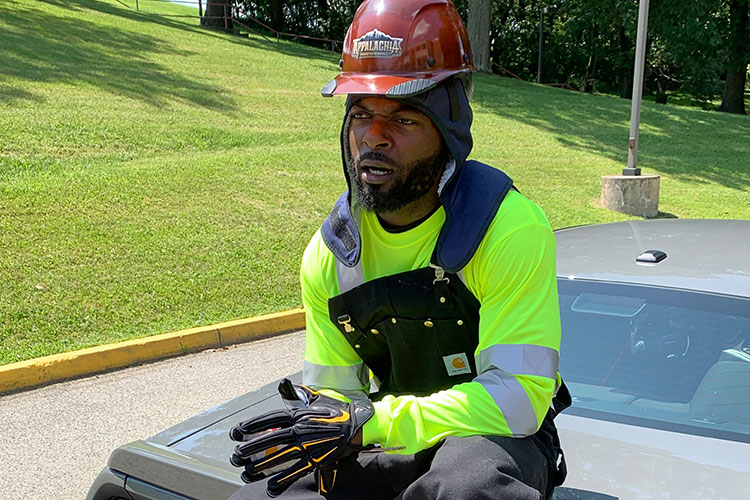 Rogers insisted he’d reported in a similar getup last season, but no one seemed to remember.

That was probably because of the helicopter.

Other than Rogers’ keep-on-truckin’ mantra, it was a relatively uneventful afternoon along the access road behind Rooney Hall.

I was actually hoping JuJu Smith-Schuster would touch down in a replica Apollo 11 lunar module this time around.

Because it’s not how you start, particularly as it relates to what happens before camp officially begins.

It’s how you finish.

A lot of things will occur in between that will end up dictating where the journey eventually ends, and many will be out of the Steelers’ control.

But there are, likewise, some attainable changes they can and need to make in pursuit of a much happier ending.

The simplest of those would include:

Protecting the ball when that’s all you have to do: Turnovers occur, as the Steelers are well aware. But when you’re ahead, 21-7, midway through the fourth quarter, as the Steelers were in the opener last season in Cleveland, when Browns fans were already heading for the exits, don’t fumble. The Steelers could have taken a knee on three consecutive snaps and punted the ball back to the Browns at that juncture, and still won. Instead, James Conner’s fumble set the Browns up at the Steelers’ 1-yard line, it was a one-score game quickly thereafter and … well, you know the rest.

Don’t make it harder than it needs to be: It was agonizingly difficult for the Steelers to intercept passes last season. But they could have had at least nine rather than the minuscule eight they ended up with had Sean Davis not mistakenly blasted Joe Haden while Haden was in the process of collecting an end zone interception against the Chargers. Instead, Keenan Allen came up with the carom for a gift TD and the Steelers would up with another come-from-ahead loss. Xavier Grimble’s fumble at the goal line in Denver was another unforced error that resonated.

Make the play, then celebrate: Roosevelt Nix confused that protocol in New Orleans when he emphatically signaled “first down” at the conclusion of a fake punt that came up short of the required yardage. Jordan Dangerfield and Cam Sutton also participated in the premature demonstration.

It’ll take more than merely cleaning up such details.

But for starters, it’s not too much to ask to at least look like you know what you’re doing.

Accomplishing as much in Latrobe would make whatever results await down the road much more palpable.

At the very least it would represent one small step for the players.

And one giant leap for the 2019 Steelers.