For homeless Youth, living on the street can end up being worse than what they’re running from. Gaining their trust and guiding them to safety is a long and painful process, but local agencies are making progress. 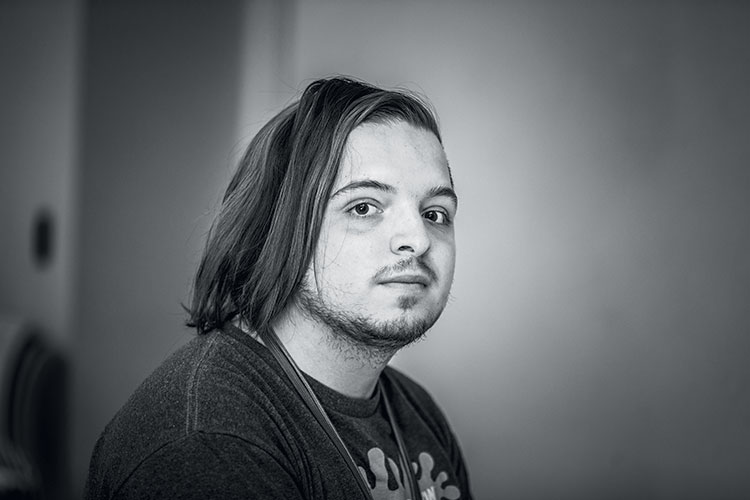 The 22-year-old Indiana County man [last name withheld by request] had fought bitterly with his mother, coming on the heels of other traumas: the death of a beloved grandmother and failure to complete a career training program.

“I come from a pretty racist family, and they found out I’m not attracted to my race,” he explains. “So I got kicked out.”

Unable to think of a positive step, Trace says, he picked up a bottle of bleach and drank it. The liquid burned through his mouth, esophagus and stomach. “I had a suicide attack,” he says calmly. 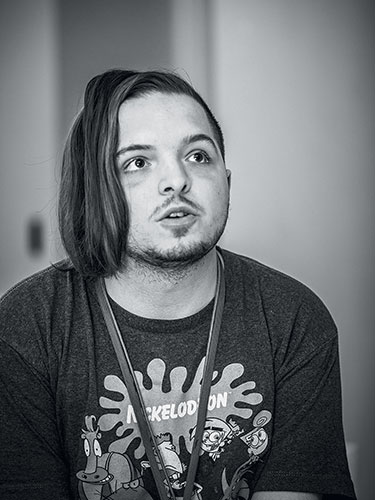 But in many ways, his ordeal was just beginning. LifeFlighted to a Pittsburgh hospital, he was treated in time to save his life. But he was discharged without family members, friends or a bed for the night. Coping on his own in a strange city has been a 24/7 nightmare. But programs that patiently bring youth to safety and independence exist in our region, ready to help.

Young adults like Trace can seem invisible. Two nights a year, Allegheny County conducts a census of all unsheltered homeless people, teens included. But teens often don’t stand up to be counted; these are kids with painful reasons to stay in the shadows.

In 2018, the last official tally, Allegheny County experts found 783 people who were homeless, living outside, living in a car or staying in a shelter or condemned building. Among those were 57 youth between age 18 and 24. But young people may borrow a bed from a friend, and those couch-surfers are not included in the official counts, which may increase the total number of homeless youth several times over.

Across the United States, an estimated 55,000 homeless youth share huge challenges. According to a 2014 Allegheny County report, “their educational levels are half that of their non-homeless peers. Thirty percent have been in foster care, 30 percent are LGBTQ and a significant share have been involved in the juvenile or adult criminal justice systems. The roots of their housing issues include loss of a job, being told to leave their parents’ home or choosing to run away (often because of their sexual orientation) and behavioral health issues.” Males comprise a majority, as women tend to find shelter with families more easily.

While the local Department of Human Services places homeless children 18 and under in foster care, those older than 18 aren’t usually eligible for those homes. But they still need stable housing, permanent connections to individuals who can help them, education or employment, and emotional counseling.

Lenny Prewitt manages the Downtown Outreach Center and Shelter (DOCS), one of a handful of local youth programs providing emergency housing and help. “This is necessary,” he says. “Most young people between 18 and 24, they’re involved with school, college, even marriage. But many of these youth do not have the family connections and supports that most young people between 18 and 24 have.”

They may not have the skills to find work and afford their own place, a cell phone or even a bus pass; they may struggle with addiction and mental health issues. They’re hungry. And they don’t know where to turn for help.

Over the past five years, the county’s Department of Human Services has dug deep for the right strategies to find homeless youth, as well as adults, understand their individual problems and goals and help them define their future. Rapid rehousing programs provide temporary shelter, and connections to behavioral health services and other practical support address the most critical cases. The approach has dramatically reduced local homelessness. Since January 2014, the number of people experiencing homelessness in the annual county tally has been cut by half.

“We’ve very proud of what we’ve done,” says Abigail Horn, who directs homeless programs as deputy director for DHS’ Office of Community Services. “It’s unrealistic on any given day to be at zero, but we aim to have enough resources and capacity to get them into shelter and longer term solutions. It takes a bureaucratic village.” 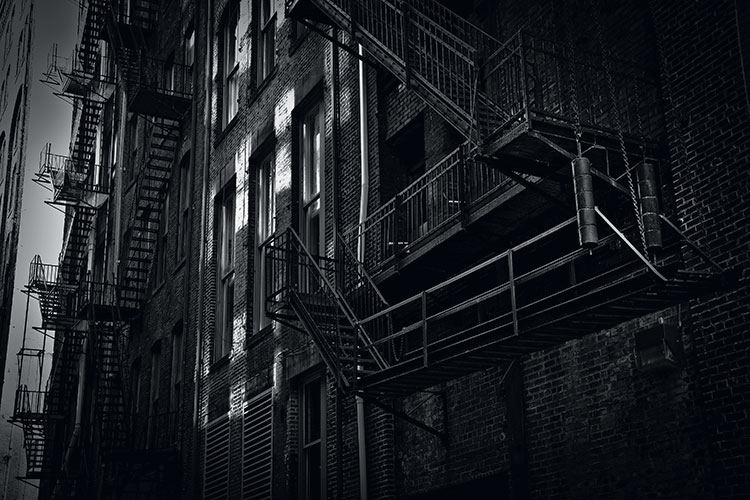 Gaining Trust
By March, Trace faced another crisis. Since his first night on the street last December, he’d often slept at the Downtown winter shelter, open to all. But the program would shut down for the season March 15. He’d burned through other overnight options, trying and rejecting the Downtown Outreach Center and Shelter, then couch-surfing with acquaintances with whom he later quarreled. His iPhone was stolen while he slept; without it, he’d missed an email offering stable housing. He lost his ID cards; without proof of a permanent address, he says, employers he’d applied to wouldn’t respond.

Someone at Resolve Crisis Services, a 24-hour hotline, told him to visit the 412 Youth Zone, which became his daytime refuge. But each evening at 7, he was back on the street — the Youth Zone is a drop-in center. For the 60 to 70 young people who visit daily, it’s home base: a place to find free services such as food, showers, counseling, Wi-Fi and entertainment — but no beds. The Youth Zone is not just a helping hand: it’s a net, connecting youth to more than 80 community services. 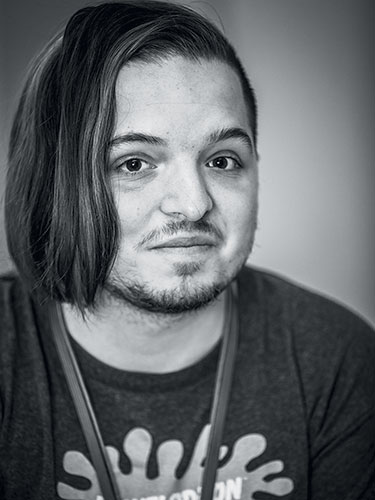 The unique structure of the Youth Zone is deliberate. For a decade before its opening, the county had targeted teens approaching the end of their foster care placements. Coaching them on their choices after their 18th birthday, the Independent Living Initiative has helped them find housing, acquire ID and skills, and apply for jobs and college. “DHS recognized that homeless youth in the same age group would benefit from the same type of service,” says director Aimee Plowman. Beginning in 2016, after researching programs in other cities and discussing ideas with local homeless youth, the Youth Zone opened its doors.

Teens on the street and teens who’ve bounced among foster homes share a wariness about accepting social services. Plowman says that the youth-driven approach at the Youth Zone reduces that anxiety and respects teens’ freedom of choice.

The Zone offers on-site access to counseling and health care. “You have a young person on their own and for whatever reason they’re not thinking clearly. How do you get them to accept counseling or medication? Relationship building is what makes a difference,” says Plowman. “We help them achieve their goal first, and I think that’s what keeps young people coming back.” She recalls a client living in a tent, who insisted that he wanted to stabilize his mental health before he worked on housing. “That was a struggle for a lot of people on my team. It was winter, and that we knew that we could have gotten him into a shelter, but that was not his focus. And so we really had to back off for our own views and biases and meet him where he was — finding a therapist.” The young man received treatment and has lived in the same apartment for the past several years.

Other city drop-in services welcome youth who identify as LGBTQIA+. Persad, in Lawrenceville, and Proud Haven, on the North Shore, host open-door sessions for youth as young as 14 who need a safe place to meet other queer youth like themselves, learn new coping skills and learn more about community resources. Persad also conducts information sessions for those willing to become foster parents to sexual minority youth. Sarah Rosso, former community outreach manager, says five youth have found safe homes through the effort. 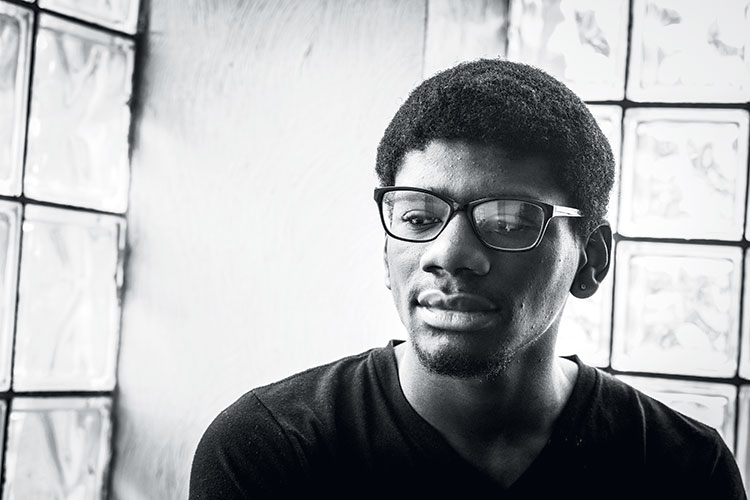 From Street to Shelter
Jamaal [last name withheld] lounges on a couch at the Downtown Outreach Center and Shelter, playing Infinite Warfare on a big-screen television. Youth living here observe a strict schedule: up for a communal breakfast, out of the building for two hours in the morning and another two in the afternoon, and back for meals, counseling, chores and relaxing in the evening. Single beds are lined up dormitory-style, each with a locked safe underneath (staff members keep the keys to protect residents’ belongings). It’s quiet here on a Monday afternoon, with most residents out. 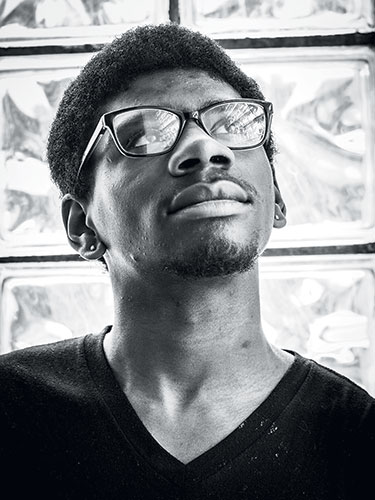 But Jamaal, who’s lived at the Center since November, has the day off from his job at Giant Eagle. He is staying here, commuting to work with a bus pass and saving money toward a subsidized apartment.

“My personal goal is my own place. That’s it,” says the slightly built 22-year-old.

After graduating from high school, his relationship with his family soured — “I did something they didn’t like,” he explains without detail — and he left his North Side home. He thought he could take refuge at the local Light of Life Rescue Mission for homeless adults. Instead, they connected him to DOCS, designed for younger adults. He has found a safe home, with meals, activities, and now, a job. He remains in contact with his brothers and sisters and even attended his mother’s recent birthday party. “This place is enough for me,” he says. “They work hard for us. I give them a thank-you.” 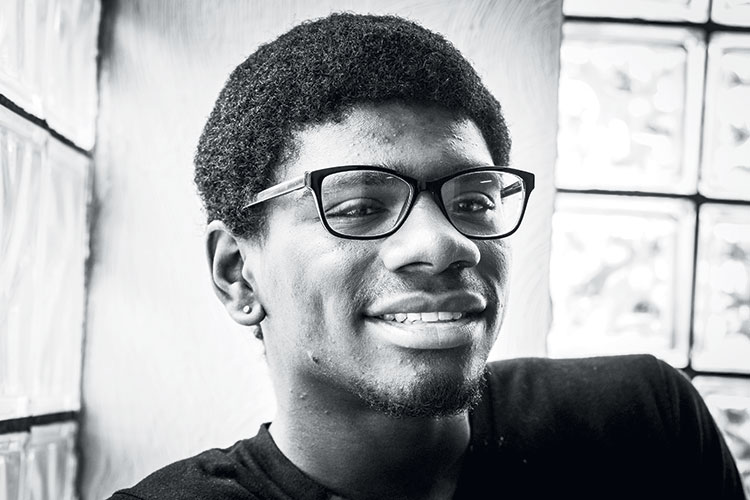 An App for That
Despite their circumstances, Trace and Jamaal were lucky — they found adults who showed them where they could be safe. Human connections — a compassionate teacher, an observant librarian, or a cop on the beat — are a lifeline for homeless youth. Digital connections can provide a roadmap, too.

Four years ago, Maurita Bryant realized that smartphones could solve the need for comprehensive, personalized information for the homeless community. During her 38 years with the Pittsburgh Bureau of Police, she knew that police on the job didn’t have time to research daily bed counts in shelters or provide hotline numbers. BigBurgh, a free web-based app launched in 2016, was the result of a conversation she had with Joe Lagana, founder of the Homeless Children’s Education Fund, and Bob Firth, founder of Informing Design, which created the web app.

The app lets users search for nearly 200 free services sorted to users’ age, gender and family status, and allows them to email street help for an immediate personal response. Staff at shelters and centers can also help those such as Trace to obtain free cell phones from SafeLink, and most have laptop centers where users can use social media or job hunt online. In cooperation with the Homeless Children’s Education Fund and the Pittsburgh Child Guidance Foundation, the app is advertised throughout the Carnegie Library System.

As the sun set on March 15, the Youth Zone staff were working with Trace to find his next home. “There are options, and we’ll help him find one,” says Plowman. “We don’t give up on anyone. You believe that you can change and do better, and we’re going to work with you.”

This article appears in the June 2019 issue of Pittsburgh Magazine.
Categories: Community Feature, From the Magazine, Hot Reads