How Pittsburgh-Area Native Got Role in ‘Making a Murderer’ 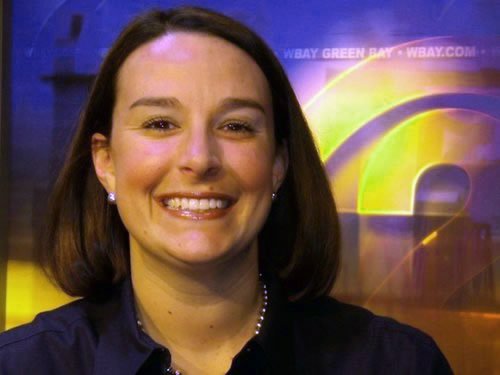 Note: The following post contains spoilers for the first season of the Netflix series “Making a Murderer.”

Just two months into her job as a reporter for WBAY-TV in Green Bay, Wisconsin, Franklin Park native Emily Matesic landed an interview which would help define her career.

On Nov. 11, 2005, Steven Avery – who had made headlines after he was wrongfully imprisoned for 18 years on a sexual assault charge – was charged with the murder of photographer Teresa Halbach. Sensing a scoop, Matesic moved quickly and requested an interview with the suspect.

“As I was covering the story, I knew it was a big deal, especially for Northeast Wisconsin. But I didn’t get caught up in the moment and instead just did my job day in and day out,” she told a blogger for Adweek.

Her intuition paid off; Matesic landed the first face-to-face interview with Avery. Matesic went on to cover the investigation, trial and sentencing in the Steven Avery case, all of which is depicted in Netflix’s 10-part true crime series “Making a Murderer.”

After reading about the Avery case in the New York Times, filmmakers Laura Riccardi and Moira Demos (then film students at Columbia University) moved to Wisconsin to follow the trial. The result?

The resulting series has drawn viewers from around the world, many who say they believe Avery was the subject of a conspiracy carried out by law enforcement officials. Avery, who was convicted in 1985 for the rape of Penny Beernsten and sentenced to 32 years in prison, was later exonerated in 2003 after serving 18 years behind bars.

He subsequently sued the Manitowoc County sheriff’s department for $36 million. Two years after his release, he was arrested for killing Halbach; he was later convicted and sentenced to life in prison without parole. Since the release of the documentary, hundreds of thousands of viewers have signed online petitions demanding Avery's release; many have suggested the police sought retribution for the lawsuit.

Almost a decade later, Matesic, a graduate of North Allegheny High School, is now receiving media attention because of the Netflix series’ popularity. On January 15, she appeared on Dr. Phil to share her experience interviewing Avery –– but she didn't offer her opinion on the accuracy of “Making a Murderer.”

“I’m a journalist. I’m here to report facts,” she later told the Pittsburgh Post-Gazette. “For people in Northeast Wisconsin, they know more of the story than what was shown. People outside see it more as entertainment, but Teresa Halbach was a big part of her community… I have a good friend who went to college with Teresa, and I run into her brother. I think for the victim’s family and friends it has opened a wound.”