How Music Can Keep Us United

Homewood’s Afro-American Music Institute continues to provide students with the power of music. 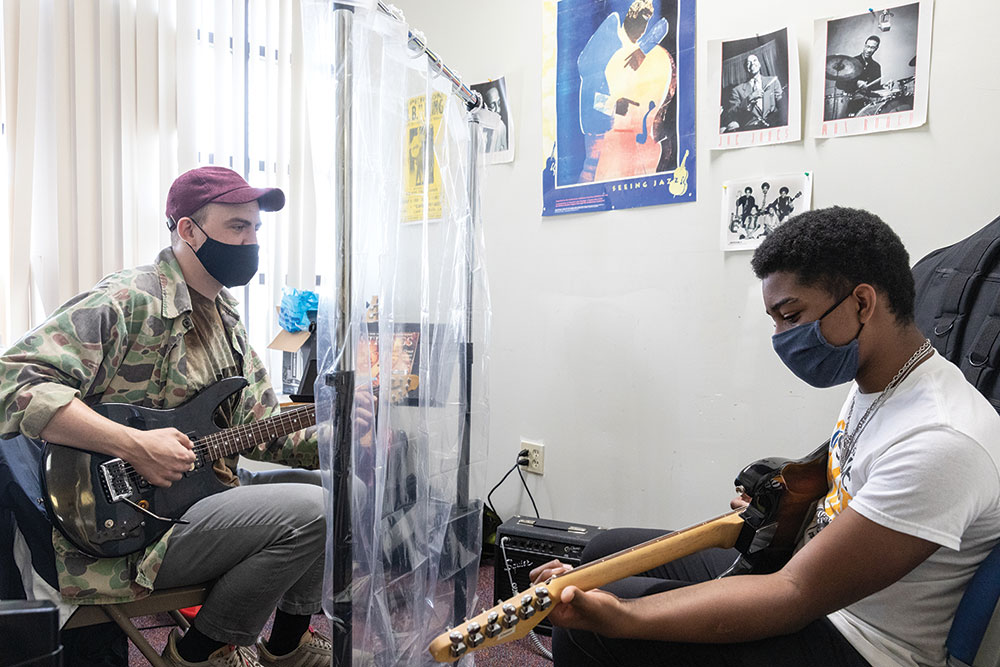 The Afro-American Music Institute had to pivot in response to the COVID-19 pandemic, conducting some classes virtually and others in socially distant classroom settings. A year of economic uncertainty and the public-health crisis has not, however, diminished the community’s demand for music education.

“To my surprise, we had record-breaking enrollment for the fall,” says co-founder Dr. James Johnson. “The power of music opened the door.”

That philosophy — that music and music education go beyond the arts — is a guiding principle for the organization, which Johnson co-founded with his wife, Pamela, in 1982. He is quick to cite numerous examples from his own life of ideologically separate groups brought together over live music; during a year of social unrest, he believes that power is as vital as ever. 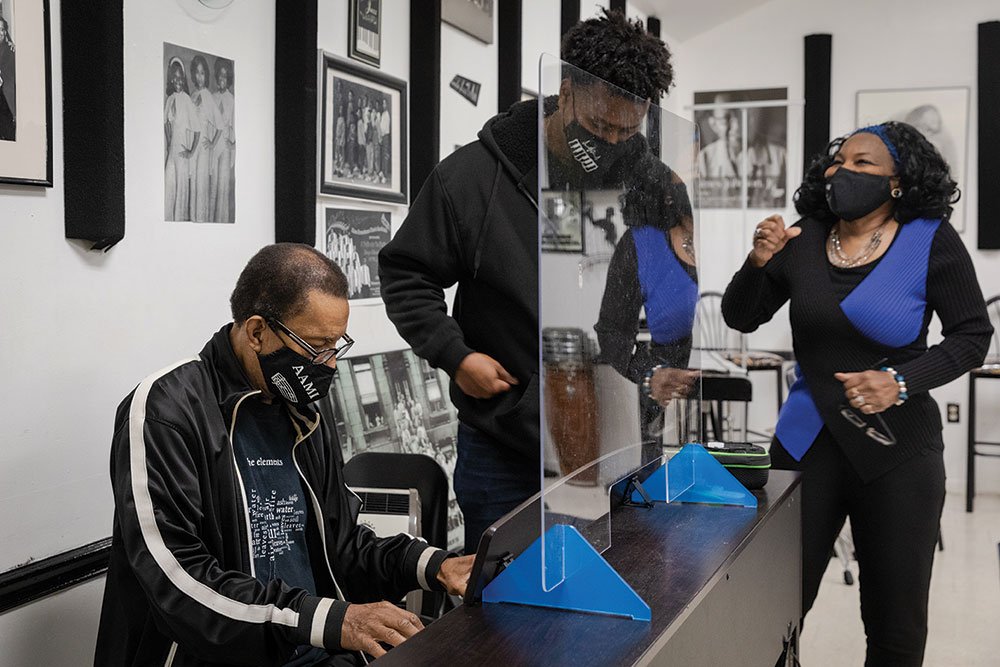 “Right now in this ignorant world that we are in, where people are hating and trying to destroy each other, music may be the last line of defense.”

The recognizable building on Hamilton Avenue in Homewood (pictured on opposite page) has served as the institute’s home since 2002; classes were initially held at St. James A.M.E. Church in East Liberty before relocating to another Homewood location, on Tioga Street, in the late ’80s.

In addition to choirs, group instruction and the institute’s Youth Jazz LAB ensemble program, the institute offers one-on-one classes in a wide variety of instruments. “We offer everything except harp, harmonica and bagpipe,” Johnson jokes. 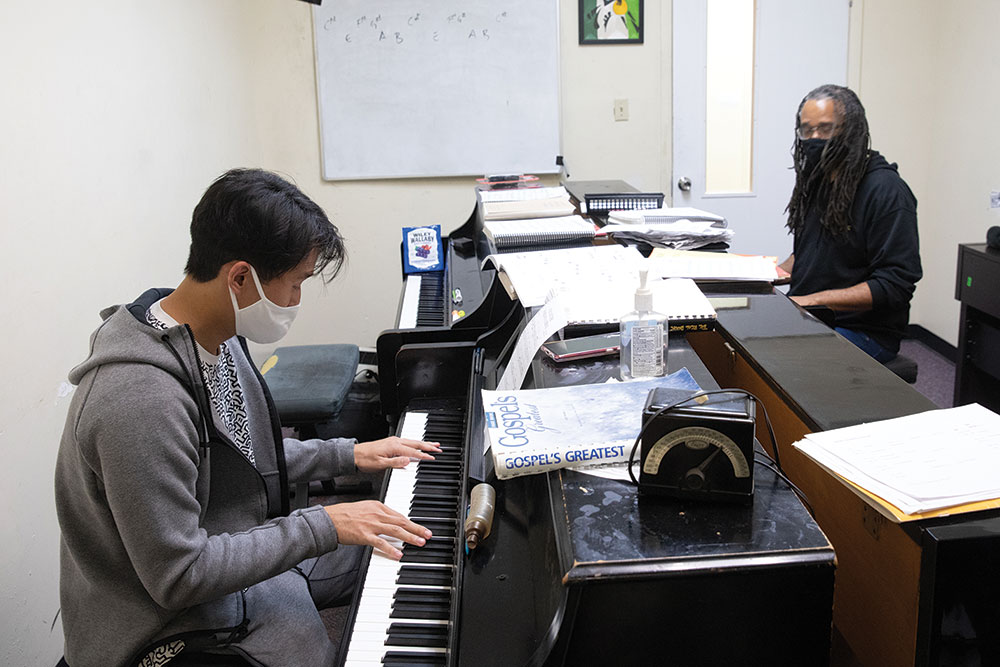 Unlike programs that specialize in certain disciplines, the institute has long sought to combine “both a sacred and secular curriculum” to instruct across genres, Johnson says. “We try to look at it from the whole perspective … jazz, blues, gospel, Negro spirituals, Black art music, Broadway.

“I think the flexibility of our organization is why we can do a lot of these things … We didn’t want to have limitations on what we could and could not do.”

Johnson, who teaches classes including jazz improvisation and advanced voice, is quick to emphasize the importance of music in a young person’s academic development. “Students who study music, we now know … They get better grades. Music has the brain working cooperatively more than any other discipline. 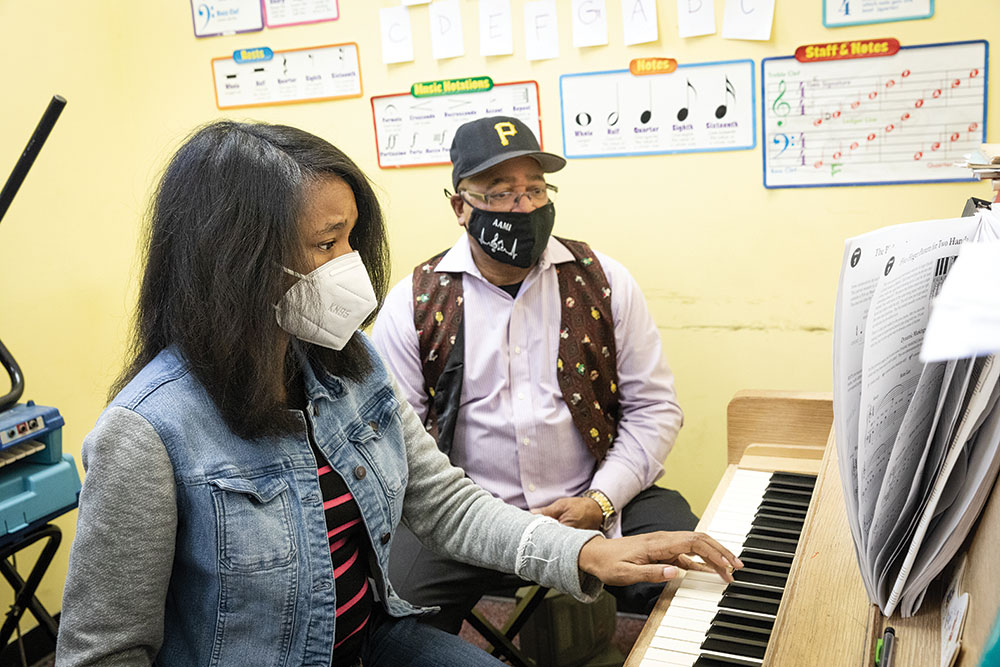 “There are scientific reasons for that, yet we are taking music out of schools. That’s backward.”

The Afro-American Music Institute’s offerings are not limited to youth programs. Music therapy programs, especially aimed at senior citizens, are offered, Johnson says, occasionally by doctor’s recommendation. Expansions of the institute’s programming such as music therapy are a result of support from the city’s foundation community, he says; grants have “helped us to further manifest our dreams in terms of what we consider a music utopia.”

Even with strong enrollment and grants, community support is necessary to help any arts organization reach as many people as possible. Donations can be made at afroamericanmusic.org; donors should know, as Johnsons says, that their dollars “help keep hope alive  — through music and education.” 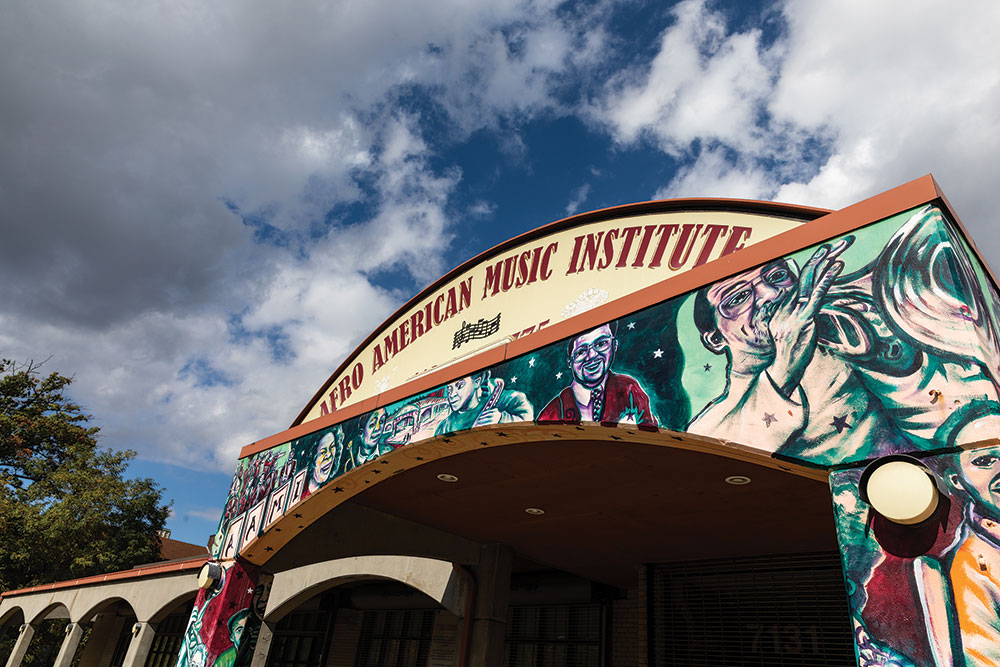